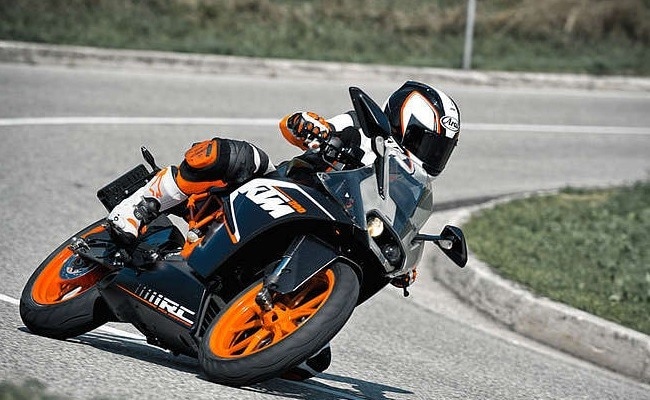 In a bind to make roads safer for two-wheelers in India, the government has reportedly decided to mandate 'Automatic Headlamp On' (AHO) in two-wheelers from 2017. This means, from April 2017, two-wheelers in India, like some of the high-end bikes and the daytime running lights (DRLs) that we find in cars, will come with headlights that stay on as long as ignition is on. While officially the new AHO headlights will be offered from next year, KTM India has already equipped its updated series of Duke and RC bikes with auto headlamp function as standard fitment.

Essentially, the two-wheeler manufacturers will now remove the on/off switch seen on the right handlebar located between the engine kill switch and the electric start button. This means, henceforth new bike owners will not be able to switch off the headlamp when the bike is turned on, which will help in improving overall visibility. DRLs or AHOs are currently mandatory in several developed markets and the government is trying to mandate this rule in India as well. This has been a feature in European countries since 2003.

Apparently a Supreme Court-appointed committee on road safety had earlier pushed the proposal. The committee has emphasised on the point that AHO has been found beneficial in reducing crashes involving two-wheelers in many parts of the world. It has been told that experts from automobile safety said AHO has improved visibility of and for two-wheelers during day and at dawn and dusk. According to a report, two-wheelers accounted for being the single category of vehicles that have met with the highest number of fatal road crashes (32,524) in 2014.

As of now it is not clear whether two-wheelers from every segment will get auto headlamps as mandatory or just a particular category. In any case, currently bike manufacturers like Kawasaki, KTM and Harley-Davidson offer auto headlamps as standard fitment in mid-segment bikes.