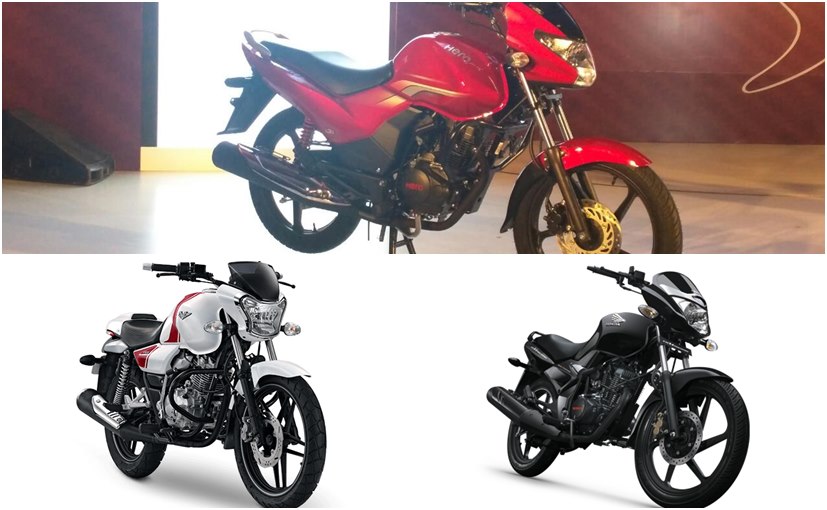 The 2016 Hero Achiever 150 today finally went on sale in India with new styling and an updated 150cc engine. In India, Hero's latest premium commuter will go up against the likes of the Bajaj V15 and ex-partner Honda 2Wheelers India's CB Unicorn. The more recent Bajaj V15 has been very successful in India garnering huge amount of bookings, whereas, Honda's CB Unicorn has been in the market for the longest time and is still largely popular among buyers. So, will the new Achiever 150 be able to stand against such stiff completion? We put everything on paper to find that out. 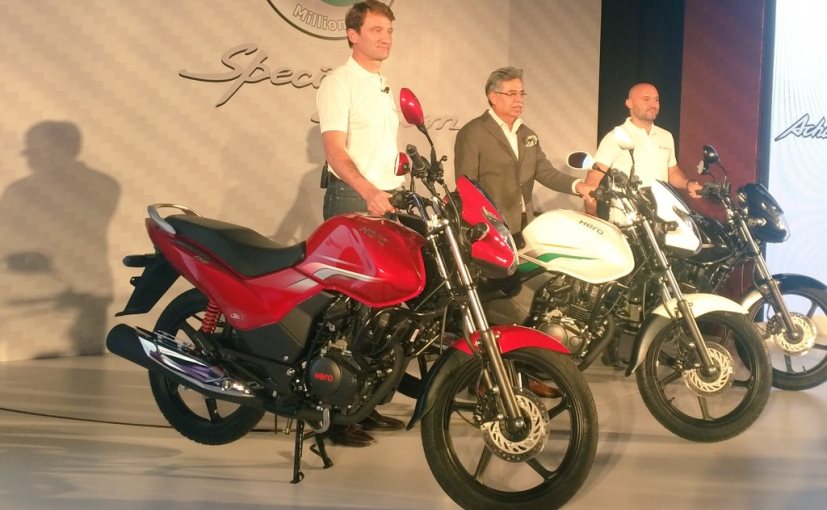 Rival Bajaj's V15, on the other hand, comes powered by a 149.5cc Single cylinder, 4-stroke, SOHC 2 valve, Air cooled, DTS-I engine. The motor churns out a maximum of 11.8bhp at 7500rpm, which is about 1.6bhp less compared to the Achiever, but the V15 does develop a bit more peak torque of 13Nm at 5500rpm. The motor comes mated to a similar 5-speed gearbox. 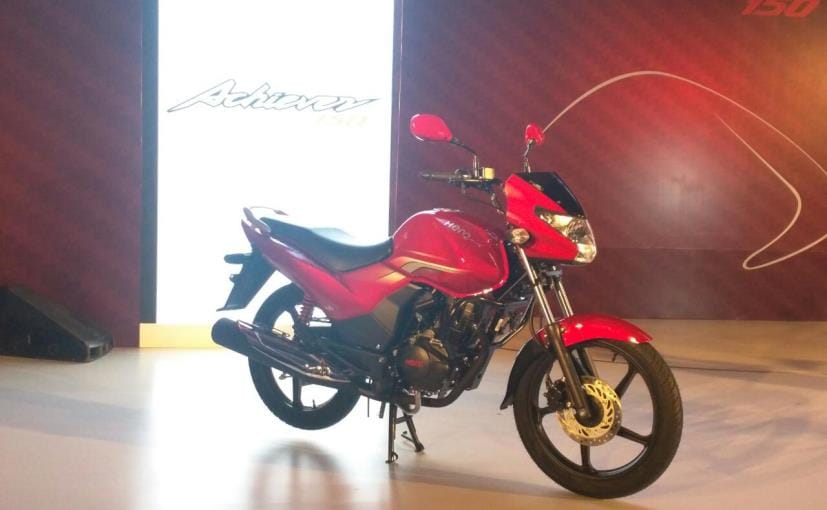 Coming the bikes' cycle parts, the new Hero Achiever comes in both disc brake and drum brakes variants. While the front wheel comes with the option of either a 240mm hydraulic disc brake or an expanding shoe type 130mm drum brake, the rear wheel gets the 130mm expanding shoe type drum brake as standard. As for the suspension system, the bike comes with hydraulic shock absorbers up front and adjustable twin-spring loaded hydraulic shock absorbers at the rear. The new Achiever also gets 18-inch alloy wheels shod in 80/100 tubeless tyres for both front and rear wheel.

As for the Bajaj V15, it comes with a 240mm disc brake up front and 130mm expanding shoe type drum brake at the rear as standard. The suspension system is a bit better in the V15 as the bike comes with telescopic front forks and gas filled twin-spring loaded hydraulic type rear shock absorbers. Pegged as a commuter that is capable of doing a bit of touring as well, the Bajaj V15 gets 18-inch wheels up front and 16-incher at the rear. While the front wheel is shod in 90/90 tubeless tyre, the rear wheel comes with wider 120/80 tubeless tyre, which makes the V15 a better package compared to competitors.

The much more popular and older Honda CB Unicorn gets a similar braking system as the Bajaj V15, with 240mm disc for the front wheel and 130mm expanding shoe type drum brake for the rear one. The Unicorn gets a better suspension set up as well with telescopic forks up front and a Spring loaded hydraulic type monoshock at the rear. The bike comes with both 18-inch alloy wheels, both front and rear, shod with 80/100 and 100/90 tubeless tyres respectively. 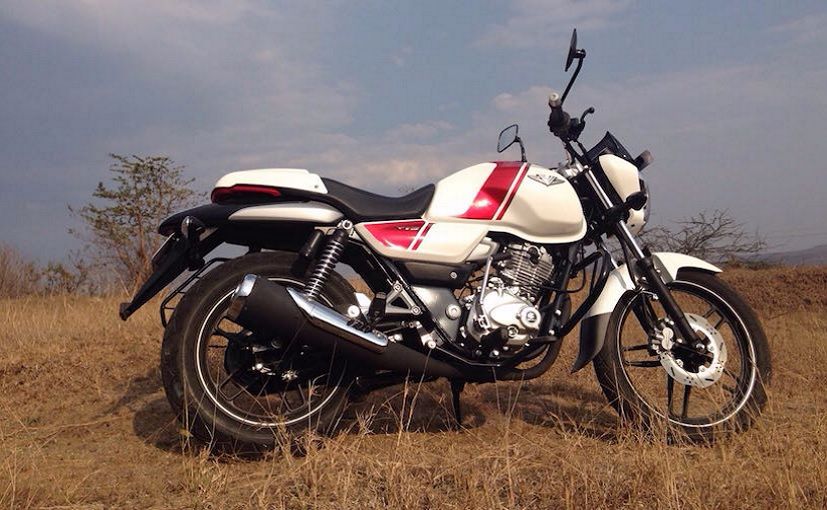 While Hero has worked upon the design of the new Achiever 150, the bike just looks like a more stylish version of the previous model. Hero offers the bike in three colour options -Panther Black, Candy Blazing Red and Ebony Grey. The bike also comes with 3D 'Hero' badging on the tank and some basic graphic along the lower section of the tank and side panels. In terms of dimensions, the bike measures 2060mm in length, 762mm in width, and 1086mm in height. It has a wheelbase of 1290mm and a ground clearance of 160mm along with a fuel tank capacity of 13-litres.

Hero also brings a limited edition Achiever 150 along to celebrate its 70 million customers. Only 70 examples of this special edition bike will be sold in India. The bike comes in a special colour scheme with tri-colour graphics on the base white shade.

The Bajaj V15 on the other hand, has a very quirky design, so though personally I like it that cannot be said for everyone. Moreover, the V15 uses the metal from India's first aircraft carrier - INS Vikrant, which is why you'll find a distinctive 'V' badge on the tank and a stylish dual tone colour scheme. The V15 also comes in three distinctive colour options that include - Heroic Red, Ebony Black and Pearl White. Dimensionally the bike measures - 2044mm in length, 780mm in width, and 1070mm in height. The bike comes with a wheelbase of 1315mm, a ground clearance of 165mm and the same 13-litre fuel tank. 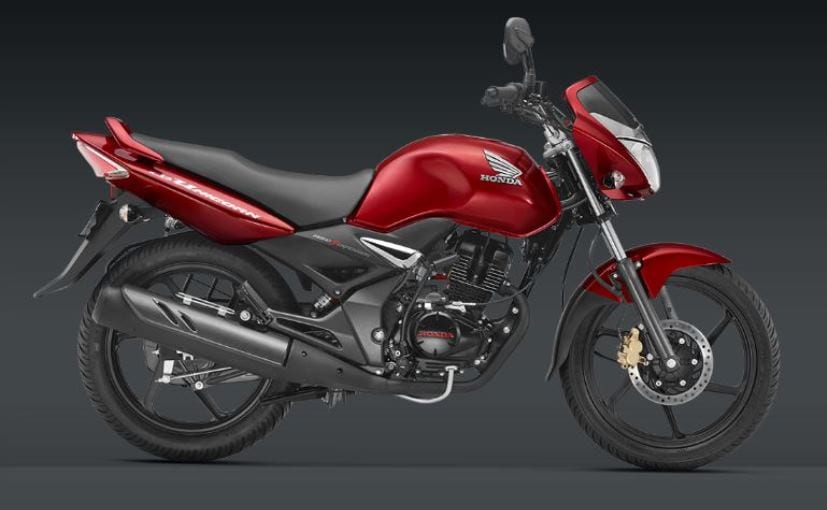 The Honda CB Unicorn 150, on the other hand, sits right between the Achiever and V15 in terms of looks. The bike has a styling profile that will suit those who want something better looking than the Achiever 150 but not at quirky as the V15. Even the CB Unicorn gets a nice 3D Honda badging on the tank. It is the longest among all three with a length of 2095mm, has a width of 756mm, and a height of 1100mm. The CB Unicorn comes with a wheelbase of 1340mm, a ground clearance of 179mm and the same fuel tank capacity of 13-litres.