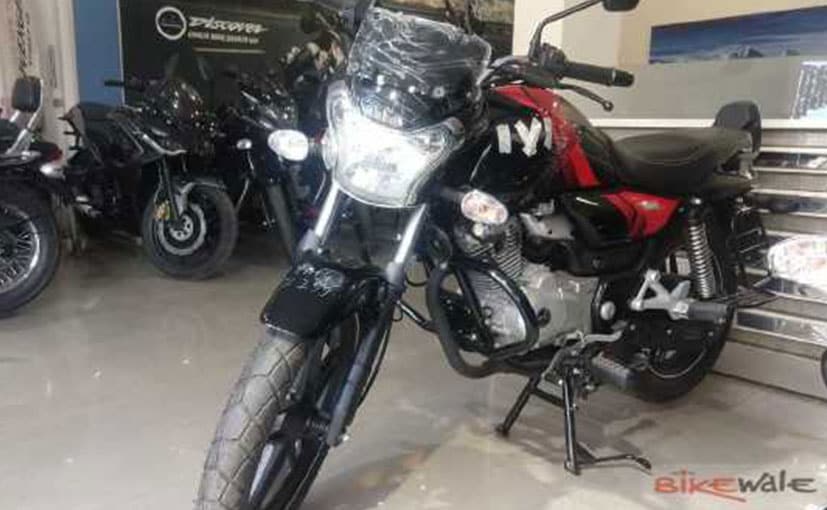 The Bajaj V15 was launched in 2016 amidst much fanfare and the 150 cc motorcycle has now received its first major update since launch. The 2019 Bajaj V15 has started arriving at showrooms across the country priced at ₹ 67,187 (ex-showroom, Mumbai) and the bike is now available with several features including an update in power output. The updated V15 is also being badged as 'Power Up' owing to the hike in its brake horsepower. The bike also sports new graphics and a revised gear shift pattern as part of the changes.

In terms of the powertrain, the 2019 Bajaj V15 Power Up uses the same 149.5 cc air-cooled, single-cylinder engine that is now tuned to churn out 12.8 bhp, an increase of 1 bhp in power, while peak torque stands at the same 13 Nm available at 5500 rpm. The 5-speed transmission has been carried over but now gets the 1-down, 4-up, pattern as opposed to the all-down pattern that was seen since the launch model.

The 2019 Bajaj V15 also gets bolder graphics on the fuel tank and the side panels, while features like the analogue instrument console remains the same. The bike continues to be suspended by telescopic forks up front and twin shocks at the rear. Braking performance comes from a 240 mm disc up front and a 130 mm drum brake set-up at the rear. ABS is still missed on the V15, but expect the safety feature to be offered before the April 2019 deadline.

The Bajaj V15 garnered a lot of hype given its association with the INS Vikrant warship that served the Indian Navy. When dismantled, the metal from the ship was bought by Bajaj and used for the production of the V15. The cruiser-like styling with commuter ergonomics were also appreciated on the V15, along with its thump-like exhaust note. The 2019 Bajaj V15 Power Up takes on the Honda Unicorn 150, Yamaha SZ-RR and the Hero Achiever in the segment.