Latest patent applications reveal that Honda may be looking at a whole new direction in autonomous motorcycle riding. While radar-based adaptive cruise control may be the latest technological innovations made in the motorcycle industry, Honda's patents now reveal a system that will provide steering assistance as well as automatic acceleration and braking. The technology is getting well-established in modern passenger cars, with driver assistance systems rapidly making improvements. In the motorcycle industry, the Ducati Multistrada V4 will be the first production motorcycle to sport radar-based adaptive cruise control, and the same technology, developed by Bosch, will also feature in the updated 2021 BMW R 1250 RT, which maintains a constant distance from vehicles ahead, automatically controlling the throttle and brakes. 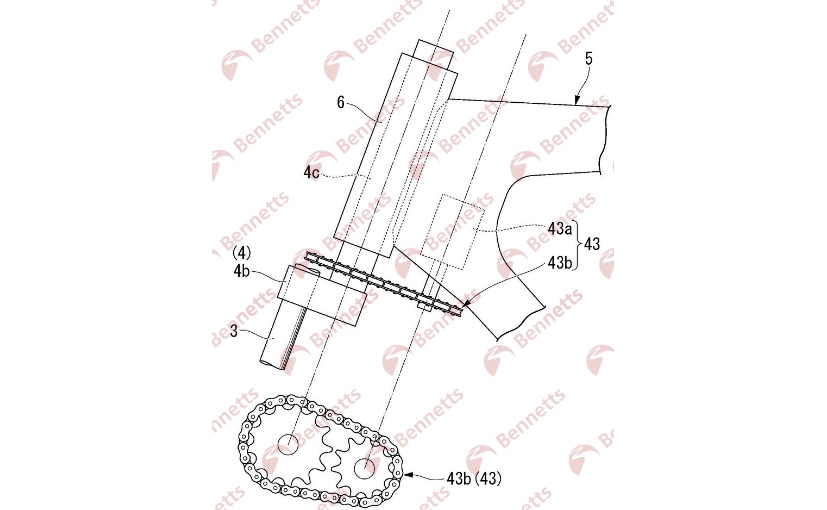 The patent documents show a servo motor mounted behind the steering head with a chain connecting it to the bike's forks.

Honda's system is also the Japanese brand's own version of adaptive cruise control. But it goes one step further to also include a steering assist system. The patent documents show a servo motor mounted behind the steering head with a chain connecting it to the bike's forks. The motor is designed to act somewhat like an adaptive steering damper, helping to prevent or control unwanted head-shakes, but the patent also suggests it can steer the bike itself, particularly when it comes to lane-changes on the highway. 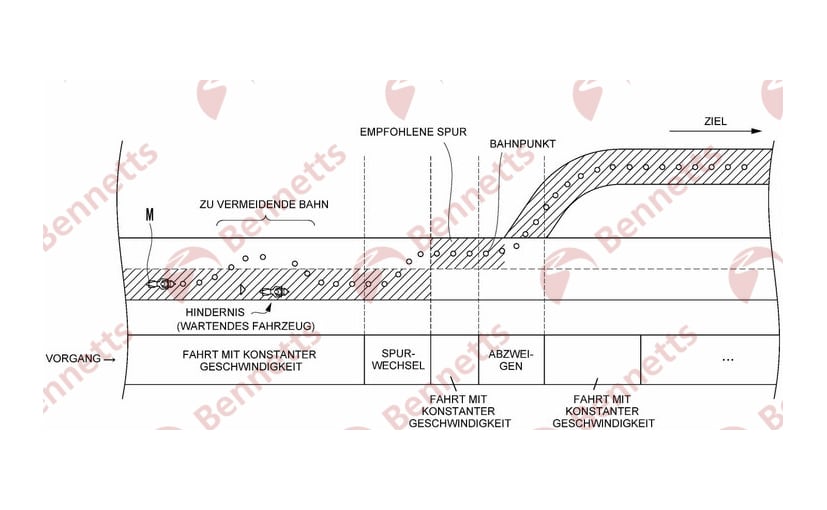 The patent images demonstrate how the addition of steering control will allow the bike to automatically change lanes and even follow satellite navigation instructions, like leaving an expressway at an exit without any help from the rider. Steering inputs can also be applied automatically to counter strong side-winds, and also assist in emergencies, acting along with traction control and ABS to prevent crashes. The system also seems to incorporate adequate safeguards as well, ensuring that the rider is alert and is aware of the system offering its inputs.

The document shows a camera mounted on the bike's dashboard, pointing at the rider's head, and another in the tail unit, looking at the rider's back. The idea is for the onboard computer to monitor the riding position and add that data into the calculations, helping the bike's computer decide whether the rider is alert and assisting in deciding whether the inputs at the handlebars are intentional or accidental. The idea behind such advanced rider assistance systems may seem a little far-fetched right now, but there's no mistaking the path autonomous driving technology is taking. Having a computer take over the controls of a motorcycle may seem somewhat scary, but if it works reliably, it may actually end up reducing rider fatigue, particularly on long highway rides.