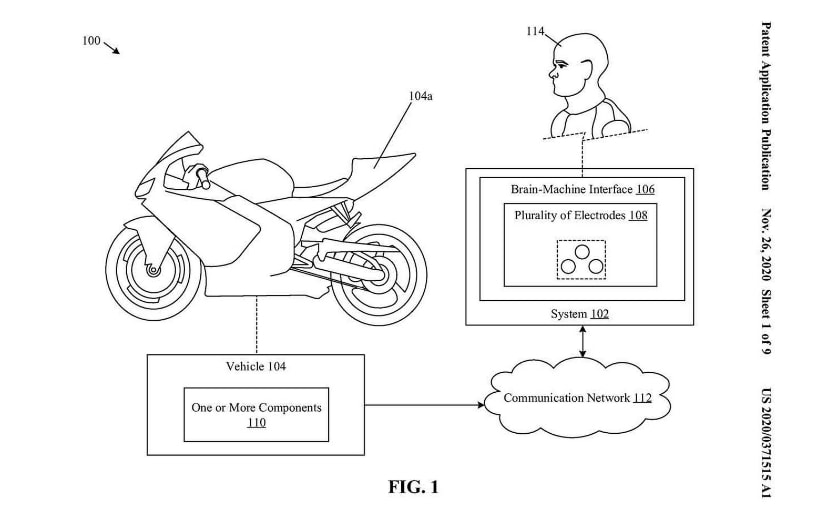 Honda has filed patents for new technology which shows that the Japanese giant is working on a bran-wave detection system to help future motorcycles understand and know their rider's intentions. The idea is to help onboard safety systems ensure the bike does what the rider wants, even if the actual rider control inputs are not accurate, and help avoid a potential serious crash. The new patent application was filed with the US Patent and Trademark Office by Honda's Los Angeles based R&D facility, and it aims to improve the way man and motorcycle interact. 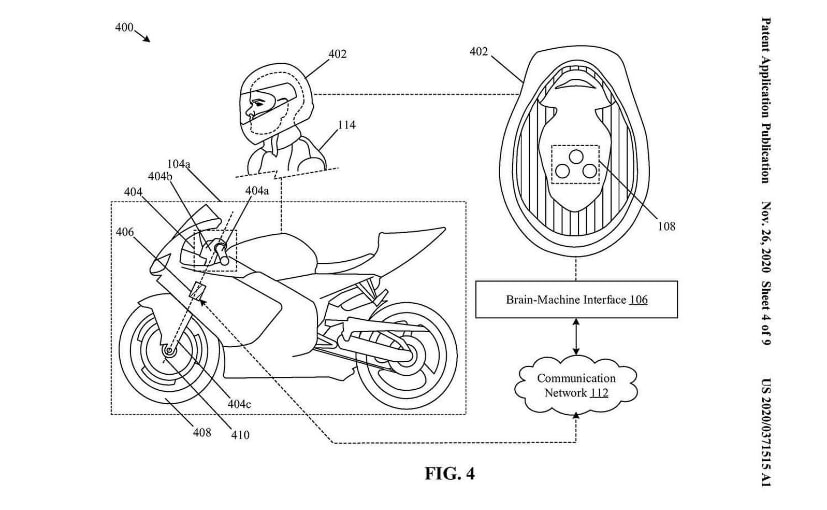 The BMI interprets brain-wave signals through built-in electrodes in a helmet, and then sends those signals to the bike.

The system is built around what Honda calls a "Brain-Machine Interface" computer that interprets brain-wave signals through built-in electrodes in a helmet, and then sends those signals to the bike. The motorcycle is equipped with all the contemporary electronic rider-aids available with any high-end premium bike.

So, it has the customary inertial measurement unit (IMU) which measures lean angles and the motorcycle's dynamics, along with computer-controlled lean-sensitive traction control and anti-lock braking system (ABS), and electronic ride-by-wire throttle. The only additional feature will be a sensor measuring steering angle and an actuator to move the steering itself if the on-board computer decides the rider's steering input is not enough and electronic steering intervention is required. 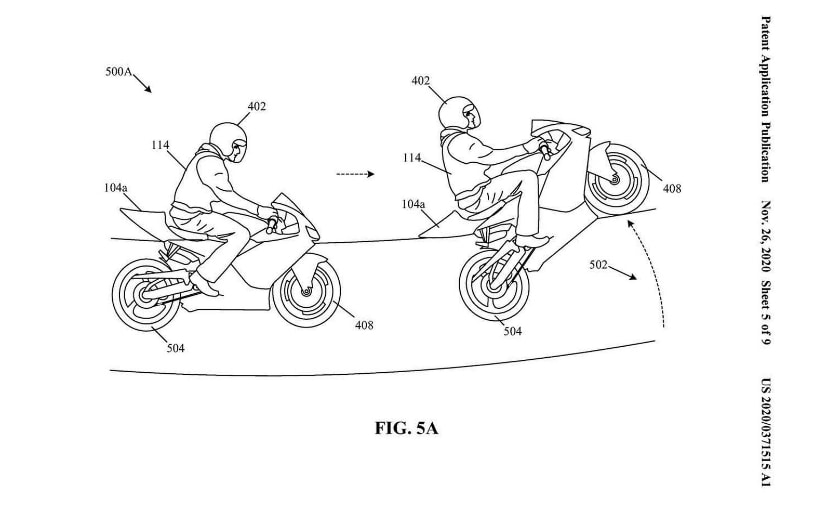 Honda actually uses the example of a wheelie and stoppie as examples of the rider's mind and intention to carry out such manoeuvres. While we at carandbike condone pulling such stunts on public roads, there's of course a sense of immense satisfaction at being able to pull off a near perfect wheelie. And it takes a lot of practice, experience and skill, to be able to pull off a perfect wheelie. According to the patent, in such instances, when the rider is getting ready to pull a wheelie, the bike could sense inputs, including brain waves, which may be "indicative of the user's intent to perform the wheelie" and actually assist the rider by taking over control of various aspects of the bike automatically.

More importantly though, the BMI could act like electronic training wheels for riders with less experience, and even help avoid serious crashes due to inexperience. And according to the text accompanying the patent filing, the BMI can even adapt to an individual's skill level, and gradually offer less electronic compensation as the rider begins to get more riding experience and improve his riding skills and corresponding inputs to the motorcycle.