According to a media report, Honda Motorcycles and Scooter India (HMSI) has deferred commissioning of a third assembly line due to slowdown in demand.

Honda Motorcycle and Scooter India (HMSI) has reportedly put off commissioning a third assembly line at the company's Vithalpur plant in Gujarat due to the market slump brought on by the COVID-19 pandemic. According to a report in ET Auto, HMSI's Director of Sales and Marketing, Yadvinder Singh Guleria is quoted as saying that Honda's existing capacity is enough to meet market requirements in the near term. According to Guleria, while demand in June was better than anticipated, it is difficult to ascertain when normalcy will return to the market.

"While we have fared better in June, with retail sales close to 75 per cent of pre-COVID levels, to draw sales estimates based on these numbers is difficult. There are cities which are getting in and out of lockdown," Guleria is quoted as having said. 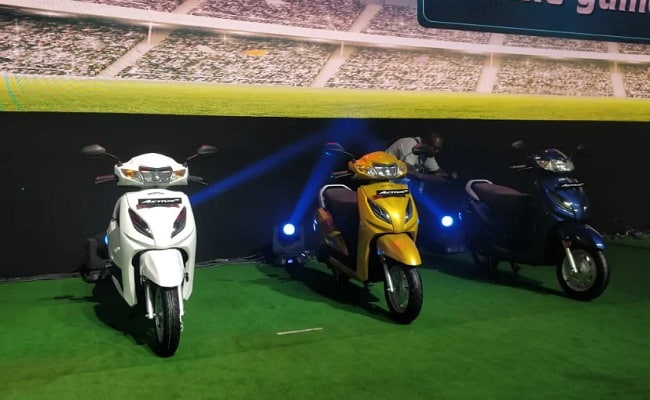 The Vithalpur manufacturing plant in Gujarat is a scooter-only facility

carandbike reached out to HMSI to confirm the news of the third assembly line commissioning at the Vithalpur plant being deferred, but so far, there's been no concrete response. Honda had invested ₹ 630 crore to expand capacity by 6 lakh units at its Gujarat plant, a scooter-only manufacturing facility. While construction of the additional assembly line at the plant is complete, Honda will decide on commissioning the unit based on market demand. The plant already has a capacity of producing 12 lakh units.

Sales of two-wheelers across manufacturers has been a washout in the first quarter, and overall domestic two-wheeler sales are expected to decline in double digits in the current financial year. The good news is that an internal survey by HMSI over the last two months has indicated a gradual recovery in demand. HMSI has total installed capacity of 64 lakh across its four manufacturing facilities in Haryana, Rajasthan, Karnataka and Gujarat. Guleria however cautioned that with the first quarter sales a near total washout, it will be extremely difficult to recover sales in the remaining nine months for the entire year.

In June 2020, Honda despatched nearly 2 lakh 11 thousand two-wheelers, a three-fold hike over the company's sales in May 2020. However, year-on-year, Honda witnessed a 55 per cent decline in sales, down from 4,76,364 units sold in June 2019. Honda however is going ahead with new two-wheeler launches as planned for the financial year.