The Hyundai Kona Electric exploded in an owner's garage in Montreal, Canada and has prompted an investigation by the automaker to determine the cause of the explosion. 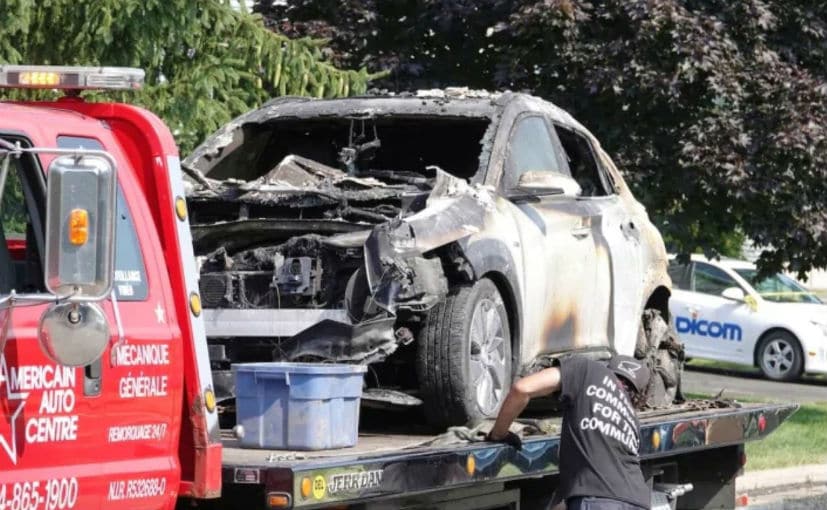 View Photos
The Hyundai Kona Electric was parked in the garage when the explosion happened, according to the owner

The all-electric version of the Hyundai Kona exploded in an owner's garage in Montreal, Canada recently, prompting an investigation by the automaker. According to the owner - Piero Cosentino, the Hyundai Kona Electric was parked in his garage when the incident happened and according to him was unplugged from the charging point. The blast blew the garage door off in the process, while also leaving the roof partially destroyed. Local firefighters managed to douse the fire and no one was injured. Hyundai Canada has now launched an investigation into the incident. Cosentino had purchased the Kona EV in March this year.

While there have been conflicting reports whether the Hyundai Kona EV was plugged in or not, the cause of the incident is yet to be determined. In a statement to Automotive News Canada, Hyundai Canada spokesperson Jean-Francois Taylor stated, "We have indeed been in contact with the customer. We are working with authorities and fire investigators in Montreal to understand the root cause of the incident, as this is not yet known. As is always the case, the safety of our customers is our first priority and we will push to fully understand the issue as quickly as possible." 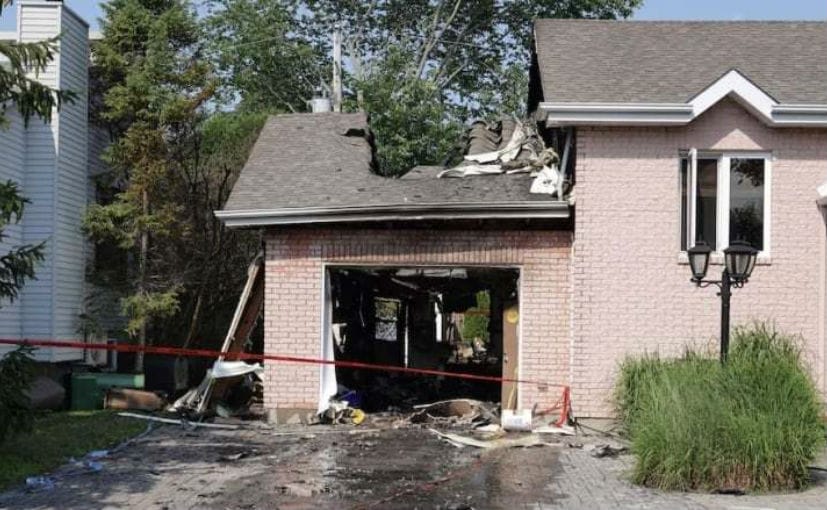 The explosion threw the garage door to the end of the street, while the roof was partially destroyed

The reason why the Hyunda Kona EV catching fire is global news is the fact that electric cars are new world over. That said, an electric vehicle catching fire is as common as a incidents of an internal combusion engine (ICE) vehicle catching fire. In fact, fossil-fuel powered cars have had more incidents of fire than EVs globally. According to report by electric carmaker Tesla's safety report for 2019, its cars are eight times less likely to catch a fire when compared to a standard vehicle. However, Tesla did report a fire incident in Shanghai due to a faulty battery module in January this year, while carmaker NIO recalled 4803 units of its EVs in China after fire-related incidents in May, 2019. Mitsubishi had stopped production of the Outlander plug-in hybrid crossover in 2013 after the lithium-ion battery melted in one of the cars at a dealership and another caught fire at the plant. 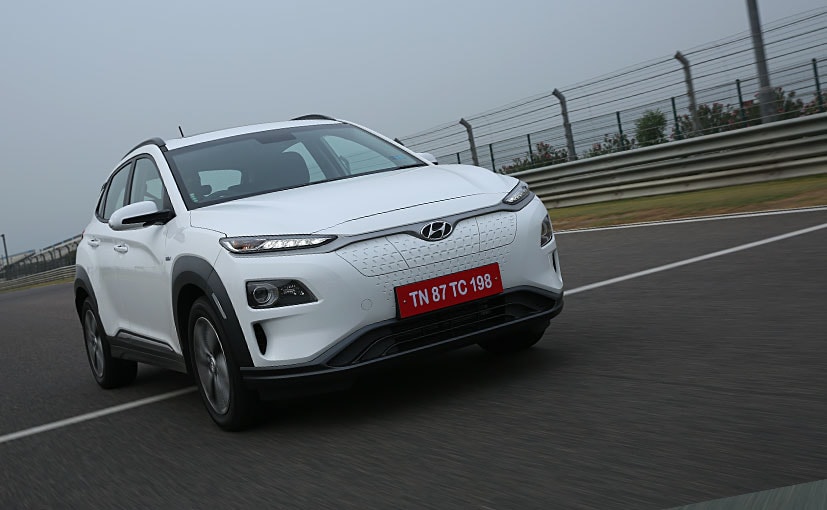 This is also the first such incident of the Hyundai Kona Electric catching fire, which leaves a lot more room for assumption. The case, which is said to be the first reported of its kind is being investigated both by Hyundai and Transport Canada, to determine the cause. Then, there's also the ambiguity whether the vehicle was plugged in or not. That said, we expect a more detailed report on the cause of the fire and the solution, if needed.

Meanwhile, Hyundai India recently launched the Kona Electric in India and the country's first electric SUV is off to a good start. The SUV promises a range of 452 km on a single charge from its 39.2 kWh lithium-ion battery. The 100 kW electric motor on the Indias-spec model produces 131 bhp and 395 Nm, and can sprint from 0-100 kmph in 9.7 seconds. Hyundai aims to sell about 500 units of the Kona Electric in its first year of sales, and has already garnered over 120 bookings.