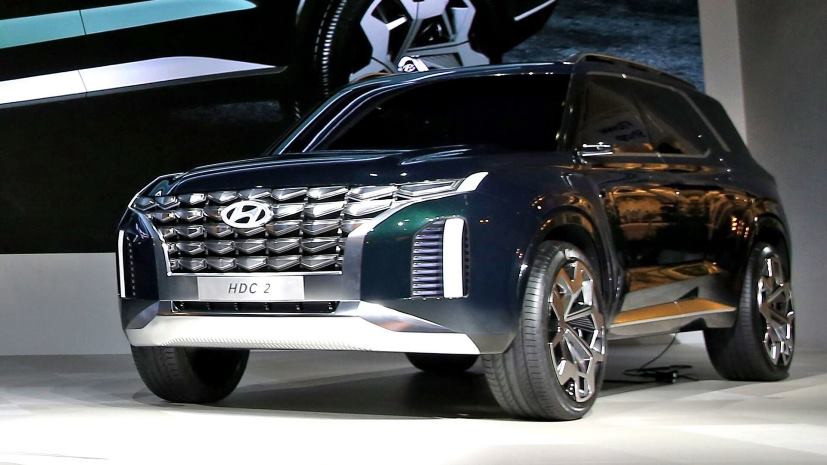 View Photos
The concept name of Grandmaster is derived from the game of chess.

Hyundai showcased an SUV concept at the 2018 Busan International Motor Show. Making its debut at the 2018 Geneva Motor Show, the Le Fil Rouge concept car highlights Hyundai's evolved design direction under the theme of 'Sensuous Sportiness' and this new one takes it further. It's called the HDC-2 Grandmaster and it reinterprets Hyundai's design DNA, and is designed through harmonization of four key elements - proportion, architecture, styling and technology - thereby bringing according to Hyundai, 'emotional value and desirability.'

The concept name of Grandmaster is derived from the game of chess. While the world's finest chess champion is called the grandmaster, the concept vehicle is named to indicate that just as the sum of all chess pieces completes the game of chess, all forthcoming Hyundai vehicles will come to form a harmonious vehicle line-up demonstrating the Hyundai Look while each maintains distinctive character and role.

The new approach of 'Light Architecture' creates a perfect silhouette to the front and the rear and the design elements just add to the overall look of the car. What we're seeing here is probably a sneak preview into a fullsize SUV which is likely to be positioned above the seven-seater Santa Fe which will make its international debut next year. This might very well be the spiritual successor of the Veracruz.

It's unlikely that it'll make its way to India though, unless market dynamics change that quickly. But yes, it's an SUV and the trend is a global one, so, you never know, do you?