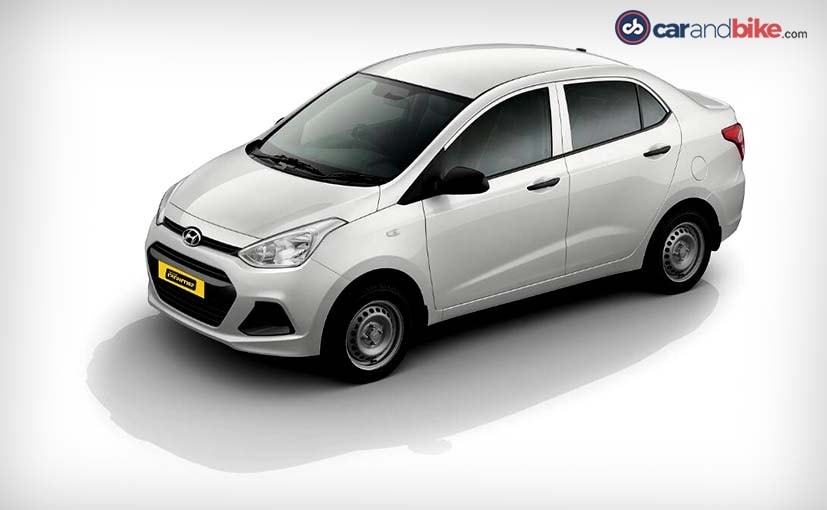 Hyundai had launched the Xcent subcompact sedan in 2015 and though it had been selling decent numbers in the range of 4000 to 5000 units on an average every month, the company brought out a facelift of the car in April this year. The pre-facelift car is now on sale for the taxi market, which the company calls as the Xcent Prime. We'd already told you that the South Korean manufacturer would be selling cars for the taxi segment under the 'Prime' nomenclature and now there's good news for these taxi operators.

Y.K. Koo, MD and CEO, Hyundai Motor India, said that "The company is all set to bring out a CNG variant in the Xcent Prime and this will be launched in September." The CNG unit will be factory fitted and will be only available with the petrol variant of the Xcent Prime which comes with the 1.2-litre Kappa Dual VTVT engine produces 82 bhp and develops 114 Nm of peak torque. Hyundai had announced in November 2015 that the Xcent and the Grand i10 were available with CNG. The Xcent received the Dual ECU Dynamic Sequential Technology (DEDST) CNG kit with separate injectors. These injectors, according to the company, send optimum gas flow to the engine helping maintain adequate power and offering decent performance at all the time. The DEDST CNG kit fitted models were covered under company's two year unlimited kilometres warranty.

Now, however, Hyundai will be offering the CNG kit as a factory fitted unit on the Xcent Prime and this is thanks to the high demand of the car as also the alternative fuel in the market. The Xcent Prime currently sells around 2000-3000 units a month and with the addition of the CNG variant Hyundai is looking to add to those numbers and take the fight to none other than the Maruti Suzuki Swift Dzire Tour.