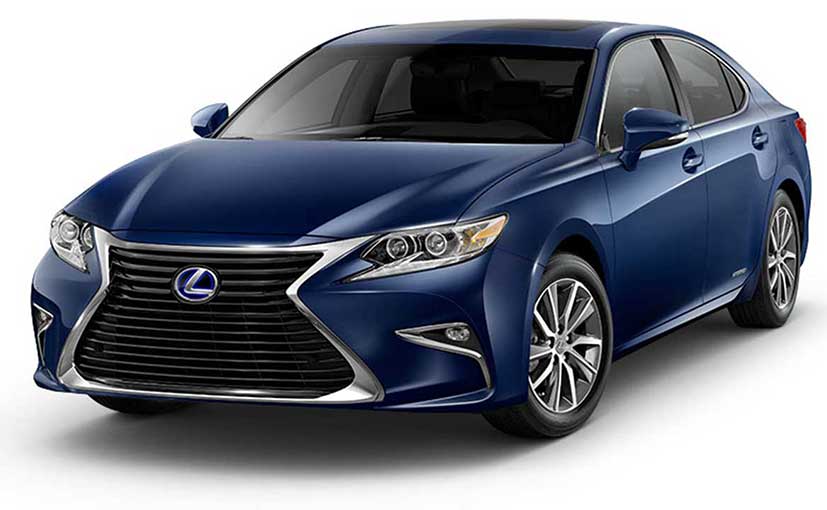 The Lexus ES 300h hybrid sedan has been launched in India priced at ₹ 55.27 lakh (ex-showroom, Delhi) and is part of the new model range the automaker has announced for the country. The ES 300h will represent the Lexus brand in the mid-sized luxury car space, which is currently dominated by the likes of the Mercedes-Benz C Class, Audi A4, BMW 3 Series and the Jaguar XE. The Lexus ES 300h is now the only hybrid car in its segment in India, which means it will be way more efficient than its rivals. We've shown you the pictures as well as given you a low-down of the car. Globally. Lexus also offers a petrol version of the ES 300 which gets a V6 engine but that will not be coming to India. Meanwhile, the Lexus RX 450h has also been launched here.

India will be getting the new 2017 Lexus ES 300h, which comes with new styling and more features. It's a combination of smart and luxurious exterior design followed by new safety, multimedia and connectivity technology. Up front, the ES 300h features Lexus' signature Lexus spindle grille flanked by a pair of sharp double barrel projector headlamps with lighting-shaped LED daytime running lights, an aggressive front bumper that houses the round LED fog lamps with the chrome hook element around it. The wide stance of the car adds to the luxury quotient of the sedan which is further accentuated by the stylish set of alloy wheels and a panoramic sunroof. The rear of the ES 300h is similar to the LS sedan and gets the distinctive L-themed tail lamps. 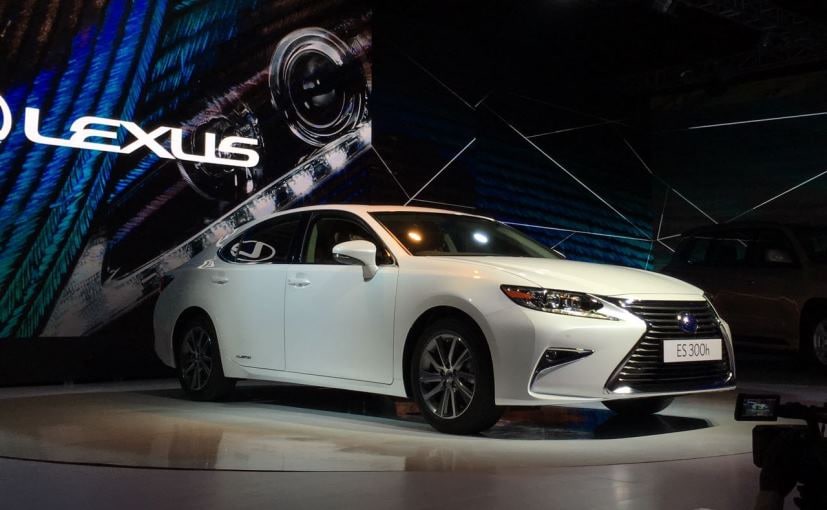 Lexus EX 300h in the cheapest Lexus car in India

In terms of dimensions, the car measures 4915 mm in length, 1820 mm in width, and 1450 mm in height along with a wheelbase of 2820 mm. This means the cabin is quite a spacious place to be in. Furthermore, it is tastefully designed with high-quality leather and wood panels that add to the premiumness of the cabin. Up front, the ES 300h offers comfortable heated and ventilated  bucket-style leather seats and the rear comes with a bench seat that can comfortably fit 3 average sized adults. The equipment list includes a Lexus Enform infotainment system with navigation, the three-spoke multifunction steering wheel of leather and wood construction, and clock at the centre of the dashboard and several other controls below it. You also get MARK LEVINSON audio system with 15 speakers 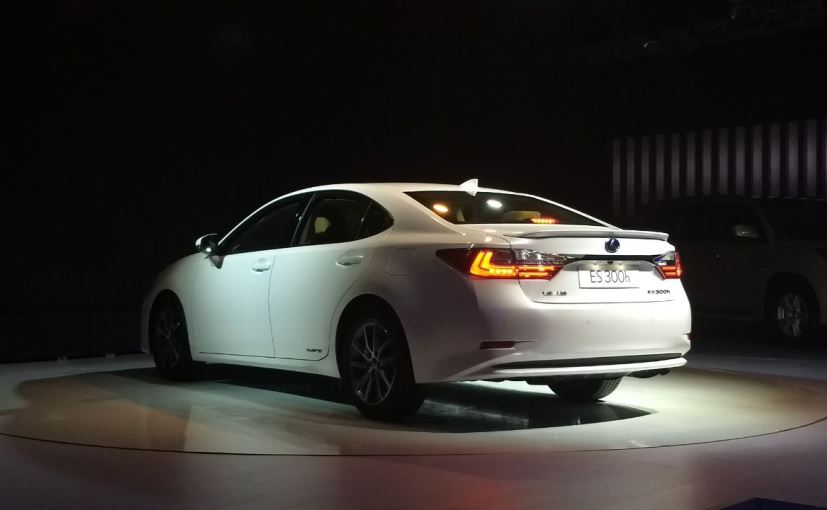 Lexus EX 300h is the only hybrid car in its segment

The ES 300h gets a 2.5-litre four-cylinder Atkinson cycle petrol motor and an electric motor which produces a combined output of 202 bhp. The engine also churns out peak torque of 213 Nm at 4500 rpm, while the motor comes paired to an electronically controlled CVT unit. It will run on pure electric or petrol or a combination of both.

Safety has always been paramount for Lexus which is why the car offers three-point seatbelts for all seats along with 10 airbags that come as standard. The Lexus ES 300h also offers the new optional Lexus Safety System + Package combines, the Pre-Collision System (PCS), Lane Departure Alert (LDA) with Steering Assist, Intelligent High Beam (IHB) and High-Speed Dynamic Radar Cruise Control. There is also a High-Speed Dynamic Radar Cruise Control system that works at speeds over 40 kmph.