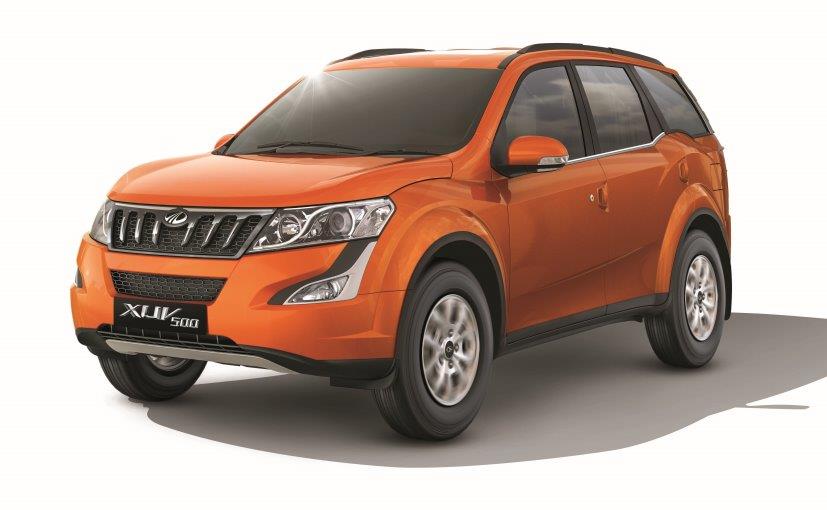 Mahindra XUV500, the popular SUV from the home-grown automaker will now come in a new W9 variant. Positioned between the W8 and the W10 variants, the new XUV500 W9 trim is priced at ₹ 15.45 lakh (ex-showroom, Delhi). The new W9 variant also borrows several features from the top-end W10 trim. Essentially, Mahindra is trying to offer a more loaded version of the popular XUV at a slightly more affordable price, which can be seen as a move to counter the newfound popularity of the recently launched Jeep Compass.

While there are no cosmetic changes as such, the new Mahindra XUV500 W9 comes with a bunch of additional features over the W8 variant. For instance, the W9 variant comes with features like - an electric sunroof, reverse camera with dynamic assist, and Mahindra's Ecosense Technology and more. Other features include - the standard 7-inch touchscreen infotainment system with Android Auto and other connectivity options like - Bluetooth, audio, hands-free call, and iPod connectivity. You also get passive keyless entry and push-button start-stop function with safety features like an emergency call function, dual airbags, ABS with EBD, ESP with Rollover Mitigation and more.

Talking about the new XUV500 W9 variant, Veejay Ram Nakra, Chief of Sales & Marketing - Automotive Division, Mahindra & Mahindra, said, "Since its launch in 2011, the XUV500 has been a pioneer in providing innovative hi-tech features that are not available even in vehicles that are almost double its price. We are certain that the introduction of these hi-end features at such a competitive price point will generate a lot of interest amongst prospects who are evaluating SUVs in the price range of ₹ 14 lakh to ₹ 18 lakh . By introducing these aspirational features at this price, XUV500 has raised the bar once again."

The Mahindra XUV500 W9 trim will be available in both manual and automatic transmission option and under the hood will continue to use the same 2.2-litre mHawk diesel engine. The 2179 cc oil burner churns out about 140 bhp and develops a peak torque of 330 Nm. Transmission options include a 6-speed manual gearbox and an Aisin-sourced 6-speed automatic torque converter. Mahindra is also said to be working on a facelift for the XUV500, which is expected to the launched later this year and also come with a tuned engine that will make about 170 bhp.