The Maruti Suzuki Alto 800 Utsav Edition comes with some new features, chief among which is the decals that it receives on the sides. In addition to this, it gets a new seat cover, reverse parking sensors, ORVM cover garnish, door seal guard and other accessories amounting to Rs. 20,000. 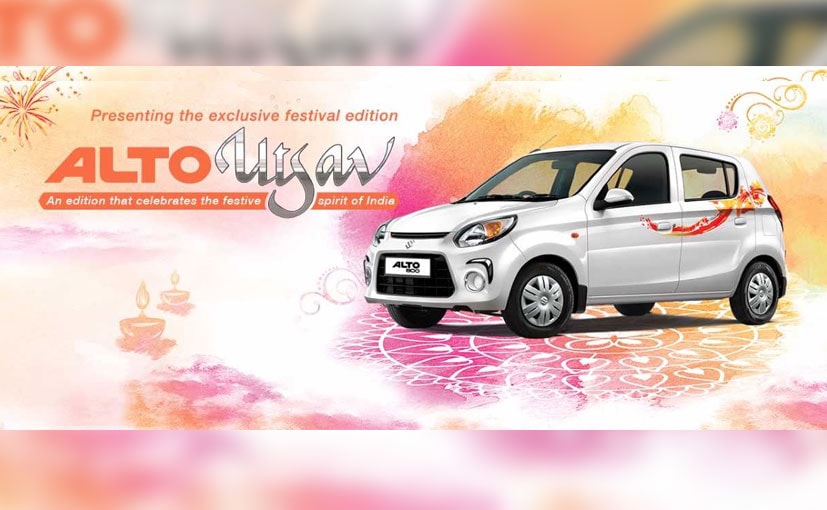 Maruti Suzuki has launched the Alto 800 Utsav Edition ahead of the festive season in India. While it’s been close to a couple of years since we’ve seen any upgrade on the Alto 800, these subtle changes to the car still keep the consumers interested. The Utsav Edition is based on the VXi variant of the car and features the same petrol engine, so there are no mechanical changes at all in the car. However, there are a few changes that make it an interesting buy.

The Maruti Suzuki Alto 800 Utsav Edition comes with some new features, chief among which is the decals that it receives on the sides. In addition to this, it gets a new seat cover, reverse parking sensors, ORVM cover garnish, door seal guard and other accessories amounting to ₹ 20,000.
The Alto 800 VXi(O) variant retails at ₹ 3.74 lakh (ex-showroom Delhi) and the addition of the accessory kit takes the tally to ₹ 3.94 lakh. However, Maruti Suzuki dealers are offering discounts of up to ₹ 25,000 with additional exchange bonus on offer.

Also Read: Maruti's Alto Replacement To Be Unveiled At The 2018 Auto Expo

While the Utsav edition might certainly appeal to new car buyers, we are waiting for Maruti Suzuki to bring us the new generation of the Alto, which we expect to see at the 2018 Delhi Auto Expo.  Maruti Suzuki is working on a concept car that will showcase the direction the Alto family will take post 2018. The Maruti Suzuki Alto has been facing tough competition recently, from the Renault Kwid and some of the others like the Datsun redi-Go. In the first eight months of FY 2016-17 Alto sales have taken a hit. Sales have declined by 7.4 per cent to 1,62,894 units, while the Renault Kwid has shot up to 73,676 units from 11,044 units sold in the same period the year before. No doubt the Alto is still the segment leader when it comes to number of units sold.

But its share in the entry-car segment has dropped to 42 per cent between April and November 2016 compared to 50.9 per cent in the same period a year earlier. The Kwid has been looking good and has already garnered 20 per cent market share in this segment. Having already sold 1,30,000 units since its launch in 2015, the Kwid has been successful in creating a benchmark for the segment.