The Dragster 800 RR Pirelli was created in collaboration between MV Agusta and Pirelli. 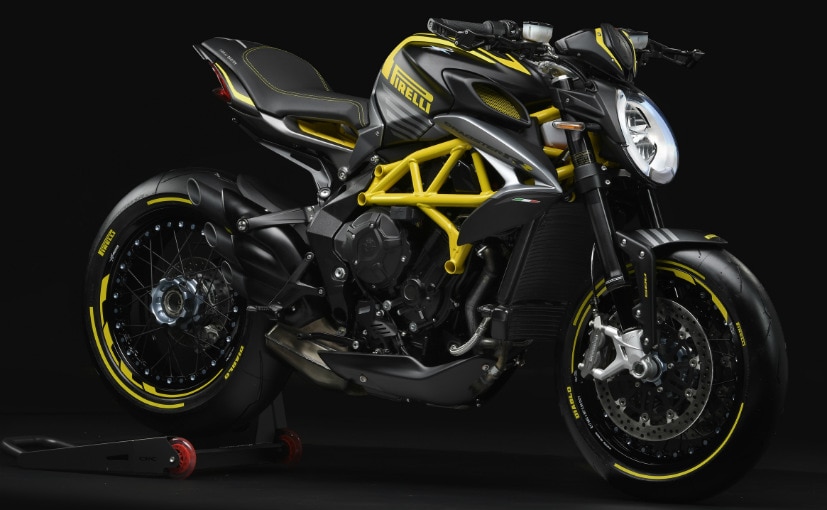 Feast your eyes on the new MV Agusta Dragster 800 RR Pirelli! Built in collaboration between MV Agusta and Pirelli, the Dragster 800 RR Pirelli is a limited edition model which was recently unveiled at the inauguration of the P Zero World at Monte Carlo. Typically a streetfighter in design, the Pirelli Dragster is everything that invokes motorcycling emotion in the hearts of the coldest non-motorcycle enthusiasts. The Pirelli Dragster will be manufactured in limited numbers and will have two striking colour combinations which are yellow/black and white/blue. 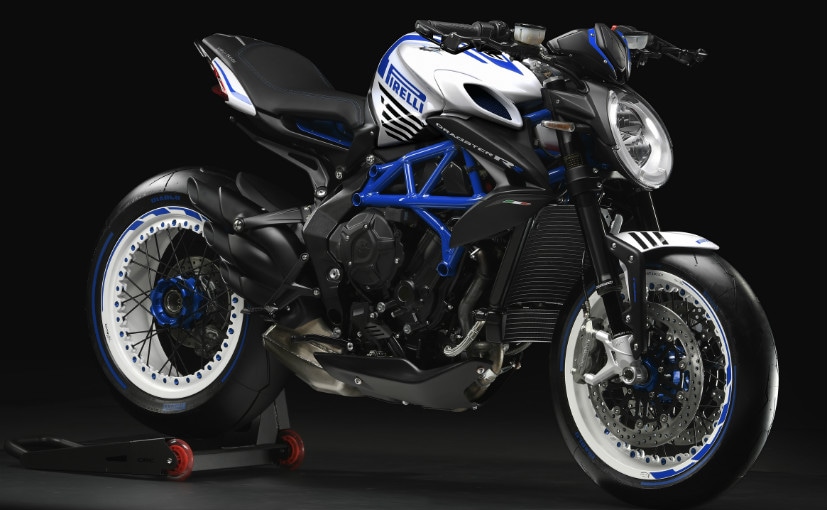 (Mechanically, there are no changes to the Dragster 800 RR Pirelli)

The seat of the motorcycle was created at the Castiglioni Research Centre and is exclusive to the Pirelli Dragster. It has double contrast stitching along with the flash sign of the 'Diablo' range. Also, the exhaust silencers get special ceramic based paint which is resistant to high temperatures. One can also purchase the Pirelli Dragster with coloured sides, based on the colour of your bike.

Parts of the motorcycle such as the tank slider and fairing have been manufactured using specially formulated rubber which is resistant to atmospheric and chemical changes. Similarly, the tyres too are the new Diablo SuperCorsa SPs, 120/70/R17 unit up front and a 200/55/ZR17 at the rear. The Dragster 800 RR Pirelli continues to use the current 798 cc liquid cooled 3-cylinder engine which pumps out about 140 bhp and 87 Nm of peak torque. The engine is mated to a six-speed gearbox with a slip assist clutch. Sure, MV Agusta has presence in India but do not expect the Dragster 800 RR Pirelli to come to India as the Dragster range is not sold in India.

MV Agusta Turismo Veloce 800
₹ 20.81 Lakh *
View More
Subscribe to Our Newsletter
Over 1.5+ Lakhs subscribers
Thank you for Subscribing to Us
x