The first from the assembly line of the Russian plant was the Ford EcoSport in Deep Impact Blue colour in the Titanium Plus variant. 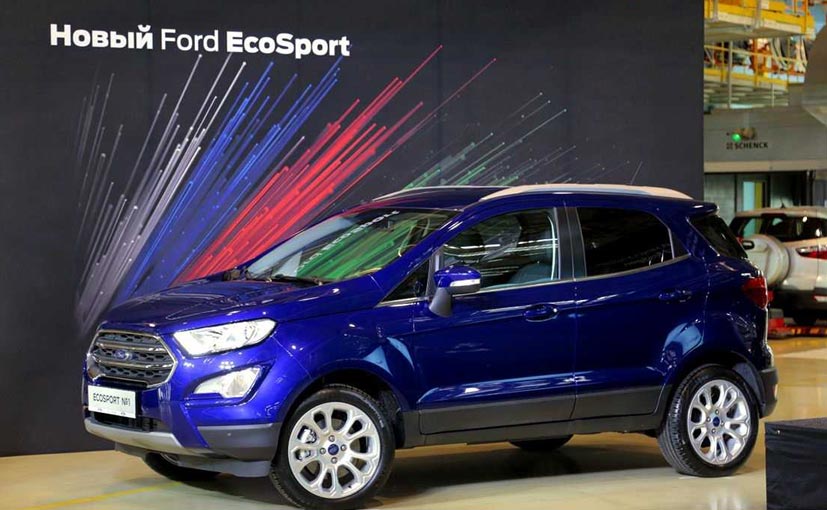 The Russian arm of American carmaker, Ford Sollers Company announced the official launch of the serial production of the new Ford EcoSport in Russia. The EcoSport compact crossover will be manufactured at the company's plant in Naberezhnye, Chelny using full cycle technology, which involves welding, and painting of bodies, as well as quality control and testing of finished products. The first from the assembly line of the Russian plant was the Ford EcoSport in Deep Impact Blue colour in the Titanium Plus variant which comes with a 2-litre engine, coupled to a 6-speed automatic transmission and a four-wheel drive system.

"We are pleased to introduce the new Ford EcoSport in Russia; we have taken into account the wishes of our customers and can offer complete sets and technical equipment adapted specifically for our market. We are also working tirelessly to improve production efficiency and localization to make our products affordable. I am confident that, thanks to the efforts of the entire Ford Sollers company, the positions of Ford EcoSport will significantly strengthen in the fastest growing segment of SUV, which is strategically important for us," said Adil Shirinov, president of Ford Sollers.

In terms of design, the new EcoSport has retained some looks of some of the popular Ford SUVs. On the inside, it gets the new interior with a redesigned front panel and wider and more comfortable seats. The updated range of powertrains includes a new global Dragon engine with a volume of 1.5-litre and a modernized Duratec engine of 2.0-litre and a 6-speed automatic gearbox. For the first time in Russia, the EcoSport will be available with all-wheel drive and automatic transmission.

The new Ford EcoSport will be offered to the Russian buyer in 5 different trim levels (Ambiente, Trend, Trend Plus, Titanium and Titanium Plus). In the top version, the crossover is equipped with climate control, a multimedia system SYNC 3 with a touch screen and support for Apple CarPlay and Android Auto, 7 airbags, a rear-view camera, cruise control with adjustable speed limiter, rain and light sensors. Ford dealers in Russia are already taking orders for the new EcoSport. The cost of the front-wheel-drive crossover in the initial configuration of the Ford EcoSport Ambiente variant will be from 959,000 rubles ( ₹ 10.39 lakh).

Sales of crossovers in Russia are continuously growing and now every third car sold in the country is a crossover. In the first quarter of 2018, sales of crossovers and SUVs Ford (line represented by Ford EcoSport models, Ford Kuga and Ford Explorer) increased by 36 per cent compared to the same period last year. The production of Ford EcoSport in Russia began in December 2014 and the compact crossover was the first model to enter the conveyor of the newly opened Ford Sollers in Naberezhnye Chelny. Since the start of Ford EcoSport sales in Russia, almost 17,000 cars have already been sold.