Slated to be launched later this month, the Honda Civic seen in these images is the top-end ZX variant that is likely to come loaded with a bunch premium and smart features. 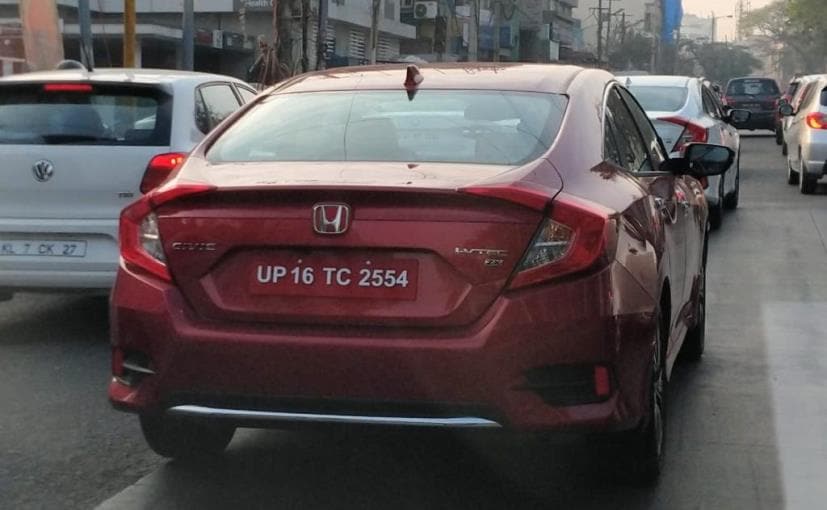 The soon-to-be-launched Honda Civic has been spotted in India, and this time around we get to see the car in its uncamouflaged avatar. Slated to be launched later this month, the model spotted in these images is the top-end ZX variant of the upcoming Honda Civic and is likely to come loaded with a bunch premium and smart features. In these images, we only get to see the rear and side portions of the new Civic, by the looks of it, nothing much has changed from the car we saw at the Auto Expo 2018.

The exterior of the car comes with a pair stylish C-shaped LED taillamps, with a well-sculpted boot-lid that comes with all the badging intact. The rear bumper comes with some subtle character lines with black styling elements that house the reflectors. From the sides, we get to see the Fastback-like proportions of the new-gen Honda Civic, with a sloping roofline, bold shoulder lines and body-coloured side skirts. The new Civic also comes with a set of dual tone 5-spoke 18-inch alloy wheels, sleek ORVMs and a shark-fin antenna.

Also Read: 2019 Honda Civic To Be Locally Assembled In India Visually, the front section of the new Civic comes with a new piano black upper fascia wing, restyled lower fascia, bumper and lower grille, a full-width front splitter, chrome side pod accents, and updated halogen or LED headlights. Similarly, the cabin is also expected to be well-equipped with a smart-looking dashboard with, premium quality interior and upholstery and more. Features list will also include a 7-inch Display Audio with Apple CarPlay and Android Auto integration and volume button. 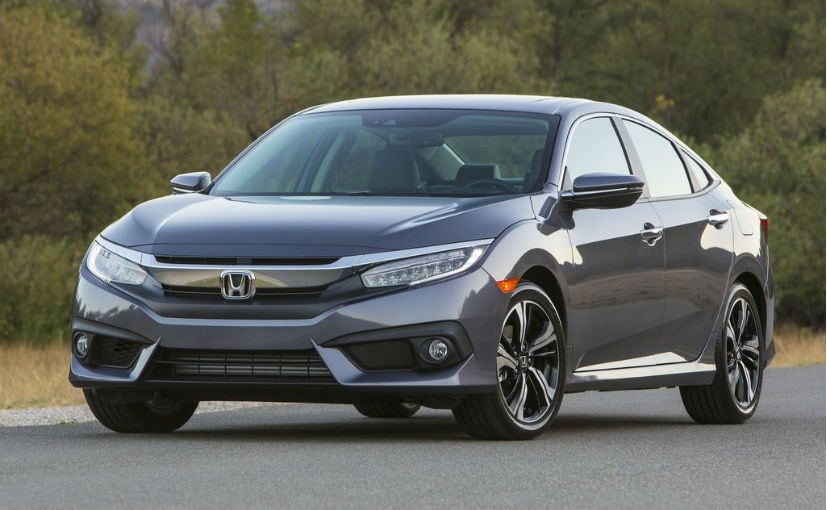 The Civic is also expected to come with a Collision Mitigation Braking System with Forward Collision Warning, Road Departure Mitigation (RDM) incorporating Lane Departure Warning (LDW), Lane Keeping Assist System (LKAS) and Adaptive Cruise Control (ACC). Under the hood will be a 2-litre petrol engine with a manual and an automatic gearbox. Honda will also most likely offer the 1.6-litre diesel engine that is currently available on the new Honda CR-V.