We expect the new-gen MINI Countryman to be pried in India in the range of Rs. 35 lakh to Rs. 45 lakh depending on the variant. 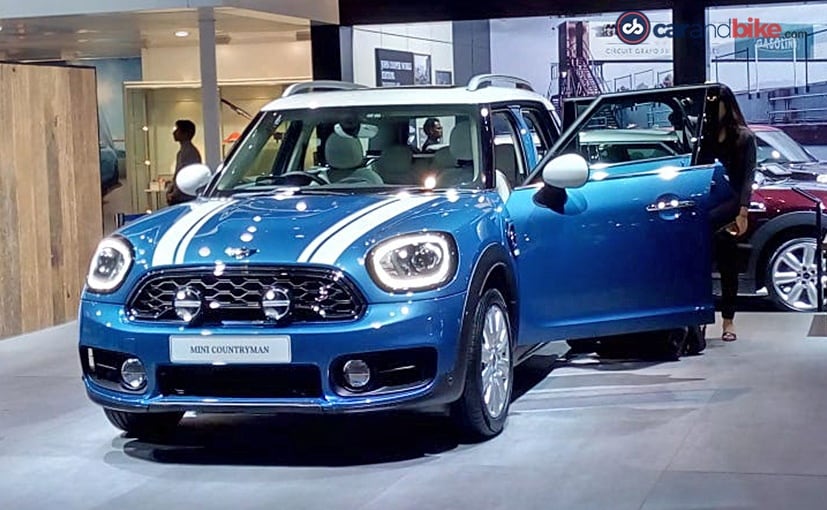 MINI is all set to launch the second-generation Countryman today, in India. First showcased to us at the 2018 Auto Expo, the new-gen MINI Countryman comes with an all-new design language and shares its underpinnings with the new BMW X1. The car is now also offered with new and improved styling and a host of modern features as well, for both exterior and interior. Moreover, the new Countryman is also locally assembled in India, at BMW's Chennai plant to keep costs down. The Countryman will be offered in two petrol trims - Coope S and Cooper S JCW, along with a diesel trim, Cooper SD. In those regards, we expect the new-gen MINI Countryman to be pried in India in the range of ₹ 35 lakh to ₹ 45 lakh

The MINI Countryman is more spacious now than before and gets a much smarter-looking cabin. Along with new interiors, the car also offers a 6.5-inch or 8.8-inch touchscreen infotainment system, MINI driving modes, Cruise Control, Park Assistant and Head-Up Display. On the safety front, the new Countryman gets airbags, brake assist, dynamic stability control, crash sensor, ABS, cornering brake control and run-flat tyres as standard.

Used Car Leasing Is A New Trend Among Pre-Owned Car Buyers In India: Survey
Subscribe to Our Newsletter
Over 1.5+ Lakhs subscribers
Thank you for Subscribing to Us