Over 14,000 Units Of The Lamborghini Huracan Sold In Just 5 Years

The Lamborghini Huracan has reached the milestone car with chassis number 14,022, in just 5 years, while its predecessor, the Lamborghini Gallardo took 10 years to achieve the same milestone. 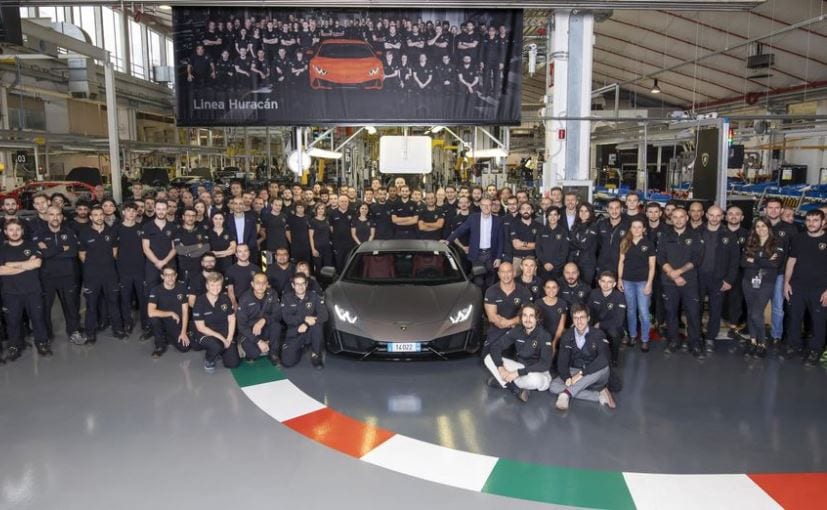 In just five years of production the Lamborghini Huracan number 14,022 has rolled off the assembly line, marking a production milestone for the V10 model. The company's previous V10 model, the Gallardo produced the same number of units over a span of ten years (from 2003 to 2013). The Huracan made its world debut in 2014 with the coupé version, followed by the Spyder and the rear-wheel-drive versions: the Performante in 2017 and the Performante Spyder in 2018 proved their performance capabilities, holding several lap records. In 2019 the new Huracan EVO (coupe and Spyder) was introduced, featuring a next generation V10 engine. The commemorative model with chassis number 14,022, a Huracan EVO coupé in Grigio Titans (grey), is destined for the Korean market.

In the first six months of 2019 Automobili Lamborghini has delivered a total of 4553 cars to clients: an increase of 96 per cent compared to the same period last year. The Huracan accounted for 1,211 units, including deliveries during the Huracan Performante's phase-out period and introduction of the new Huracan EVO, of which first customer deliveries started in June 2019. The Aventador, the V12 brand icon headed by the SVJ model, maintained its high levels, with 649 units delivered to customers.