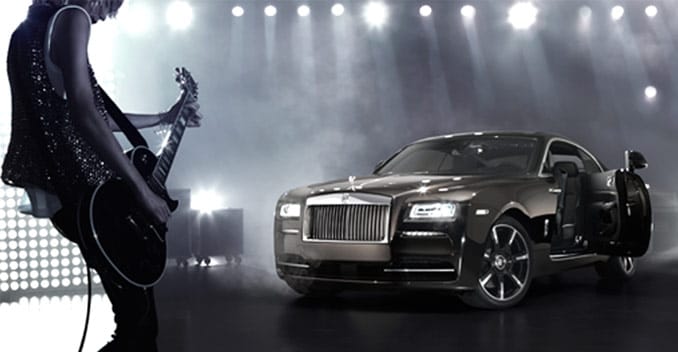 The Wraith had always been equipped with what Rolls-Royce describes as 'the most exhaustively designed sound system in automotive history' but this new edition takes things to a new level. The 'Inspired by Music' edition houses a 1300-Watt sound system with 18-channels. It features two bass speakers, seven tweeters, seven mid-range sound speakers and two additional speakers fitted in the car's headlining.

The company has also added a volume control that can be automatically adjusted to cancel out distracting sounds inside the cabin. Even the colour of the car is inspired by the music as it comes with a copper-colour theme. As you know all high-end audio equipment come laden with copper wiring and the theme hence becomes relevant. The copper theme extends to the dashboard and door inserts as well.

Under the hood it's the same 6.6-litre V12 twin-turbocharged engine which is good enough for 623bhp and 800Nm of torque. The engine is mated to an eight-speed automatic transmission which enables the car to accelerate from 0-100kmph in 4.6 seconds.

The Rolls-Royce Wraith currently comes with a price tag of ₹ 5.5 crore in India and given that this is a special edition, expect an addition to that figure

Rolls-Royce Dawn
₹ 5.92 Crore *
View More
Subscribe to Our Newsletter
Over 1.5+ Lakhs subscribers
Thank you for Subscribing to Us
x