The company has released two new design sketches of its upcoming Skoda Kodiaq RS high-performance SUV ahead of its official debut at the Paris Motor Show 2018. 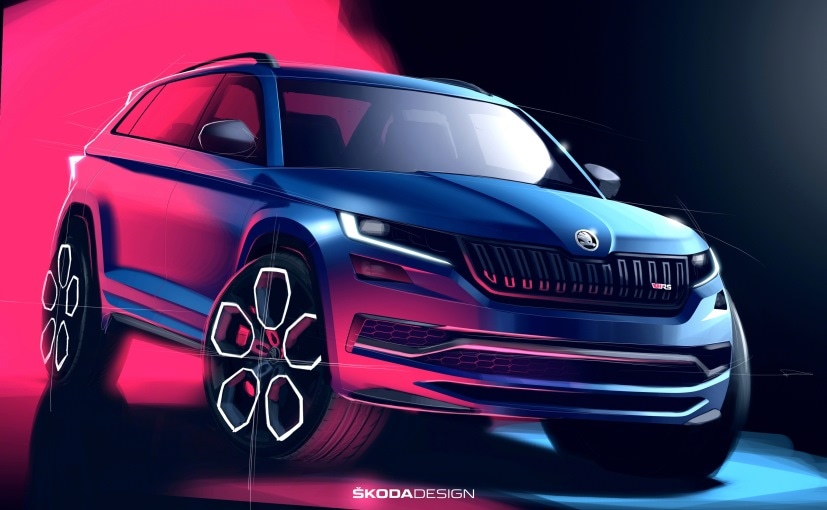 Skoda has released a couple of new design sketches of the upcoming Kodiaq RS, ahead of the SUV's official debut. Slated to make its public appearance at the 2018 Paris Motor Show in October this year, the new Skoda Kodiaq RS will be the first SUV to join the company vRS family, which is reserved for Skoda's sportiest models. The company has released two design sketches of its upcoming high-performance SUV, and we have to say the Kodiaq RS looks every bit as sporty and aggressive, as the three letters in the suffix claim it to be.

Skoda says that the Kodiaq RS or vRS comes with an emotive design that is articulated by the elegant lines, sporty contours and the typical robust stance of an SUV. The design sketches also give us a glimpse of the large, sporty alloy wheels and the low profile tyres that are set to grace the SUV, along with the 3D-effect radiator grille that adds to the Kodiaq vRS' sporty design. Skoda Kodiaq vRS will be the first SUV from the Czech carmaker to get the all-new metallic Race Blue finish, along with glossy black shade for the roof rails, window frames and wing mirrors. 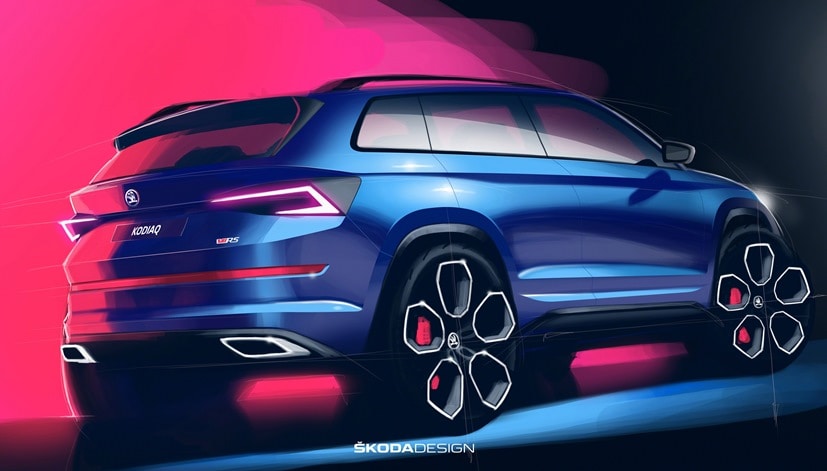 The Kodiaq vRS will also come with anthracite-coloured 20-inch Xtreme alloy wheels, with 17-inch brake discs gripped by bright red brake callipers. Furthermore, Skoda says that it has developed new bumpers exclusively for the Kodiaq vRS, which has been accentuated by crystalline-look, full-LED headlights - which also come as standard. The exhaust system's two striking tailpipes are clearly visible below the rear bumper.

The Skoda Kodiaq vRS gets the new 2.0 BiTDI engine, which is claimed to be the most powerful production diesel engine in the history of the Czech brand. The engine is tuned to produces 236 bhp and develops a peak torque of around 500 Nm of peak torque.