The company is working on all the three forms of hybrid models which will be launched in the Indian market in a couple of years. 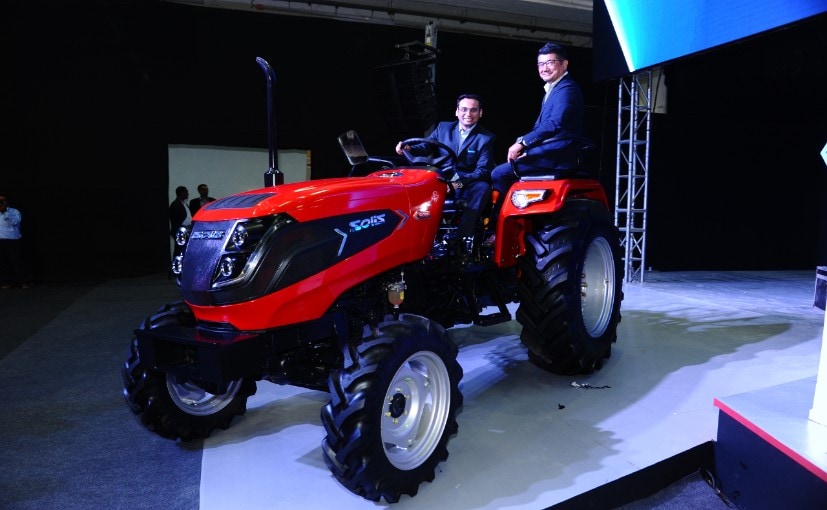 International Tractor Limited (ITL) owned Solis and Japanese Tractor brand, Yanmar have come together in India to sell heavy duty (above 110 bhp) tractors and will operate under the ITL umbrella. It has launched a range of Tractors in India and the partnership is targeting to sell 50,000 Tractors in five years along with opening 400 dealerships in two years. Earlier, Solis tractors manufactured at Hoshiarpur in Punjab were only used for export, but the company will now use a dedicated assembly line for new Tractors which will sold in the domestic market. The assembly line can roll out 100,000 units annually and the plant has a total production capacity of 300,000 units which is the largest in world.

Speaking at the launch, Deepak Mittal, Managing Director - ITL, said, "The launch of Solis Yanmar is poised to change the canvas of farm mechanization in India. ITL began by exporting its first tractor, Solis, to Europe 2011. Since then, Solis has seen phenomenal growth, expanding globally to 120 countries in eight years,with more than 100,000 satisfied customers. Solis is now one of the top-five tractor brands in Europe. With this launch in India, we are targeting sales of 50,000 Solis and Yanmar tractors and 400 dealerships within two years. Solis Yanmar tractors offer multiple technologically-advanced features and superior comfort, which will revolutionize the quality of 'Made in India' farm technologies.

We are looking to dominate the market of application based solutions to solve two major problems our farmers face; water scarcity and need for greater output. For example, when our 4WD tractor with optimum weight is used with rotavator for puddling applications, farmers will require 50 per cent lesser water than while using other tractors with full cage wheels. Similarly, our tractors equipped with advanced 4WD Technology and Express Transmission Speeds will give higher output to our farmers."

Elaborating on the tie-up, Ken Okuyama, Director, Yanmar Holdings Co. Ltd. - Yanmar, said, "Given Yanmar's strong footprint in Japan and Southeast Asia and the brand leadership of ITL's Solis in overseas markets, we are confident that the partnership between Yanmar and ITL will propel both companies to new heights in the Indian market. We believe Solis will replicate its overseas success in India because it's a great product for a new generation of Indian farmers. Our YM3 tractor is equipped with Yanmar's advanced SMARTASSIST REMOTE technology for precision and efficiency to deliver a more profitable agriculture for the 21st century."

Raman Mittal, Executive Director of the company also said that the positioning of these products will be above the Sonalika range and they will cost around 12 per cent more. The company also plans to launch new hybrid Tractors in India in a couple of years and is working on all the three form of hybrid models- Micro Hybrid, Mild Hybrid and Plug-In Hybrid. The hybrid models will shown as a prototype to a set of customers and then will be launched after getting their feedback. ITL is planning to establish a separate sales and service infrastructure form Solis-Yanmar range and also start mobile service to provide repair and regular maintenance services door steps. Customers will only require to come to a service station in case of a major breakdown. The new Yanmar YM3 Tractor range will rival the likes of Mahindra's mForce Tractor range which is positioned in the above 100 bhp category.