The Suzuki Vitara is about 4.2 metre in length and will be a apt rival to the likes of the Hyundai Creta and the Renault Captur. Right now there is no word about the company planning to launch it in India. 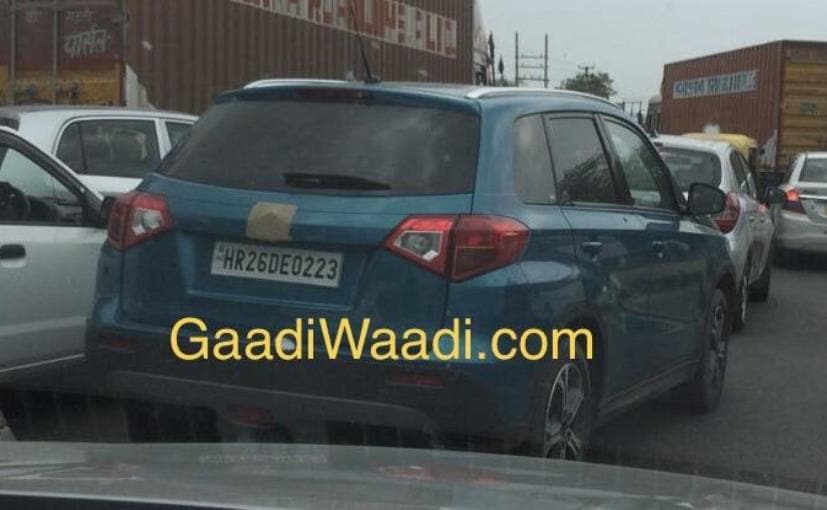 A test mule of the Suzuki Vitara compact SUV was recently spotted in India for the first time. Except for some tape masking its Suzuki logo, the Vitara SUV was seen without any kind of camouflage and the model could be here for testing and homologation. Unlike the subcompact Maruti Suzuki Vitara Brezza, the Vitara is above the 4-metre mark and competes in the compact SUV space, with the likes of Hyundai Creta and Renault Captur. While there has been no confirmation from the company about an India launch, there could be a possibility that Maruti might consider bringing this to India, especially seeing the fast-growing compact SUV space.

Now, like all the Nexa branded products and the new Swift, this Suzuki Vitara test mule also doesn't come with any variant badging to indicate any kind of specification details. The model here is seen sporting HR number plates and based on the registration number, this particular unit is powered by a diesel engine. Incidentally, the international model comes with a 1.6-litre four-cylinder diesel engine that makes 118 bhp and 320 Nm of peak torque and is mated to a 5-speed manual gearbox. And this could be it.

Visually, the Suzuki Vitara comes with the edgy SUV-like design similar to the Vitara Brezza, but it's larger in proportion and the styling is also slightly different. The SUV comes in a Turquoise metallic shade, two-piece taillamps, high-mounted stop light, roof rails, 5-spoke alloy wheels, and a rear windshield wiper among others.

Now the Suzuki Vitara is not entirely new to the Indian market. Maruti Suzuki used to sell the previous generation model in India with the Grand Vitara nameplate and the SUV was quite popular among its niche. In 2015 the company finally discontinued the Vitara due to low demand. Having said that, it's was with the new Maruti Suzuki Vitara Brezza, the carmaker truly found success in the utility vehicle space, which is currently the largest selling SUV in India. So, it's possible that Maruti could try its luck again in the compact SUV space with the new-gen Suzuki Vitara.