The electric car maker has reportedly started rolling out a pedestrian noisemaker for the Model 3 sedan. 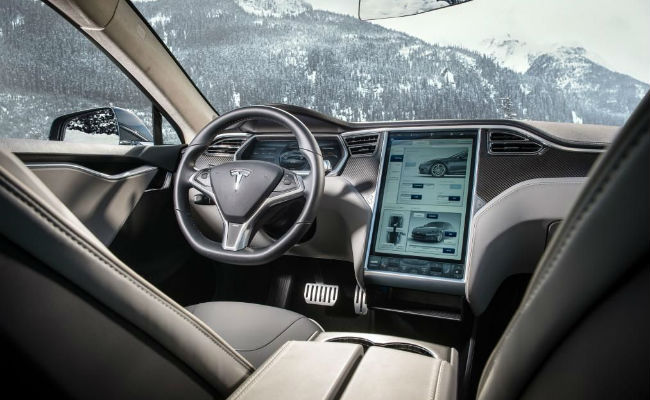 View Photos
The noisemakers have drawn both positive and negative reviews from consumers.

Tesla car owners will soon have the option to choose sounds like farting or goat noise for their vehicles' pedestrian noisemakers and horns, Elon Musk has hinted. Musk also tweeted about adding coconut sound as part of Tesla's customisation exercise. "Customised horn & movement sounds (coconuts being one, of course) coming to Teslas soon," Musk tweeted. Musk also teased goat bleats, rushing wind and coconut horse clops from the comedy movie "Monty Python and the Holy Grail". In another tweet, Musk also mentioned adding a whoopie cushion noise (made famous by Tesla's "Toilet Humor" mode) and a goat noise, reports Teslarati. The noisemakers have drawn both positive and negative reviews from consumers, but "the addition of the sounds will keep pedestrians safe in the long run". The electric car maker has reportedly started rolling out a pedestrian noisemaker for the Model 3 sedan. The noisemakers, which are designed to emit a sound while vehicles are moving below 30 kms in forward and reverse, have reportedly been installed on Model 3 units that were built since September 1. The US Pedestrian Safety Enhancement Act 2010 states that electric vehicles must have an audible sound at speeds below 30 kms to warn pedestrians of their presence.

0 Comments
(This story has not been edited by NDTV staff and is auto-generated from a syndicated feed.)