The MV Agusta F3XX has been developed by the Italian biker's racing division Reparto Corse and brings lighter components, more power and track-ready performance to the motorcycle. 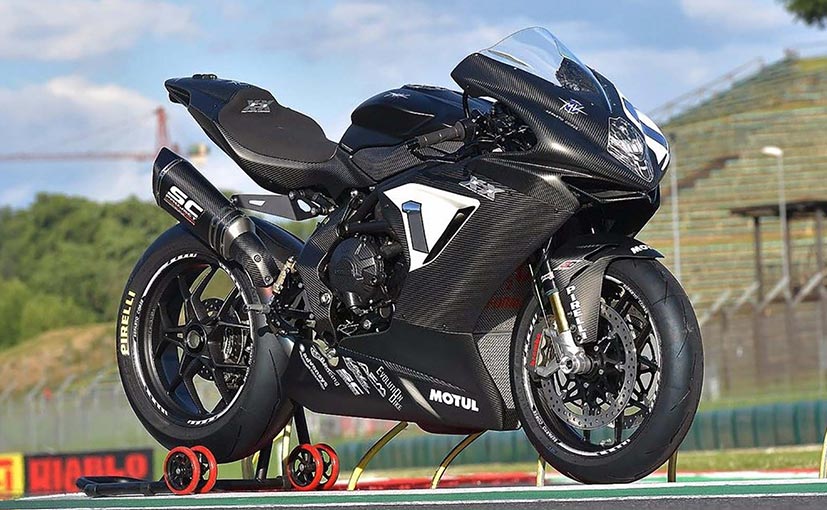 Italian bike maker MV Agusta has pulled the wraps off the track focussed F3XX motorcycle. The MV Agusta F3XX track-spec offering is based on the F3 800 that is currently in production and has been developed by the manufacturer's racing division 'Reparto Corse.' Compared to the standard version, the F3XX is the mean cousin of the F3 800 and gets a host of upgrades including new parts, improved power output while lowering the kerb weight to its minimum. Moreover, the F3XX will be completely hand built making it all the more special to own and the motorcycle does retain the drool worthy looks of the production model, in an all-black avatar of course. 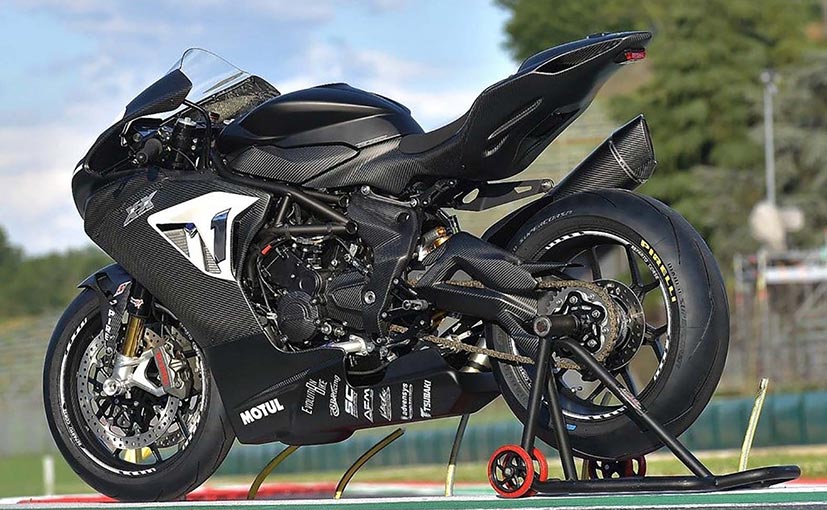 The track-only MV Agusta F3XX is about 28 kg lighter than the production model that has a dry weight of 173 kg. The racing division has extensively used carbon fibre for several components including the fairings that have helped in weight savings, while the ECU was remapped as well for more aggressive performance. In addition, the stock clutch has been replaced with a limited slip unit, while the valves are now made of titanium to handle the additional power. MV Agusta has also replaced the three-pipe exhaust on the F3 800 that was really a beauty to behold, with a custom SC Project 3-in-1 exhaust system on the F3XX. The result is a massive jump in the power out from the 800 cc in-line three-cylinder motor. The F3XX gets power boosted from 146 bhp to 157.8 bhp. 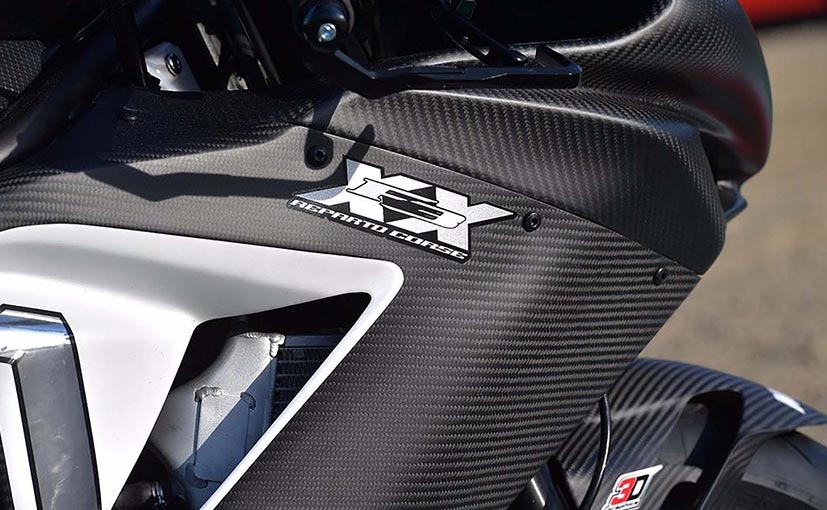 In addition, the MV Agusta F3XX gets an AiM MXS1.2 dashboard replacing the LCD instrument console. The new unit displays all the information needed for on-track performance including lap timings, details on throttle application and brake pressure, with the help of sensors.

The Italian manufacturer hasn't revealed the asking price on the F3XX. However, given the the bike will be limited in production and hand built, expect the price tag to be at a significant premium. The standard MV Agusta F3 800 is priced at ₹ 16.31 lakh (ex-showroom) in India, which already makes it quite expensive than most of its competitors including the Kawasaki Ninja ZX-6R and the Ducati 959 Panigale.