The year 2014 brought along a wide array of vehicles, including a long list of cars that are set to arrive in India. So we put together a comprehensive list of upcoming cars that will be seen in dealerships sometime within this year or the next.
By Vikas Yogi The year 2014 brought along a wide array of vehicles, including a long list of cars that are set to arrive in India. So we put together a comprehensive list of upcoming cars that will be seen in dealerships sometime within this year or the next.

Based on the Vista X1 platform, the Tata Bolt continues to be as wide and tall as the Vista. It adds 30mm to its length, thanks to the extended hood, while the wheelbase is identical to the Vista's 2470mm. Tata has stated that the name Bolt signifies speed and represents a winner's attitude. The car is expected to be launched in July. 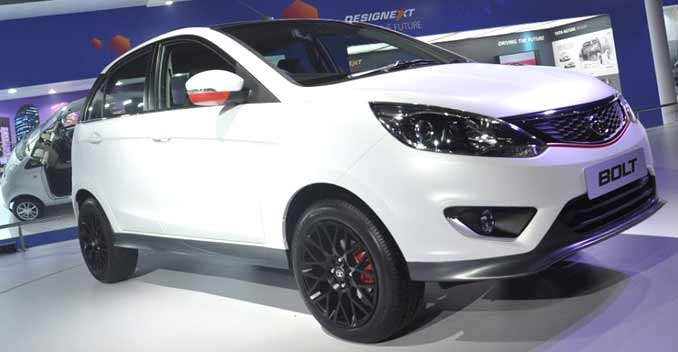 The facelift of the Renault Duster's Dacia twin debuted at the 2013 Frankfurt Motor Show, and Renault Duster was unveiled soon after. The facelifted Duster features a host of cosmetic changes including a dual-tone chrome grille, large air-dams, revised headlamps with double-optic units and daytime running LEDs, under body cladding, chromed exhaust pipe in rear diffuser and new tail lamps. It is expected to arrive in India by the early 2015, since the company will first launch a 4x4 version of the car in September. 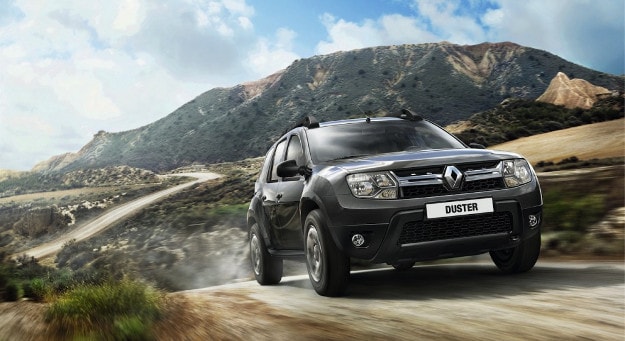 The GLA concept car was first unveiled at the 2014 Shanghai Motor Show in April and is now all set to reach Indian dealerships by September this year. Beginning May, Mercedes-Benz dealers in India had started accepting bookings for the compact SUV's GLA 200 CDI variant. This indicates that the first GLA variant to land in India will be powered by a 2.1-litre diesel motor that makes 135bhp and 300Nm of torque. It will come mated to a 7-speed dual-clutch gearbox.

The Maruti Suzuki Swift has been one of the best-selling hatchbacks in India since 2011, and now it is ready for a facelift. The hatchback largely remains the same as far as external design is concerned, except for the new L-shaped LEDs in the front and silver detailing on the bumper. Much like several cars on this list, this one is also expected to this year. 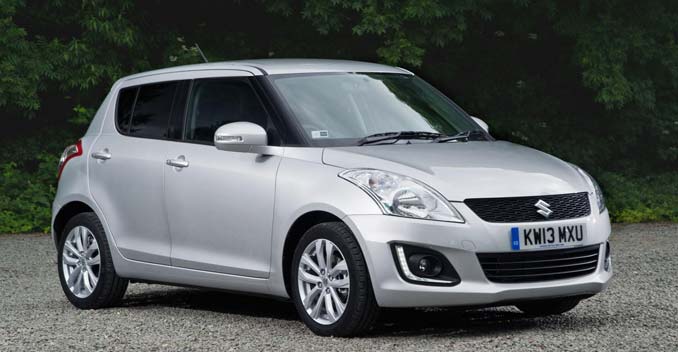 The Swift Dzire facelift is expected to arrive around the same time as the Swift facelift. In terms of looks, it will remain the same as the old Dzire albeit the new L-shaped LEDs upfront, and silver detailing on the front bumper.

Suzuki S-Cross SX4 debuted at the 2013 Geneva Motor Show and is expected to arrive in India towards the end of 2014 or early 2015. Basically the crossover version of the European SX4, the SX4 S-Cross is pretty much as spacious as the Renault Duster and Nissan Terrano. It will be offered with both, petrol and diesel engines. 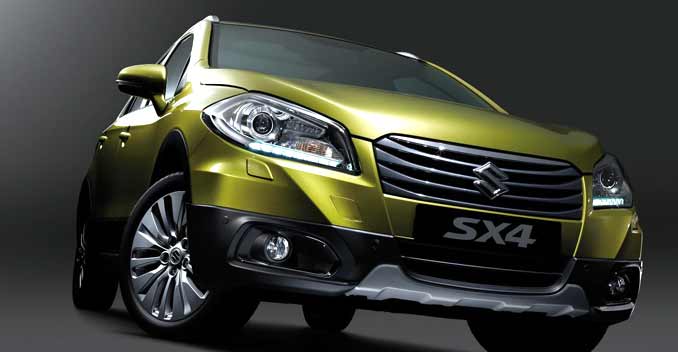 The Ciaz's design is inspired by the 'Suzuki Authentics Concept' and looks totally new as compared to the SX4. It features sharper character lines, while the surface looks more contemporary. The Ciaz will also get a wide chrome grille and large wraparound headlamps. 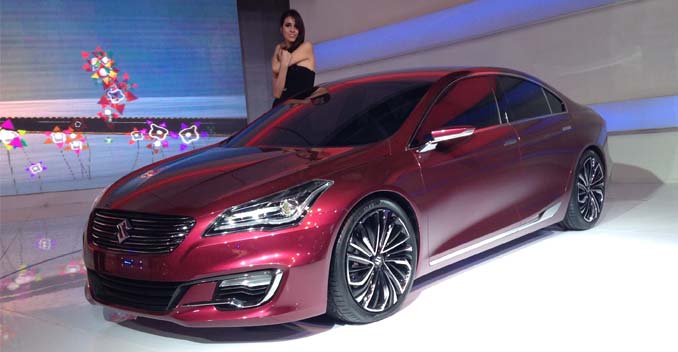 Honda's entry in the B+ hatchback segment, the Jazz looks sportier, and bolder in its new avatar, thanks to Honda's 'Exciting H Design' philosophy. It looks like a proper hatchback, and will now get new headlamps with metallic inserts and turn indicators on the wing mirrors, though it risks resembling the previous generation Jazz. The car is also expected to offer a class-leading 390-litre boot space.

It looks quite similar to the GO hatchback, so much so that the side profile is almost identical up till the C Pillar. The MPV, however, gets extra space or the third row and measures 3995mm in length. It is built on the GO platform, and shares the 1.2-litre petrol engine with the hatchback, though the diesel model might use the Nissan Sunny's 1.5-litre K9K unit. 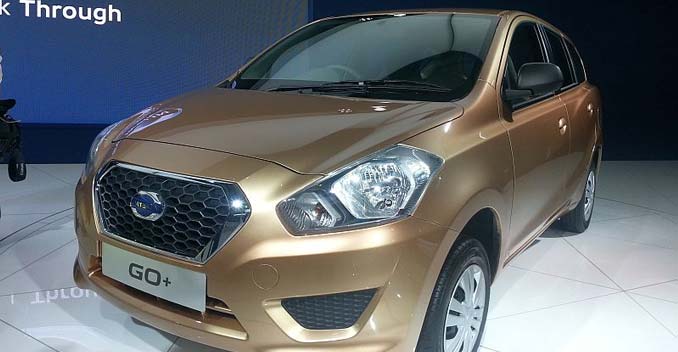 The Taigun will be Volkswagen's answer to the likes of Ford EcoSport and Renault Duster. Though there are rumours doing rounds that Volkswagen might bring in another sub-compact SUV instead, we think the Taigun is a really good product and fits the sub-4 metre requirement and also looks decent. And that is probably the reason why Volkswagen showcased the vehicle at the 2014 Auto Expo. It's 3,859mm long, 1,728mm wide and 1,570mm tall.

Launched recently in Indonesia, the automatic version of the Ertiga might also come to India in the third or fourth quarter of this calendar year. The India-bound Ertiga AT will get a 5-speed transmission. However, this will just be a change of gearbox and the car will continue to be powered by the 1.4-litre K14B petrol engine that delivers 93bhp and 120Nm of torque. 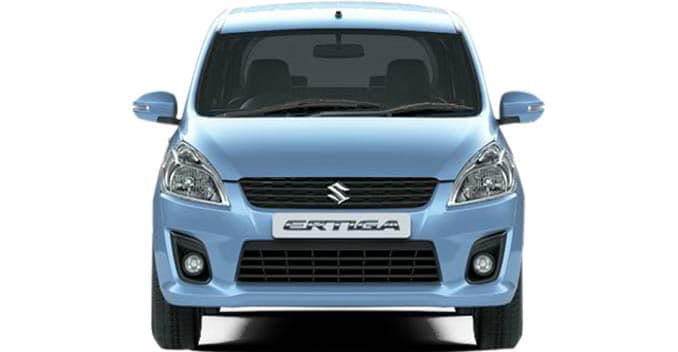 Volkswagen's mid-sized sedan - the Vento - will receive a makeover sometime during the festive season. Since the Vento and Polo are essentially the same cars albeit the sedan-esque boot on the former, the updated models of both the cars will look similar in design up till the third pillar. The Vento might also sport some revisions at the rear.

Codenamed the S101, Mahindra's sub-compact SUV will take on the Ford EcoSport when it arrives in the market. The car will take its design inspiration from the company's popular SUV, the XUV500 and might use the Quanto's 1.5-litre twin-turbo diesel engine. If reports are to be believed, Mahindra is also developing a small 1.2-litre petrol engine with its Korean auto company SsangYong. The company might fit this engine in several of its upcoming cars, including the sub-compact SUV.

Owned by Indian car manufacturer Mahindra & Mahindra, South Korean auto company SsangYong is expected to launch the Korando C SUV in India by the early next year. The car was recently launched in its home market. It is expected to sport a 2.0 l DOHC 4- cylinder turbocharged diesel engine under the hood, with the option of either a 6-speed manual or a 6-speed automatic transmission.

Though the facelifted Scorpio will get a revised front and rear end, it will retain the overall design typical to the SUV. The 2014 Scorpio facelift is expected to get new headlamps, revised grille and a refurbished front bumper. The rear will also receive new tail-lamps, tailgate and bumper, which will help the new Scorpio look much sportier. Our sources claim that the updated Scorpio will also see some significant changes inside the cabin and will offer more features. 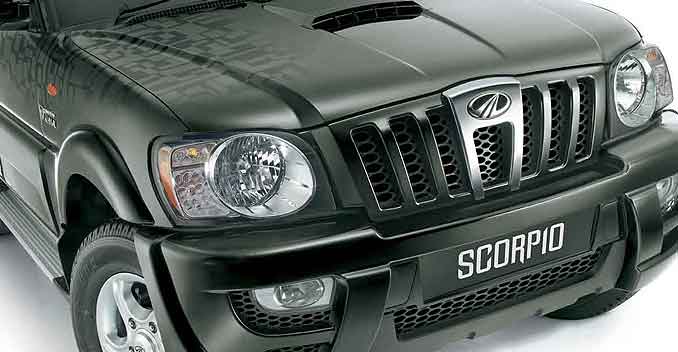 Based on the Punto hatchback, the Fiat Avventura will share its engine and underpinnings with the former. The Avventura will take on the likes of Volkswagen Cross Polo and Toyota Etios Cross. Since it will get more features and additional equipments than its hatchback inspiration, the Avventura will be heavier on the pocket as compared to the Punto. 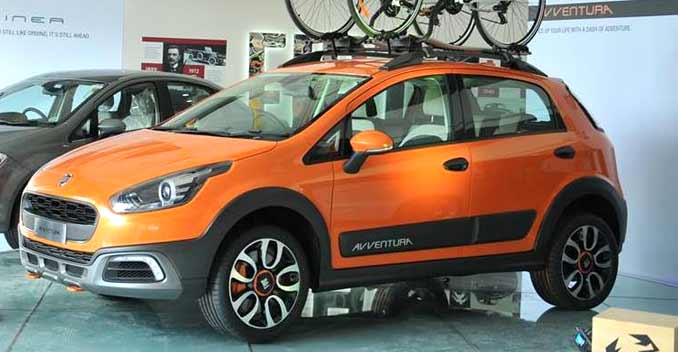 Unveiled at the 2013 Detroit Motor Show, the CLA-Class is Mercedes' new entry-level sedan that will be positioned below the C-Class. Like the A-Class and B-Class, the Mercedes-Benz CLA is also based on Mercedes' new MFA platform. The CLA is expected to be offered with multiple petrol engine options and one diesel mill. Power will be transmitted to the wheels via a 7-speed dual clutch gearbox. The company will first roll out the performance-oriented CLA 45 AMG version in India, while the regular CLA will come early next year. 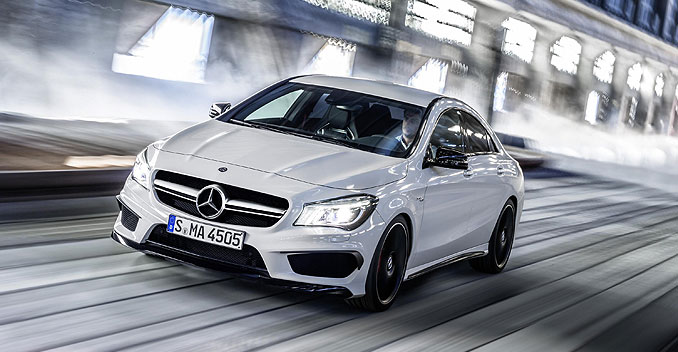 The Redi-GO will be a premium offering from Nissan's low-cost car brand Datsun. Though the car will be pricier than the Go hatchback, it will still be more affordable than its rivals. It retains the chrome hexagonal grille from the GO and GO+ but gets sleeker swept-back headlights. The fascia also includes a futuristic bumper which is separated from the front grille by a narrow air dam. The headlights and the fog lamps will have LED inserts. 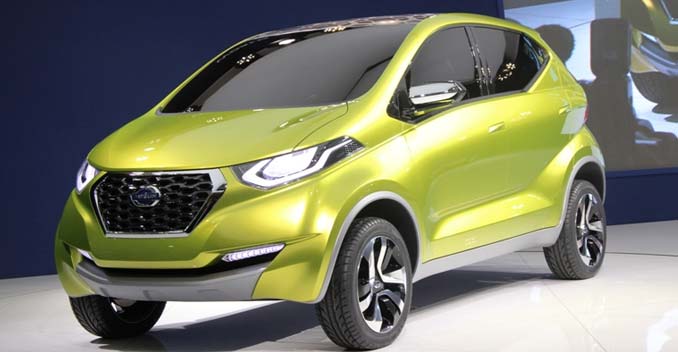 The company saw overnight success with the Duster, which outsold top-selling regular SUVs like the Scorpio, XUV500 and Tata Safari in almost no time. Renault hopes to achieve the same success with the Lodgy, the company's offering for the sub-compact MPV segment. This segment already fields the Maruti Ertiga and will soon welcome Honda's sub-compact MPV, the Mobilio. So with cars like Ertiga and Mobilio, this segment is set to become the next big thing in the country. Having said that, Lodgy, which is already on sale in several global markets, is Renault's hope in this segment. 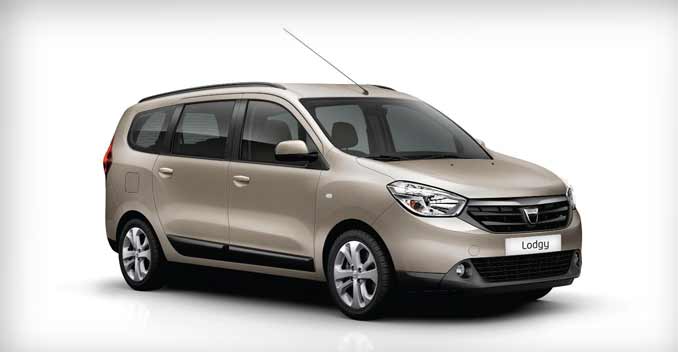 The next generation Ford Figo will make its global debut in Brazil before making its way to India by early 2015. Like the Ford EcoSport, this hatchback has also been developed by Ford Brazil, indicating that this product will primarily target emerging markets, including India. The Brazilian market will get a naturally aspirated 1.0-litre, three-cylinder petrol mill, capable of churning out 85bhp, while running on gasoline and ethanol. But the India-bound version might continue to be powered by the existing engine options - 1.4-litre diesel and 1.2-litre petrol. If rumours are to be believed, Ford India might also launch the new-gen Figo with the 1.0-litre EcoBoost petrol engine that also powers the EcoSport. 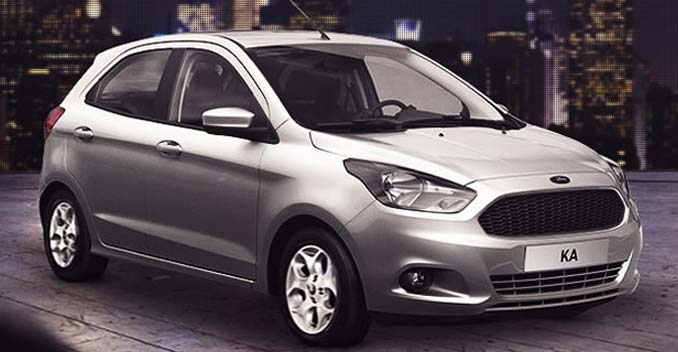 In terms of design, the XUV500 Hybrid looks exactly like the standard XUV500. It retains all the standard features offered on the car, and the only differentiating factor will be the electric motor that works in conjunction with the 2.2-litre mHawk diesel engine. This will be the first diesel hybrid vehicle in the Indian market.

Expected to be launched sometime in 2015, the XE will be Jaguar's answer to the entry level luxury sedans like BMW 3 Series, Audi A4 and Mercedes-Benz C-Class. The new Jaguar XE will be the first product to utilise the company's new aluminium architecture that was showcased in the C-X17 concept in 2013. According to the company, the aluminium structure will give the car 'exceptional handling, performance, refinement and efficiency'. The XE will be offered with a new engine line-up called 'Ingenium' in different capacities and power output options. 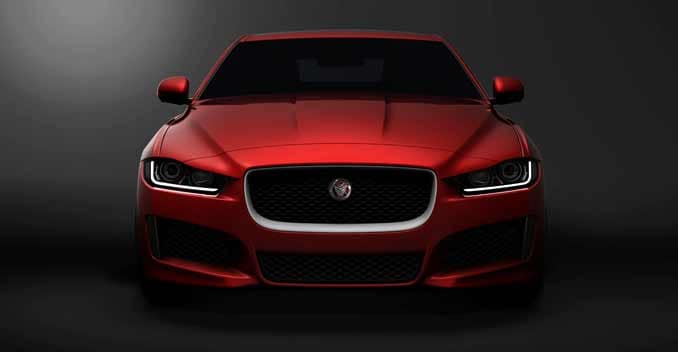 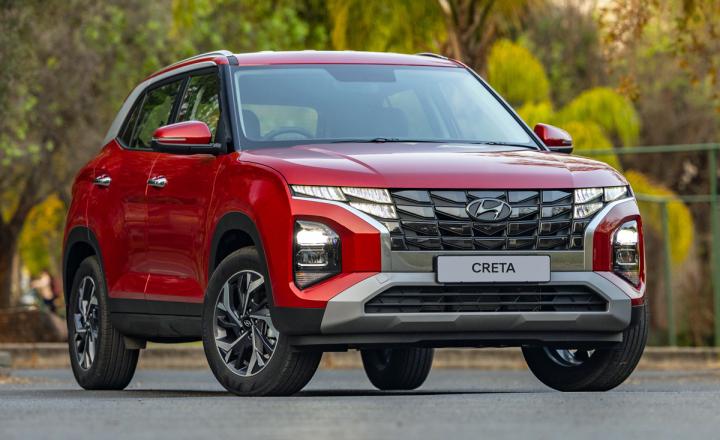 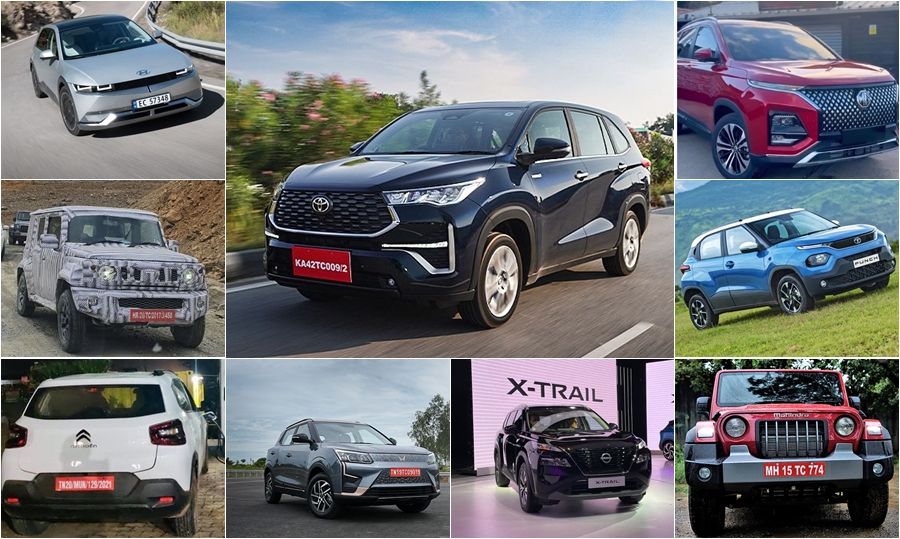 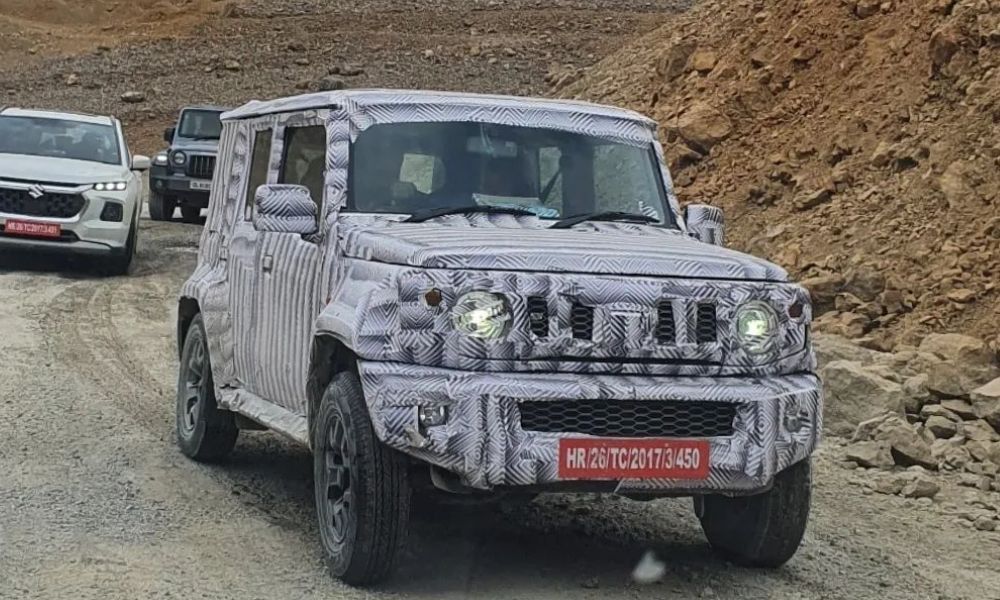 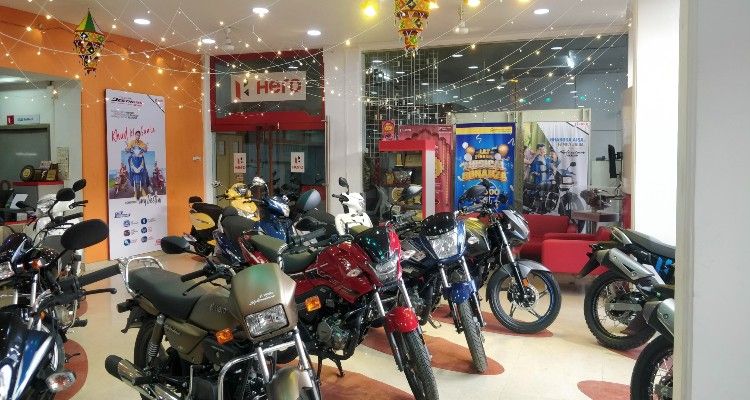