Upcoming Renault Triber To Be Unveiled In June

The upcoming Renault Triber will be a 7-seater vehicle with a unique modular seating functionality, featuring a segment-first removable third-row seat. It will be unveiled in India on June 19, 2019. 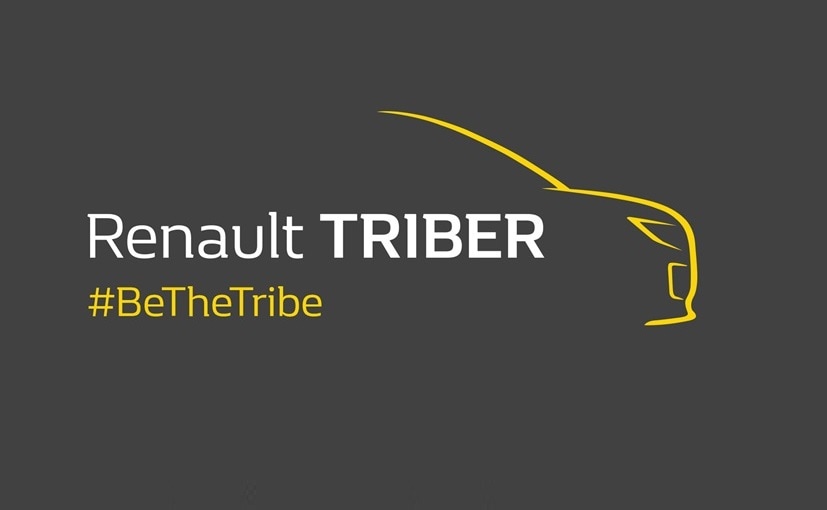 The much-awaited Renault Triber 7-seater vehicle will be making its global debut in India on June 19, 2019. The new compact car from Renault India is an all-new model based on the modified version of the Kwid's CMF-A platform. The new Renault Triber car is expected to be launched sometime in the second half of this year, possibly around Diwali, and the car is already undergoing testing in India. Renault India has confirmed that the upcoming Triber will be positioned in India between the Kwid and its SUV offerings.

The upcoming Renault Triber will be a compact car, similar to the Datsun GO+, but it will not be a sub-4 metre vehicle like the latter. Having said that, the Triber is also expected to be a lot more rigid, offering improved crash capacity and more safety features to make it compliant with the stringent safety norms that will be regulated from October 2019. This also means that features like ABS with EBD, dual-airbags standard, rear parking sensor, driver seatbelt reminder, and speed alert could be offered as standard fitment.

While the new seven-seater version has already been spotted testing in India on multiple occasions, all the prototypes were heavily camouflaged, so there is not much for us to talk about the design and styling. However, based on the exposed bits, the new Renault Triber is expected to come with a premium-looking design with a bold grille, styling headlamps with LED daytime running lamps, and a wide central airdam. We also expect to see some heavy plastic underbody cladding, roof rails, LED taillamps and alloy wheels with a set of skinny tyres.

Speaking on the matter, Venkatram Mamillapalle – Country CEO & Managing Director, Renault India Operations, "Innovation is a key pillar of our business strategy. While we have showcased our intentions and actions towards future mobility on a global scale, we have a strong innovation story in India as well. This is reflected by our clear product strategy to cater to newer and growing segments of India's automotive market. Both Duster and Kwid created a strong legacy for the Renault brand in India. We will be launching an all-new car for India this year – Renault Triber, which is another testament to our focus on innovation. Renault TRIBER is a new car that's been designed and developed for India. It will bridge the gap between KWID and our SUV offerings in India. With a unique body-style that cannot be classified into a simple category, Renault TRIBER will offer best-in-class space with first-of-its-kind modularity. We will continue on our innovation journey in India, to develop products that shape the future of India's automobile transformation".

As for the cabin, the new Renault Triber will also come with a newly designed dashboard with two-tone black and beige treatment with a silver panel around the trapezoidal air-con vents. The car will also get a large centre touchscreen display for infotainment, which could come with both Apple CarPlay and Android Auto. Renault had earlier mentioned that the new Triber will also come with a spacious cabin, which is also apparent from the long wheelbase, and short overhangs. Furthermore, we had also shared our exclusive report about the upcoming Triber's unique modular seating functionality, featuring a segment-first removable third-row seat.

It's too early to talk about powertrain options, however, we expect the new Renault Triber to come with both petrol and diesel engine option, with manual and automatic (possibly AMT) transmissions. It's also possible that Renault could offer a turbocharged version of its 1.0-litre engine that powers the Kwid.