The two races of the Volkswagen Ameo Class 2019 Round 2 had very different outcomes, which leave the room open for the top spot in the points table with Saurav Bandopadhyay, Pratik Sonawane and Jeet Jhabakh being the top performers. 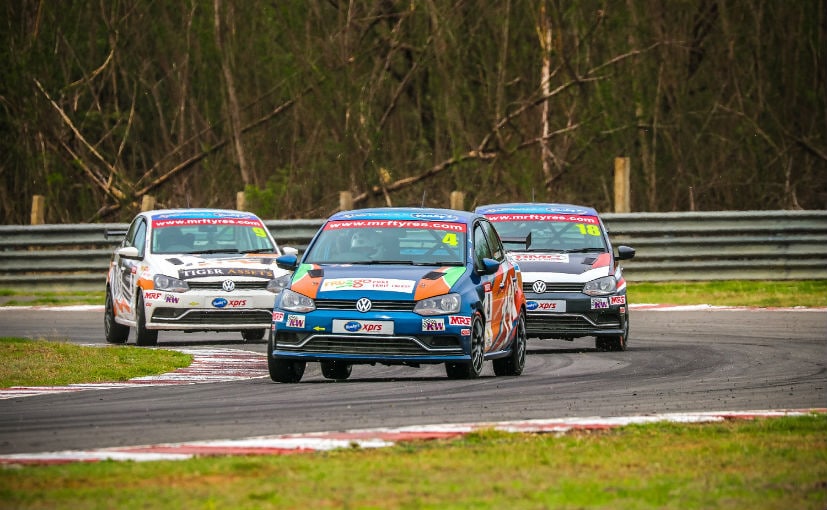 It was an exciting second round of Volkswagen Ameo Class 2019 as the races of the weekend saw different outcomes. While the first race of the season saw Jeet Jhabakh take the lead in the championship, the second round had Pratik Sonawane taking the top spot in the feature race on Saturday, and Saurav Bandopadhyay at the top in the second race on Sunday. For Round 2 of the 2019 Ameo Class, the action shifted to the Madras Motor Race Track (MMRT). 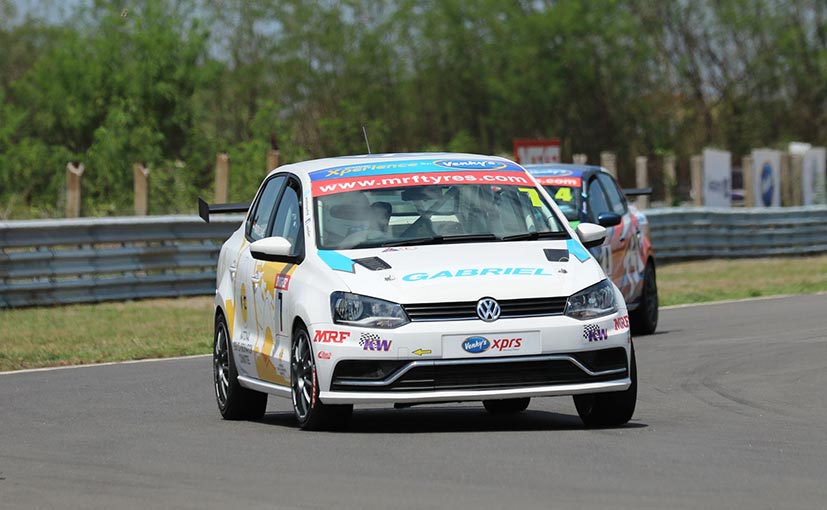 Starting on pole, Pratik Sonawane won the first race of Round 2

The first race saw Pratik taking a dominant pole position in qualifying with a time of 1m54.790s. The Pune-based driver managed to beat Mumbai's Saurav to the pole and was aggressive on converting his advantage into a win. The driver maintained the lead throughout the race with Saurav finishing second and title contender Jeet finishing in third place respectively. The battle for second place though was more exciting as Jeet tried to pass Saurav during the first lap, but the latter managed to fend off the attack in what was an incident-free race. 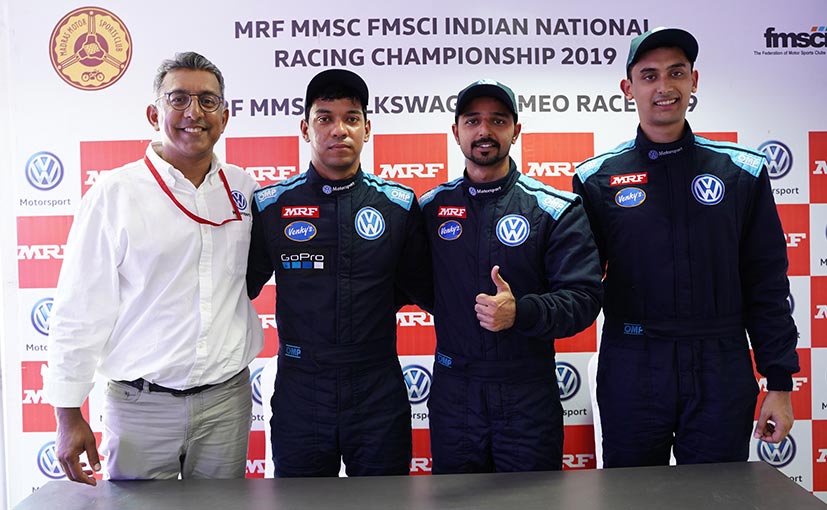 Commenting on the first race of Round 2, Sirish Vissa, Head of Volkswagen Motorsport India said, "We had lot of drama on Thursday due which the drivers lost some practice time. But the technical team put all the cars back together very quickly to ensure that no time was lost from Friday onwards. It has been a challenging week for us as a team and especially for the drivers as the weather conditions here challenging with high humidity and high temperatures." He further said, "I am happy to witness the way the drivers managed to remain cool-headed in such challenging situations. This shows the amount of mental preparations the drivers have made. Overall it was a decent race."

Winner of Race 1 of Round 2, Pratik Sonawane said, "It was a gradual progress for me through the weekend and most importantly I had to adapt to the track conditions as it kept on changing. On Thursday, my practice session did not go off well. On Friday however, I started picking up the pace and understood where exactly I could gain time. Slow and steady I increased my pace according to my strategy and I am happy that worked in my favour." He further said, "Like always Volkswagen has put a fantastic car together which is really very efficient and something to be dependable upon. During Free Practice session two, I was the second fastest. Luckily, I was able to improve during Qualifying Session and achieved pole position as well as my first win at Race 1 of Round Two 2019."

The second race saw a contrast result as the while also rejigging the points table. Race 2 had a reverse grid order with the top finishers from Race 1 starting at the back. Harsh Seth took the pole position and was followed by Avik Anwar, Najeeb Shaik and Anuranjan Velmurugan. Harsh is one of the new rookie drivers this season and made a number of mistakes on the opening lap dropping him down to P12. This allowed Avik to take the lead, which he maintained the last lap. Saurav Bandopadhyay started 11th on the grid, but was consistent through the laps and climbed up to third by the last lap behind along with Pratik Sonawane. The drivers found an opportunity on the final lap to pass Avik as Saurav climbed to the top spot with Pratik finishing in second place. Avik was eventually placed third, taking a podium finish.

The race, however, had its share of drama after Jeet Jhabakh and Chetan Surineni made contact and suffered damage to their cars. The incident led to both the drivers receiving a DNF in the second race of the weekend. 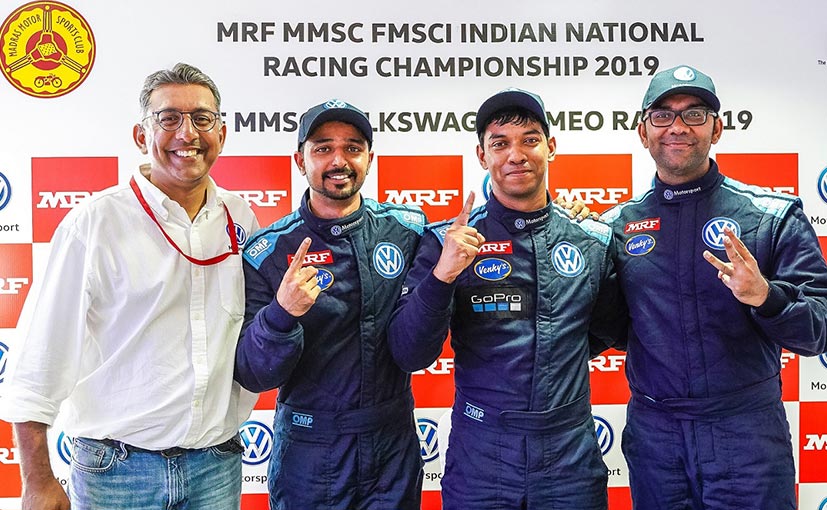 Commenting on Race 2, Sirish Vissa said, "It was a phenomenal race for us.  The top drivers have shown consistent pace and preparations for the races. We are mid-way through the season and the battle for the championship is only expected to intensify from here onwards. I am hoping that this extremely close battle continues on to the last race".

After dominant Round 1, the second round of the Volkswagen Ameo Class 2019 opens room for the title contender even as Jeet leads by a small margin. There are two more rounds left in the series scheduled in August and October respectively at MMRT, which will decidet the title winner.

Toyota Glanza
₹ 6.98 - 8.9 Lakh *
View More
Subscribe to Our Newsletter
Over 1.5+ Lakhs subscribers
Thank you for Subscribing to Us
x