Targeting the growing breed of tourers, the newly launched Yamaha Fazer 25 competes against the similarly priced Bajaj Pulsar RS 200. But does the Yamaha offering manage to make sense over Bajaj Auto's flagship Pulsar? We do quick check to find out. 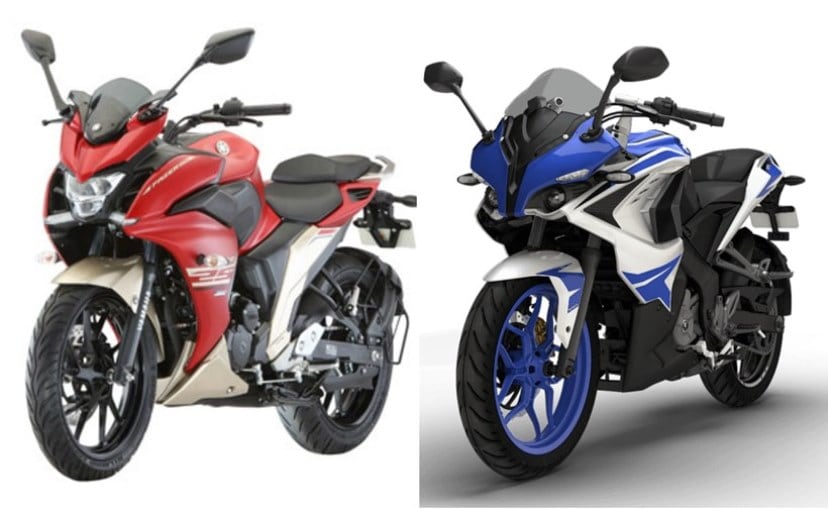 A launch anticipated since the FZ25 arrived, Yamaha Motor India has introduced the all-new Yamaha Fazer 25 in the country. The model is essentially the full faired sibling of the FZ25, using the same components underneath its new skin. It has also been priced competitively at ₹ 1.29 lakh (ex-showroom, Delhi), which makes it one of the more lucrative sport tourers to take into consideration. However, much before Yamaha, Bajaj Auto already cracked this code with its first full faired offering - Bajaj Pulsar RS200. The sharper looking Pulsar arrived in 2015 and manages to offer more power and features over the Fazer 25. But is that advantage enough for the RS200? We do a quick specifications comparison between the new Yamaha Fazer 25 and Bajaj Pulsar RS200 to find out. 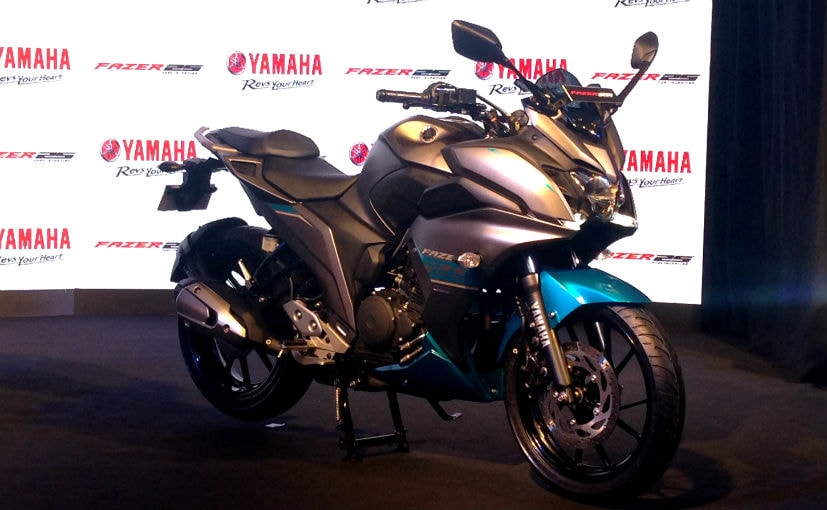 Both the Pulsar RS200 and the Yamaha Fazer 25 have a unique design language that has received polarising opinions. The Pulsar seems heavily inspired from a certain European electric motorcycle and is all about the cuts, lines and bulky fairing. It's hard to miss one on the road and it certainly looks good in the black and red colour scheme. Another distinguishing feature on the RS200 is the LED tail light design that is controversial to say the least, but definitely adds to the distinctive identity of the motorcycle.

Yamaha designers seemed to have received similar design brief for the Fazer 25. The overall styling is different and centered around the single headlamp cluster. The fairing is sharp and has beefed up extensions on either side. The same also incorporate LED DRLs, while the side fairing covers the engine unlike the 150 cc version. At the rear, things are far more sober on the Fazer 25, considering most components are shared with the FZ25. The overall styling though could've been so much better than what we see here. 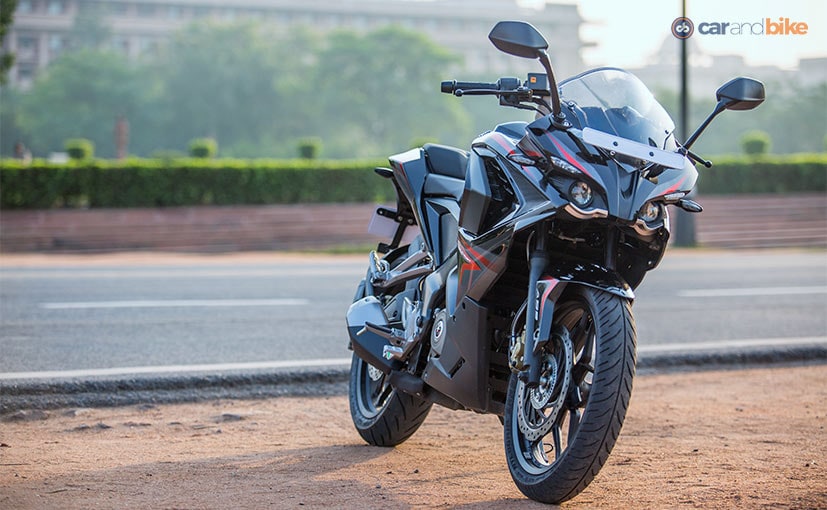 With respect to dimensions, the Yamaha Fazer 25 is the longer and wider bike here, while also sporting a longer wheelbase at 1360 mm. In contrast, the RS200 is taller at 1114 mm and also gets a taller seat height at 810 mm. The Fazer's 795 mm seat height will be appreciated by shorter riders, while a ground clearance of 160 mm also helps it win brownie points. The Fazer also gets a slightly larger fuel tank at 14 litres, which should give it a better range over the 13 litre fuel tank of the RS200. 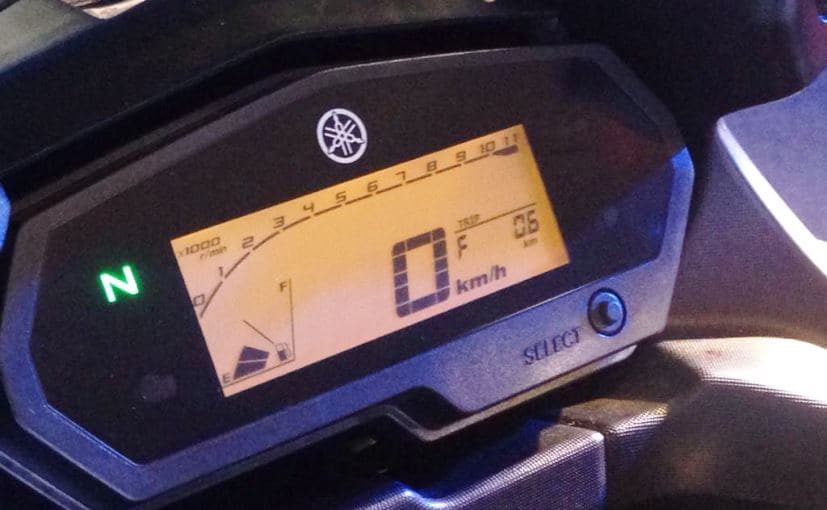 Both models are up-to-date on the feature front and managed to check all the right boxes. The Bajaj Pulsar RS200 comes with twin projector headlamps while the Yamaha Fazer 25 uses an all-LED headlamp with DRLs. Both bikes get LED tail lights while Auto Headlamp On (AHO) function is standard. The RS200 continues to use the analog-digital instrument cluster from the Pulsar NS200, whereas the Fazer gets an all-digital instrument console carried over from the FZ25. Mind you, the RS200's unit looks much sportier.

Power on the Bajaj Pulsar RS200 comes from a 199.5 cc single-cylinder fuel-injected engine that makes about 24 bhp at 9750 rpm and 18.6 Nm of peak torque at 8000 rpm. The liquid-cooled motor is paired to a 6-speed transmission. In contrast, the Yamaha Fazer 25 is a proper quarter-litre sporting a 249 cc single-cylinder air-cooled engine, but makes far less power churning out 20.6 bhp but at a lower 8000 rpm and peak torque of 20 Nm at 6000 rpm. Unlike the Pulsar, the Fazer 25 makes do with a 5-speed gearbox. 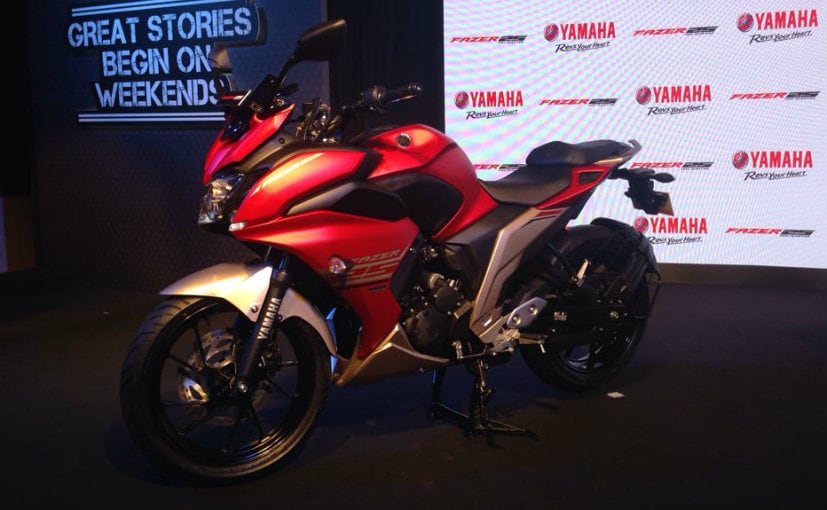 While the Bajaj motor is unarguably the more powerful one, Yamaha engines are known to be tad more refined. The Fazer 25 also has the weight advantage with a kerb weight of just 154 kg, making it about 9 kg lighter than the RS 200's 165 kg kerb weight.

The Yamaha Fazer 25 uses a Diamond type frame whereas the Bajaj Pulsar RS 200 gets a pressed steel Perimeter frame. Both units are modern and aid in decent handling as well as weight distribution. Coming to the suspension setup, both machines use telescopic forks up front and a monoshock unit at the rear. The Pulsar RS200 though gets a Nitrox monoshock setup that absorbs bumps well. Going by the FZ25, the Fazer 25 is also expected to boast of a comfortable ride quality, more so, in keeping with its touring credentials. 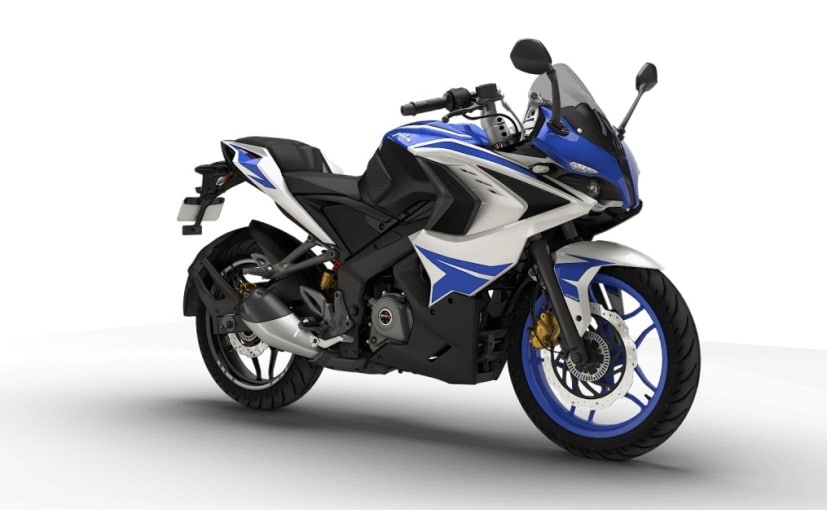 Bajaj Auto has always been known to aggressively price its products and the Pulsar RS200 has been no different. The non-ABS RS200 comes with a price tag of ₹ 1.22 lakh, which makes it about ₹ 7000 cheaper than the Yamaha Fazer 25 that is priced at ₹ 1.29 lakh (all prices, ex-showroom Delhi). The ABS equipped RS200 is marginally more expensive at ₹ 1.34 lakh (ex-showroom, Delhi), which makes it just around ₹ 5000 more expensive than the Fazer, but much safer too.

On paper alone, the Bajaj Pulsar RS200 definitely has the advantage in this comparison. It is the cheaper bike here and manages to offer more power and better safety for the money. While styling is a subjective matter, the RS200 is the sportier offering when compared the Fazer 25. However, the Fazer 25 has perks of its own. It gets the more refined engine, a few stand out features and will be slightly more fuel efficient as well over the RS200. With a lighter kerb weight and higher torque output, it just might be as fun at the flick of the throttle. We will be looking forward to compare these bikes head to head in the next few weeks to see which one emerges as the true winner on road. Keep watching this space.