BMW is set to launch the long wheelbase version of its entry-level sedan in the India, the 3 series. We drive its Diesel trim and more importantly give you a feel of the increased space on the second row. 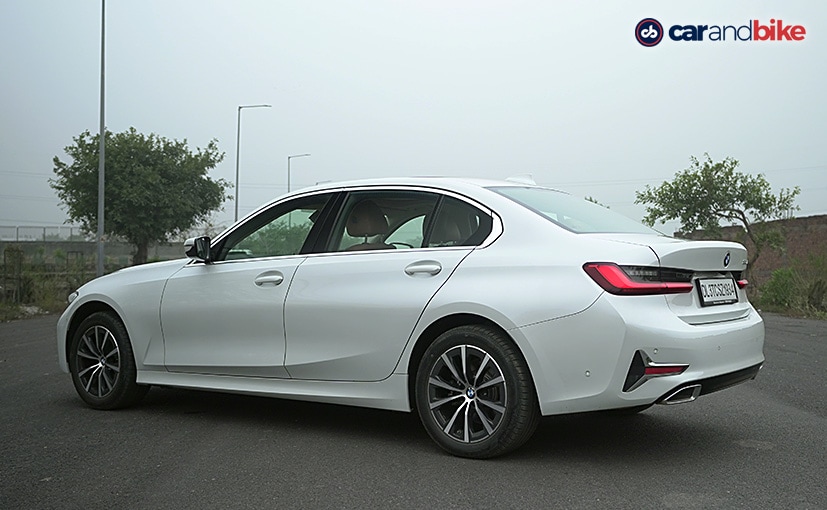 View Photos
The 3 Series Gran Limousine will be launched in India on 21st January, 2021

BMW's newest car in the country is an extended form of the 3 series sedan, called the 3 series Gran Limousine. India is the first right hand drive market anywhere in the world to get the car and of course the focus here is on the extra space inside the cabin, specifically for people in the rear seat. It replaces the 3GT in the BMW India line-up and when it comes to wheelbase it is longer than the regular 3 series by a good 110 mm. I spent some time behind the wheel of the car and on the second row as well so get a first hand feel of just how different is the 3GL when compared to the regular 3 series sedan. 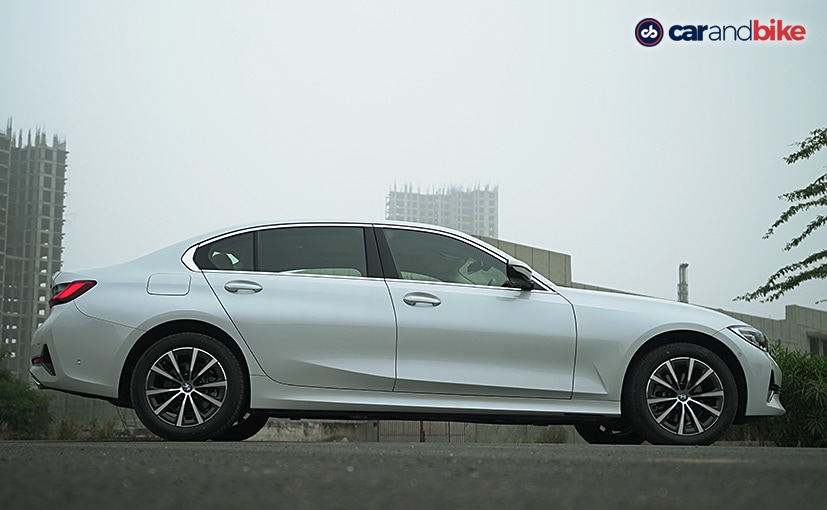 Wheelbase on the 3GL is longer than the regular 3 series by a 110 mm.

Since the main focus is on a longer car let's take a look at the dimensions to begin with. The wheelbase of the car is 2961 mm, while the overall length is 4,819 mm which is also 110 mm more than the 3 series sedan. This makes it the longest car in its segment. At 1,827 mm it is exactly as wide as the regular sedan but a height of 1,463 mm makes it is 28 mms taller. So yes it looks considerably larger than the 3 series sedan. 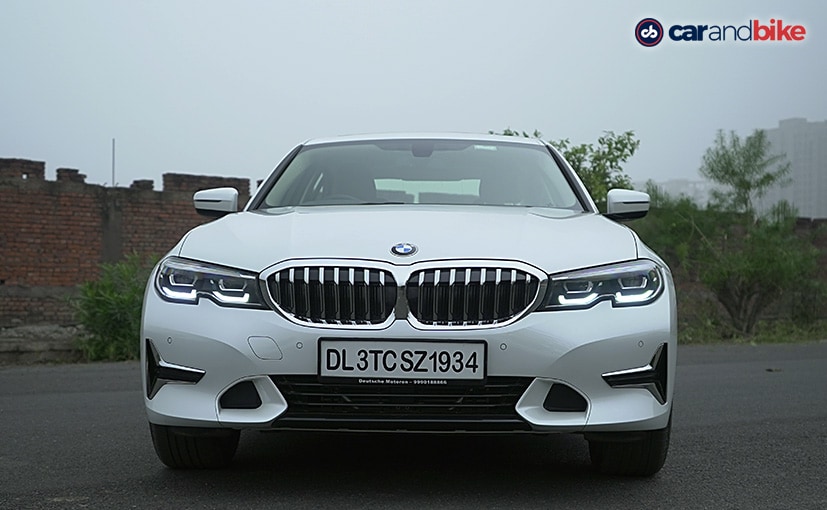 The car is being launched in the Luxury and the M Sport first edition versions and what you see here is the former. The long wide bonnet really makes it look bigger than its rivals. LED headlights with extended features and U-shaped daytime driving lights come as standard and the t-shaped air intakes as usual stand out. If you take a look at the M Sport version the slats on the kidney grille are finished in high gloss black. 18-inch alloy wheels are also a part of only this variant. The Luxury line that I got to sample came with 17-inch alloy wheels. 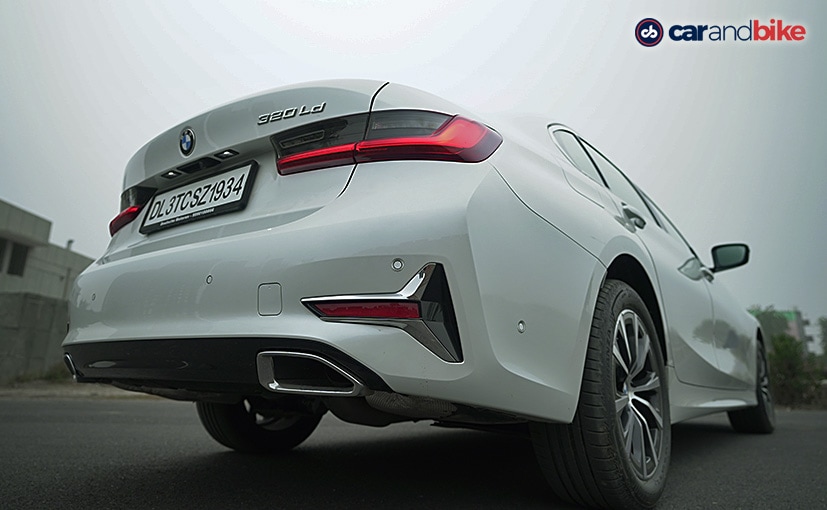 Slim 3-dimensional LED tail lamps and dual exhausts are highlights on the rear.

The profile is quite appealing and the long wheelbase means that this looks like a proper 3 box car. Slim 3-dimensional LED tail lamps and the dual exhausts make up for an attractive rear. The car is available in 4 colours, namely Mineral White, Melbourne Red, Cashmere Silver and Carbon Black. 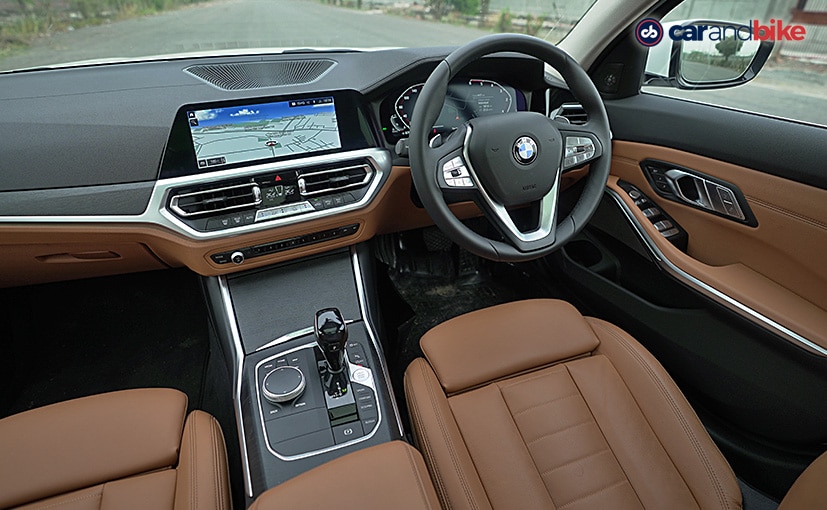 Many features are reserved for the more expensive M sport version of the car.

The cabin has a familiar BMW feel and the M-sport first edition gets exclusive features like Head-Up Display, Gesture Control, Comfort Access and Surround view cameras with 360 degree camera view. Though the driver and the front passenger seats both can be adjusted electrically even in the luxury line. The good thing is that all driver related functions like start stop button and gear lever are placed together in one area. The high-quality leather upholstery 'Vernasca' is offered as standard on the car so is the 464 W, 16 speakers Harman Kardon Surround Sound system. 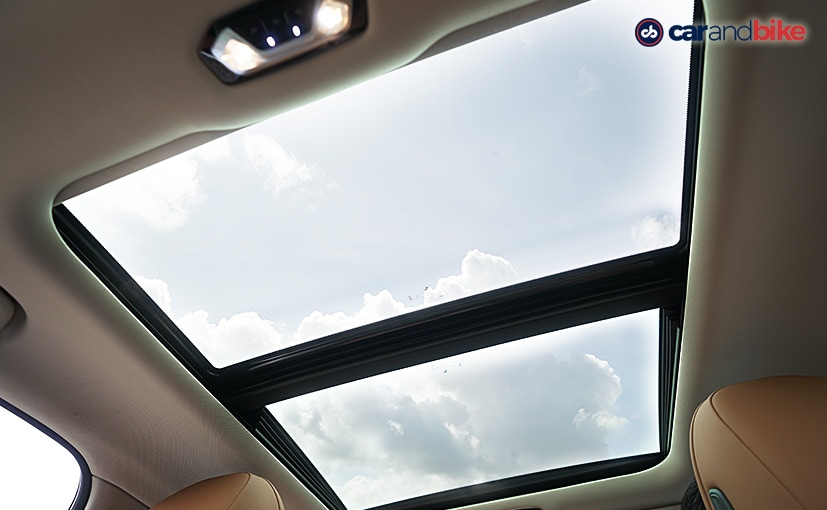 The 12.3-inch instrument cluster and the 10.25-inch screen give it a futuristic appeal, the latter gets Android Auto and Apple CarPlay compatibility. You also get features like wireless charging, air purifier and a panoramic sunroof. And yes you can speak to the car as well. 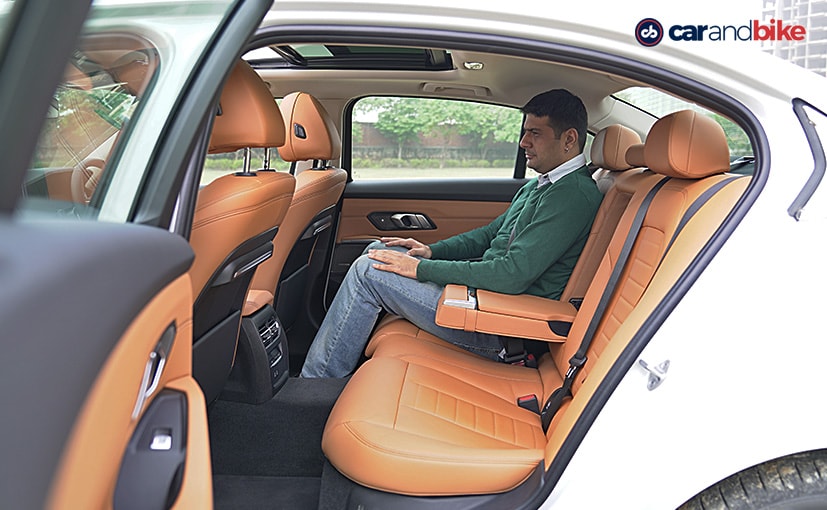 43mm of increased legroom is indeed the biggest highlight on the car.

The rear doors are 110 mm longer than those of the 3 Series sedan. This means getting in and out of the car will be a breeze. According to BMW that has allowed an extra 43 mm of legroom on the second row. And there is a lot of space here. And this despite the fact that the seat that offers fantastic thigh support. And its not just the space you also have newly designed headrest and the central armrest which make things more comfortable. The car also gets 3-zone climate control and 2 charging slots on the rear seat. It's safe to say that if you're buying this car to sit on the second row you will won't be disappointed, there's plenty available. The car gets a boot space of 480 litres which looks like a bit of a compromise especially after the generous second row. 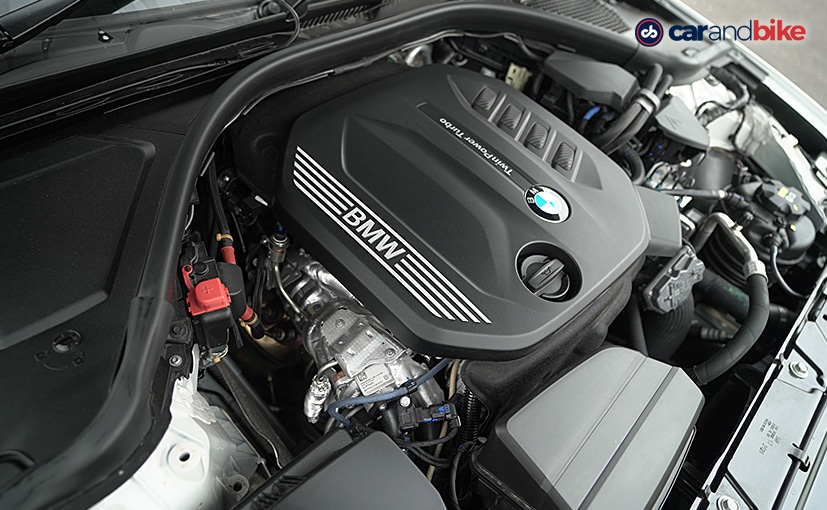 Both Petrol and Diesel engine options are available on the car.

Engine options remain the same as seen on the 3 series and the Gran Limousine and gets both Petrol and Diesel drivetrains. While the Luxury line gets both Petrol and Diesel engine trims and I drove the latter, the M Sport only gets a Petrol and the trim is called 330Li. Both of these are 2.0-litre twin turbo 4 cylinder motors but at 254 bhp, Petrol is more powerful while this Diesel makes around 187 bhp. And while a torque figure of 400 Nm is exactly the same on both engines, on Petrol it kicks in much earlier at around 1,550 rpm and stays till much later which is 4,400 rpm. 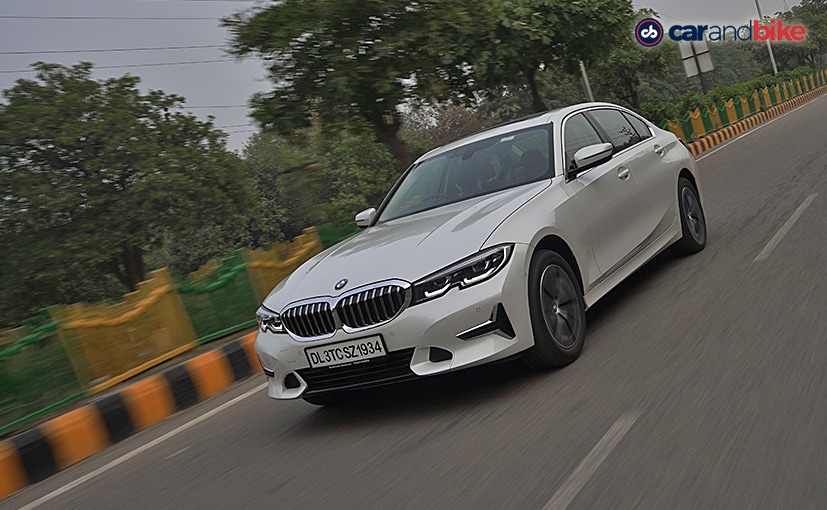 Petrol is more powerful while torque figure remains the same on both engines.

On Diesel though the peak torque is available only between 1,750 and 2,500 rpm. And that's why on paper the petrol looks a sweeter deal. It's also quicker off the block and does a 0-100 kmph in 6.2 secs which is 1.4 secs faster than the Diesel. But that good amount of torque and some cool tech means the Diesel doesn't disappoint either in most situations. 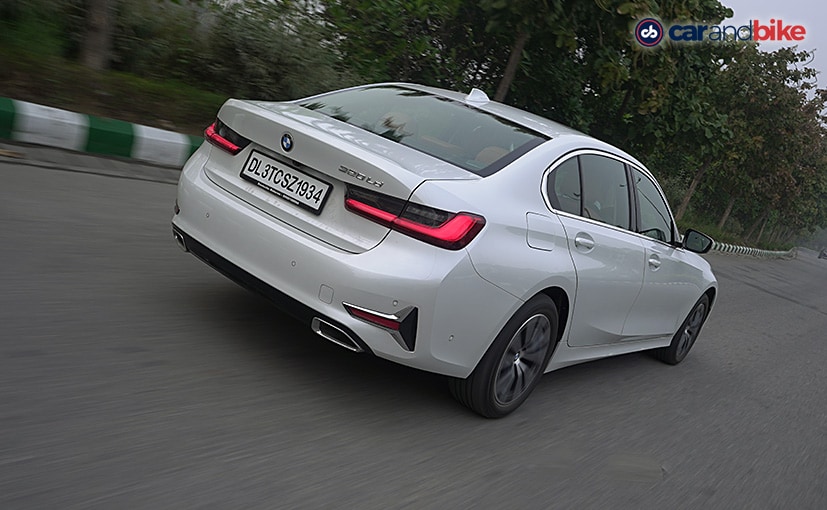 By tech I mean that the 8-speed Steptronic transmission factors in data from the navigation system and the Active Cruise Control system's radar sensor. This helps when you're about to hit a fast corner and the system is able avoid unnecessary gear changes. In an alternate situation, when approaching a vehicle ahead the down shift happens a little earlier so that engine braking can be used to reduce speed. 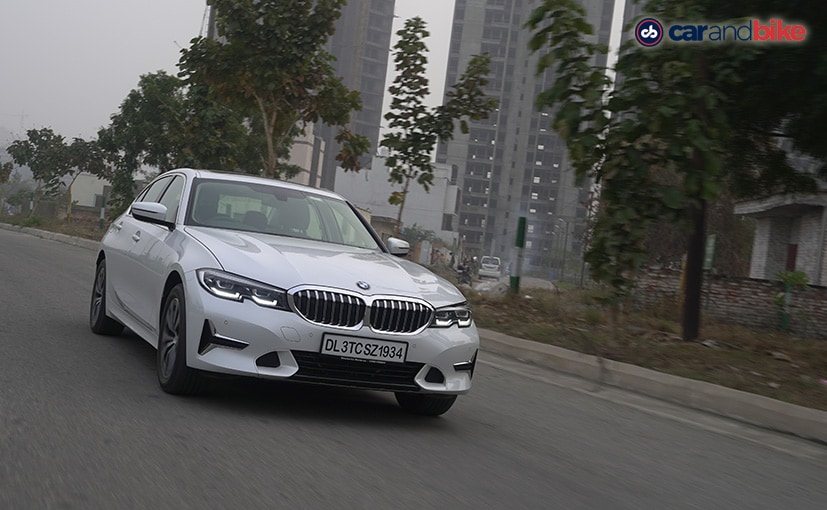 There are 4 driving modes here; Eco Pro, Comfort, Sport and Sport+. According the BMW the first one reduces fuel consumption by around 20 % which is claimed to be 15.30 kmpl on Petrol and 19.62 kmpl on Diesel. The coasting function finds a place in this car as well and is available when either Eco Pro or Comfort mode is selected at speeds between 15 and 160 kmph. The car also gets the BMW launch control function and paddle shifters for those who want to take matters into their own hands. 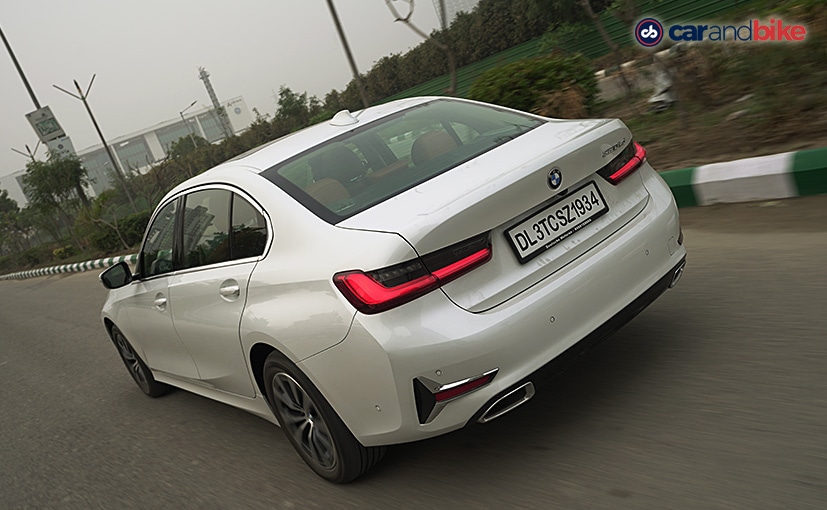 The handling on the 3 series Gran limousine is quite agile and the car takes to the corners with aplomb. In fact you don't feel like you're sitting in a car that is taller than the 3 series sedan. The electric power steering is surprisingly engaging enough to ensure that you enjoy your time with it. The suspension isn't really plush and is typical BMW, but does a decent job in taking on the bumps and the potholes or bad patches of the road that come in your way. 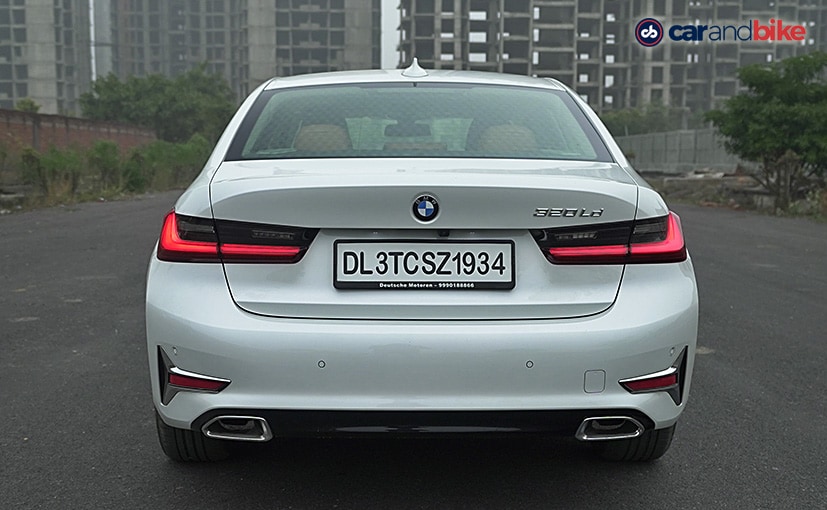 BMW 3GL is loaded with safety features, including a parking assistant. 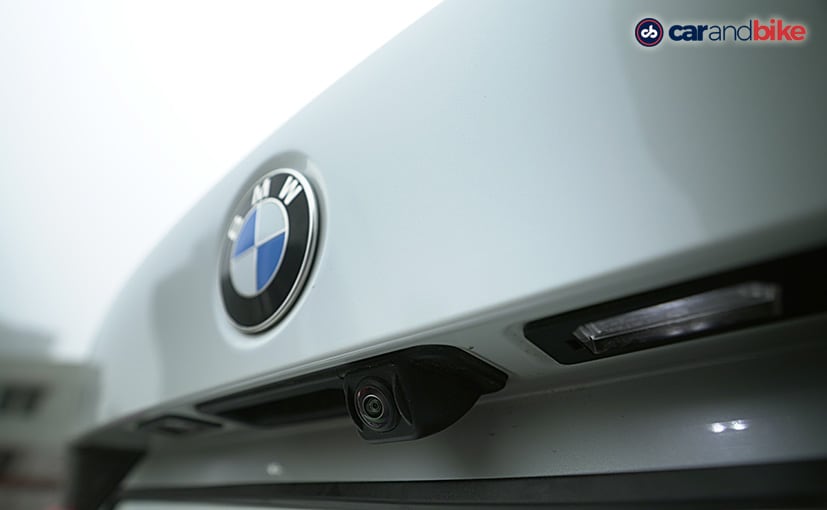 We expect the car to launch at a premium over the 3 series sedan.

The 3GL is promising to offer more comfort at price which may not be beyond your reach and as a chauffeur driven car it is right up there in the segment. The launch of the car is a few days away but the bookings have already begun at a cost of ₹ 50,000. Early-bird customers are also getting a complimentary BMW Comfort Package worth ₹ 1 lakh which comprises an iPad, iPad holder, and a coat hanger. Just for reference, the 3 series sedan starts at ₹ 42.30 lakh (ex-showroom) for Petrol and ₹ 47.90 lakh for Diesel. Its top of the line M Sport first edition is priced at ₹ 49.90 lakh. In comparison this long wheelbase model is expected to be priced between ₹ 50 and Rs 54 lakh.