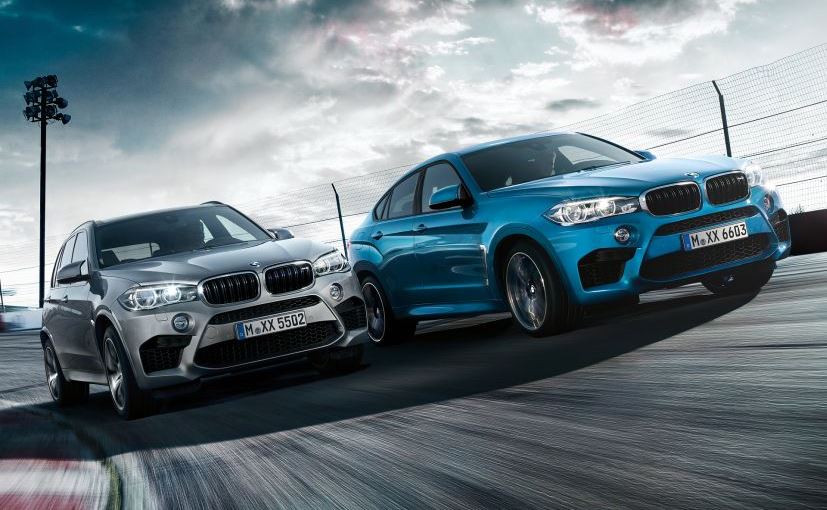 The stage was set for an overdose of horsepower. The Madras Motor Race Track near Chennai was suitably warmed up, thanks to the weather lending an air of drama as a fantasy unfolded. BMW offered us their delectable range of M cars to drive on the race track. It's easy to lose focus in such a scenario, so it took us a while to get our eyes focused on the two SUVs that joined this lineup - the X5 M and the X6 M. With the likes of the pure-play performance cars like the M3 & M4 around, the second generation models of the Sports Activity Vehicle X5 M and the Sports Activity Coupe X6 M had to prove that they were as much fun on the track.

Visually, it's difficult to identify any changes in the design of both the cars in their new M avatar. The familiar kidney grille with double slats, large three-part air inlet, twin tailpipes, and those 21-inch alloys do add the crucial sporty character. While the X5 M retains most of its powerful stance, it's the X6 M that is more attractive with the coupe styling accentuating its M design package.

Both SUVs match each other in features and looks inside the motorsport inspired cabin. I quite liked the feel of the new multifunctional M leather steering with integrated aluminium gearshift paddles, providing fantastic grip as you make sharp turns on the track. Other M features that are standard on both SUVs include leather-trimmed BMW Individual instrument panel, center console with knee pads, M-specific gear selector lever, and driving dynamics buttons.

All that sounds impressive, but I was still a bit apprehensive; could these monsters do justice to their M badge on the track? After all, under the hood was the M TwinPower Turbocharged V8 petrol engine. Packing in 575 horsepower and 750Nm of torque, the SUVs take off with purpose from the racing line and feel quite agile for 2.3 tonne beasts. BMW claims a 0-100Km/hr acceleration in just 4.2 seconds. Yes, that is seriously impressive!

No dual-clutch, but the new 8-speed M Steptronic transmission does the job pretty well. There's a seriously complex and highly impressive BMW xDrive All-wheel drive system. Let's just say this system offers a bit of everything - from drifting fun (don't get your hopes up of sliding around too much) on the track to tackling rough roads. The only point where the SUVs feel a bit heavy is while you are braking since it does take a bit more effort for controlled braking on the track. So dipping in and out of sharp corners at quick pace might require a bit more precision than the performance sedans. But the steering offers great feel and we have come to expect the steering on the BMWs to be the best in its class and the M SUVs don't disappoint.

Suffice it to say all the apprehension I had at the start vanished within just a few laps as the 2 SUVs showcased their brute performance capabilities. BMW calls the M the most powerful letter in the world, and adding it to a couple of SUVs doesn't sound as absurd anymore with the new generation models packing more than enough punch.

Kia Sonet Subcompact SUV: What We Know So Far
Subscribe to Our Newsletter
Over 1.5+ Lakhs subscribers
Thank you for Subscribing to Us