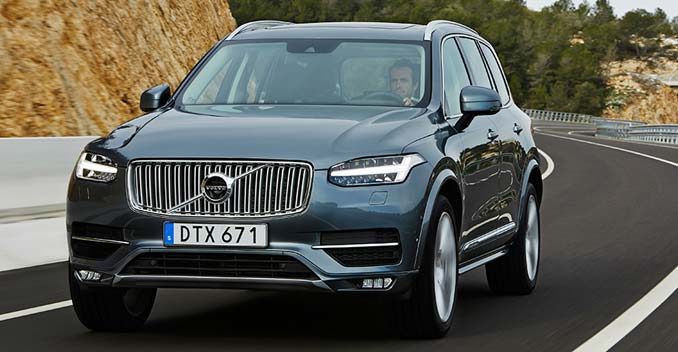 It is the biggest thing from Volvo in years. And it has taken some years in fact, for it to arrive. Volvo's Gothenburg HQ in Sweden has been abuzz with activity leading up to the launch of the new second generation XC90 SUV - the brand's flagship, and a make or break model for the Geely-owned carmaker. We had brought you details on the car from that glitzy launch event in September in Stockholm

The second generation Volvo XC90 has come after a long gap - 12 years since the first generation was launched. So, Volvo certainly had to work very hard to ensure that it got things right. At the very start let me say - it has. And that is good news for the industry, as the Germans need a strong and credible rival. This only helps in making the products better and better for the consumers. So, as Lexus pushes the envelope at one end, Volvo is beginning to do the same at the other.

I was just outside Barcelona, Spain, to drive the new car for the first time. My review took me into the stunning countryside of the Monserrat mountains. I extensively drove the car that matters to us in India - the XC90's D5 variant, finished in the Momentum trim. This will be the lower spec of the two very luxurious and feature-packed variants to be launched in our market. The second will be the high-end Inscription trim which will have active suspension, a satin-silver finish front grille and a few more goodies.

The car looks good - great proportions on the side, good height and a good sense of space, without looking stretched. This is good, as it does accommodate 3 rows of seats, but doesn't look bulky to the eye. The XC90 sports the face of Volvo's new design direction, with an impressive grille that houses the iron mark, and the striking all-LED headlights. The day time running lights are T shaped, and yes that is representative of Thor's hammer - and that;s from Swedish mythology, not the Avengers series! 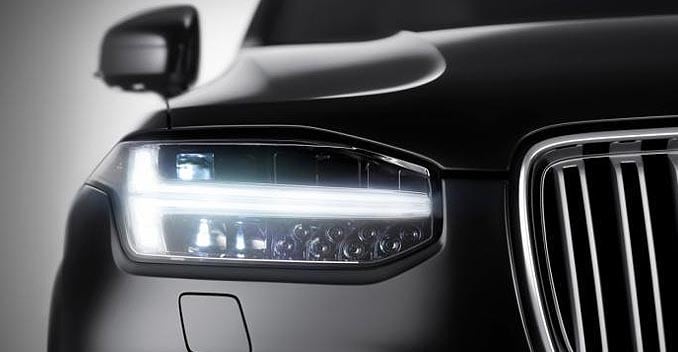 The rear has the typical vertical Volvo taillight but with added flair, and an almost incongruously wide hatch door - so designed to reduce the tallish stance that the last gen was criticized for. The car does sit uptight, but appears agile, muscular and pretty all at once. It is no surprise that the XC90 is a finalist for the World Car Design of the Year award!

The first impression I had when I drove the 2-litre diesel engine car, was that it was not electric! Initial throttle response lacked punch, and this was made worse by a very slow gearbox. In fact, the more I drove it, I quickly realized that it was the gearbox really, that was playing spoilsport, while the engine was refined, and thanks to a twin turbo - has no lag. Delivery of the ample torque on hand is also very smooth, but power delivery remains linear. I spoke with some of the power train engineers at hand, and they said this is simply a matter of retuning the box. They also added that the production models will have the option of paddle shifters - which will make controlling the gearbox that much quicker. The cars we drove were pre-production cars.

But the engine is certainly not a problem area, as it does offer 225bhp and a very generous 470 Nm of torque. It is ample, does the job and is certainly great from the context of city driving and Indian conditions. In fact, I found the fact that Volvo has chosen to stay with 2-litre, 4 cylinder engines rather refreshing. In a market crowded with SUVs trying very hard to be sportscars - each boasting V6 and V8 options, the decision to stay with more fuel efficient, yet adequately powerful engines is a smart move from Volvo - that I believe will pay off to a certain extent.

If you do want more power, opt for the petrol hybrid T8 engine instead. It not only offers more combined power (400 bhp), but also had better handling thanks to the weight of the battery pack being placed centrally in the tunnel of the car. In fact improved handling is another feature I noticed right away on the new XC90. The cars we were given did have the optional four-corner active suspension - which responds terrifically to differing road surfaces and speeds. It also comes into play when you change drive modes in the car from Comfort to Dynamic or Individual.

The T8 also has other selections like Pure Electric mode, the Hybrid mode (where the car decides the optimal use of power from both engines), and the Battery Charging mode. But otherwise the two cars are similar on spec and features. The active air suspension also allows you to lower the car's height for easy loading of cargo, or easier ingress and egress for passengers - which could be a great feature to play up in India.

Speaking of features, the massive USP of the XC90 is its cabin. The interiors look fresh, roomy, welcoming and very modern. The whole essence of understated Scandinavian design really comes through beautifully. This will be a major winner when it comes to potential buyer responses. It is the new Sensus system that forms the centre of it all. 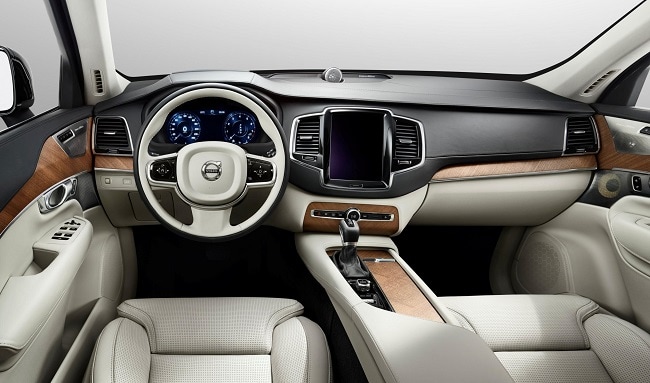 Volvo decided to do away with the many buttons of the past, and so the central console now has only 8 buttons. The main focus is on the iPad-like touchscreen control panel that makes up most of the central console. The home screen is horizontally divided into four zones: Navigation, Music, Phone and Sound Experience. Each of these tabs can be expanded by simply touching it.

You can also slide to two other screens - one for the car's controls and driver-assistance features, and another for connectivity options. There is a button at the bottom to bring you back to the home screen. The system is very intuitive and extremely user friendly. It is also easy to use when driving - and takes into account the quickest and inaccurate taps and slides very effectively. The climate control settings are at the bottom of the screen, and again expand with finger touch.

The top-end variants of the XC90 have the Bowers and Wilkins 19-speaker sound system, and you have the option to replicate the sound ambience of the Gothenburg concert hall. Trust me - listening to music in this cabin is quite a treat!

It's the ease of use on this car that's going to grab most people. That's where Volvo has tried to do something different. Think about it. Most luxury SUVs in this space, with this size and feature list - they have a certain ubiquitousness about them. On this car you have functionality that seems to have been given attention to, and so whether it's the car's own features, like lane change assist, or blind sport warning or head up display, I could just reach across to the screen and adjust it all. A quick glance is all it takes and you don't really need to take your eyes off the road.

I think it's the Sensus system that's going to be the big game changer for Volvo. It integrates with Apple Car Play, it also has the android functionality that's coming very soon, and of course it hooks up to all your devices very easily. You can access all your information, and it has voice commands that have been designed in a way where you can use regular phrases, just talk to the car - like you would talk normally.

The car's climate control system has a clean zone filter, which actively screens the air coming in to the car - thereby protecting you from pollutants, emissions, pollen and dust. This could once be a good sell in the Indian context. 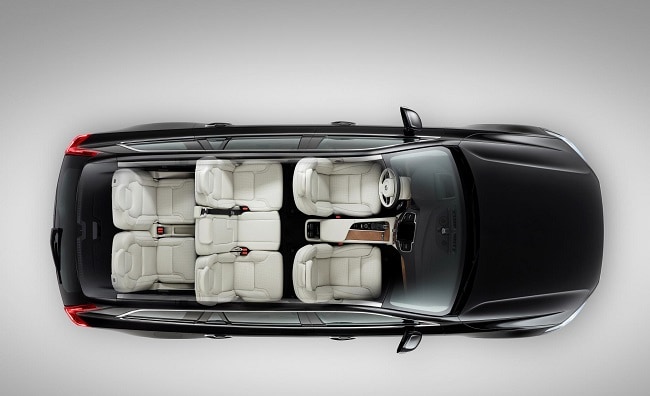 The third row sits at the same height as the second, with comfortable seats unlike some rivals. The panoramic sunroof will be standard on the Indian car, and later models will also have 2nd and 3rd row seats that fold down electrically to create more cargo space.

It's a Volvo so it's studded with all sorts of safety features. Adaptive cruise control, blind spot warning, lane-keeping-assist, and city safety - that provides emergency braking in case something comes in your way at speeds of up to 50 km/h. A lot of this will be deactivated (though present) on the cars coming to India, since it all works on radar frequency. The Indian government does not allow the usage of radar frequency, though the features can be reactivated if legislation changes. The car also has 7 airbags, besides stability control, ABS and traction control.

The XC90 will arrive by August or Septmeber and the company plans to sell 500 units in India. Like in the rest of the world, the Volvo XC90 will take on the BMW X5, Mercedes-Benz GL & ML Class, Land Rover Discovery Sport, and the Toyota Land Cruiser Prado. But its chief rival will be the very successful Audi Q7.