We drove the new Renault Lodgy Stepway in the busy evening roads of Mumbai and we have to say it was a very different experience. Introduced as a replacement to the regular Lodgy MPV, the Lodgy Stepway comes with better styling and new equipment. But are there any substantial changes? We find out. 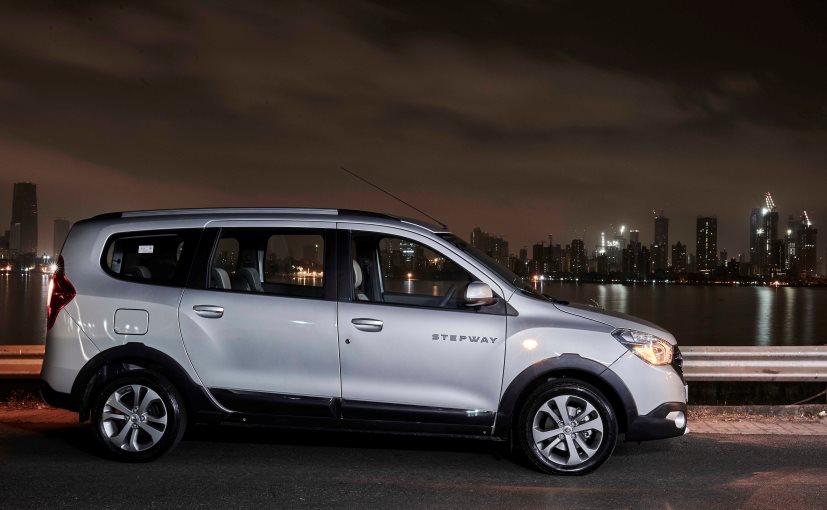 The multi-purpose vehicle a.k.a. the MPV segment in India has changed quite a bit in the last couple of years. There is a growing demand for rugged SUVs/crossovers in the market and many manufacturers have been promptly updating their existing products or coming out with new models to satisfy the demands of its clientele. The Innova Crysta and the Tata Hexa are some of the key examples of such new-age MPVs and recently they have been joined by the new Renault Lodgy Stepway.

Now, despite being a decent product, the Lodgy was never able to find the success Renault India wanted. And one of the main reasons for that was the strong brand presence of the Toyota Innova and for that matter even the Maruti Suzuki Ertiga. So far, Renault has sold almost 14,500 units of the Lodgy MPV in India since its launch, which includes the Stepway as well. In fact, currently, the company is selling about 500 units of the Lodgy Stepway in India per month on an average. Even when we consider the segment itself, in the last two years, the MPV segment's market share has declined from 18 per cent in 2014 to 14 per cent in 2016. And this is why the MPV manufacturers are looking to revamp their products to improve their sales, and the Lodgy Stepway is one such attempt. 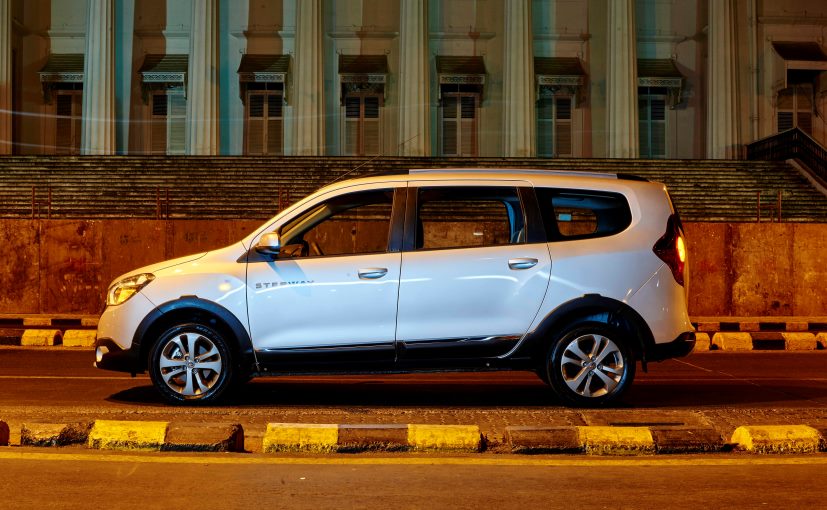 While the company had launched the car in December 2016 itself, it is now that we are finally getting to drive it. Mind you the Renault Lodgy Stepway might not be SUV-oriented as the Innova Crysta or the Tata Hexa, but it is still a more rugged and brawnier version of the regular Lodgy MPV, which the new Stepway model replaces. In that sense, the Lodgy Stepway is built to offer a comfortable ride for its occupant while tackling the undulated roads of our Indian cities and not to handle rough, off-road terrain. And to get a taste of this, Renault India invited us to a special 'Night Drive' experience in one of busiest cities in the country - Mumbai. 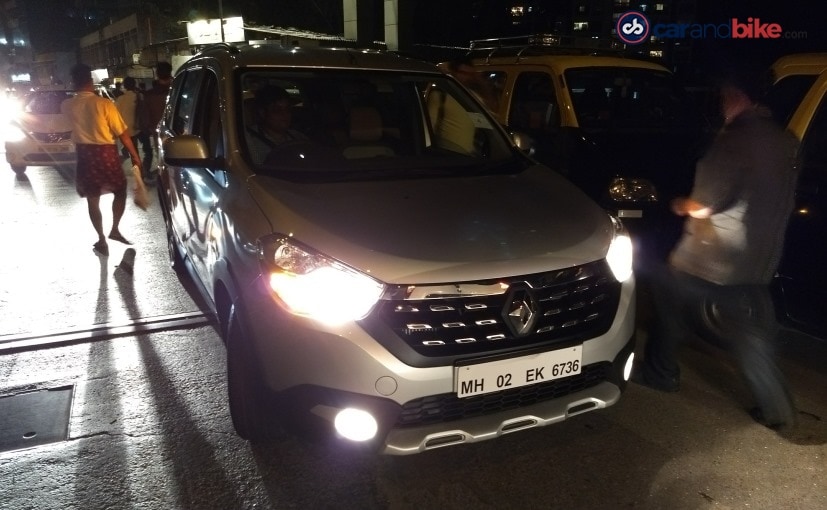 Now when you consider Mumbai traffic, an MPV isn't something that an average Mumbaikar would choose for his/her daily commute, considering the lack of parking space and the growing trend of nuclear families. Having said that, these seven-seaters do make an excellent choice for weekend outings and long drives, especially when you have bigger family. Also, there are still a large number of customers who are looking for a spacious and comfortable family car and the success of the Innova is a testament to that. This is where the Lodgy Stepway fits in.

First things first, let me talk about how the Lodgy Stepway looks. The new Lodgy Stepway has gone through a major makeover, especially the face. The MPV now comes with a larger and more pronounced grille with a chrome slat on top and parallelogram-shaped chrome inserts that add the bling factor. On either side, you get large sweptback headlamps. Sadly, they do not come with projector lights or DRLs, which according to us would have been a value addition. The front bumper has also been redesigned with some heavy usage of plastic cladding and the addition of a silver skid plate to enhance that crossover flavour. The bumper houses round foglamps and a wide central airdam with honeycomb pattern grille. 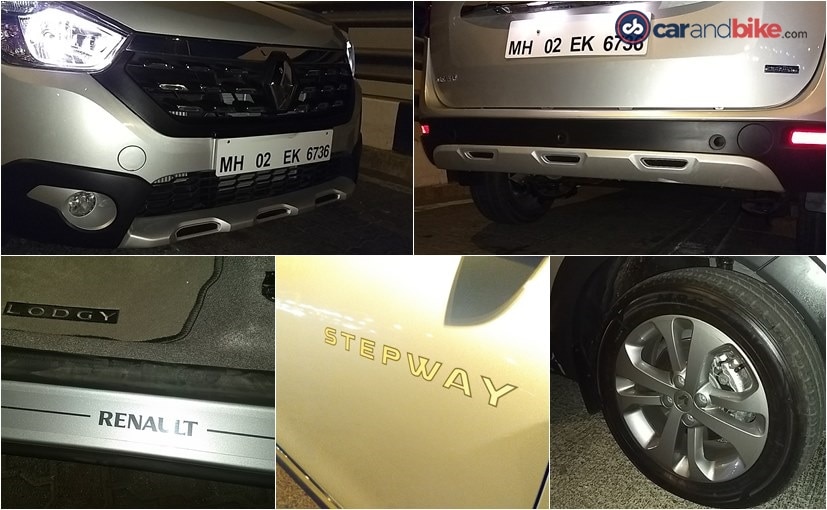 The bumper cladding joins the underbody plastic cladding that runs along the length of the car adding to its rugged design. There is a pair of new body coloured outside rear-view mirrors (ORVM) with a black base that are electrically operable and the 'Stepway' badging on the front door on both sides. The blackened B and C-pillar go well with the overall look of the car and the MPV also gets larger silver roof rails now. The rear, on the other hand, comes with a new plastic cladded bumper with silver skid plates, a redesigned tailgate and slightly restyled taillamps. Overall, then the looks have been significantly enhanced and now the Lodgy looks a bit upmarket. 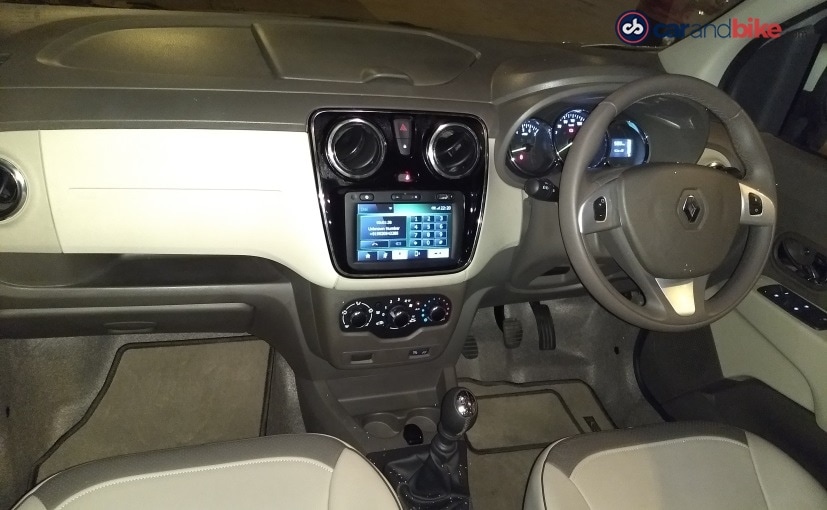 Step inside, and you are welcomed by one of the roomiest cabins in the segment, thanks to the 2810 mm long wheelbase and the MPVs tall stance that offers exceptional headroom as well. You still get the same dual tone light beige and grey palette on the dashboard as well as the seats and door panels with the addition of scuff plates on either side of the doors with 'Stepway' imprinted on them. The centre console has been neatly designed and comes with a piano-black base and a touchscreen MediaNav infotainment system with AUX, USB & Bluetooth. The MPV also comes with a three-spoke steering wheel with mounted controls for music, telephony and cruise control among others. The Lodgy Stepway we drove was the six-seater variant with captain seats for the centre row. Now, Renault calls this one a seven-seater because they think the third row can seat three people, which is only possible if all of them are kids. Even the driver's seat comes with an armrest, but only in the top-of-the-line RxZ variant. We have to note here that Renault also offers the Lodgy Stepway in an eight-seater layout for all variants. The 2nd row gets 60:40 split seats, while the 3rd row gets 50:50 split seats; both with tumble-and-fold action for easy access. The Lodgy Stepway also offers a generous boot space of 207 litres with all the seats erect and a massive 759 litres with the third row folded and about 1861 litre if you fold the second row as well. There are various other convenient features like a 12V charger for both 2nd and 3rd-row passengers like a sunglass holder, and parcel tray for the centre row passengers (all in the range-topping variant of course). 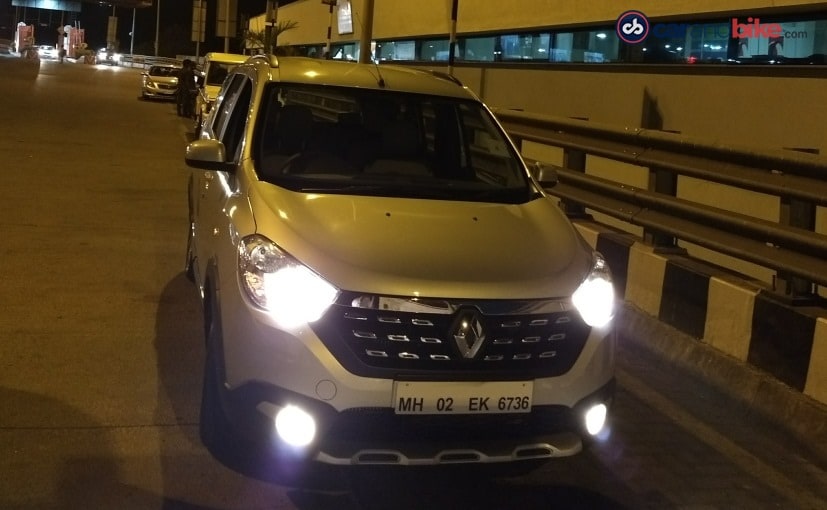 Now, mechanically, the Renault Lodgy remains unchanged and it continues to be powered by the same 1.5-litre K9K diesel engine. Depending on which variant you choose, it comes in two states of tune - 84 bhp and 108 bhp and we were driving the latter. As expected there was no change in terms of drivability what so ever. Although the one good thing about driving the car this late at night was that we did not have to face the brutal traffic of Mumbai, and I was truly able to enjoy both driving the car as well as riding shotgun. We drove from the Gateway of India to the Bandra Kurla Complex driving via the Marine lines, Haji Ali, and of course, how could we miss the Worli Sea Link at that time of the day. We agree that it wasn't a long drive but was good enough to understand how it drove. 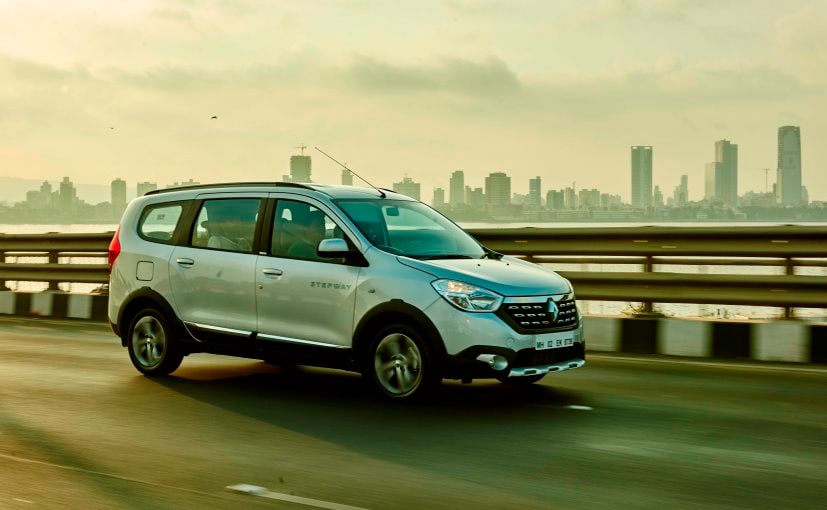 The 245 Nm torque kicks in from as low as 1800 rpm but you do feel a lag in power which is why you have to frequently change gears to get into the right power band. The 6-speed manual gearbox tuned for fuel efficiency and Renault claims that the Lodgy Stepway returns 21.04 kmpl. However, it does dilute the driving experience and this essentially meant that I had to frequently change gears and though that was alright on open roads at night time, I am pretty sure it's going to be extremely taxing in traffic conditions, which is when you start thinking as to why Renault still doesn't have an AMT variant on offer.

The ride quality on the Lodgy Stepway hasn't changed much from the standard Lodgy. The MPV still gets McPherson struts up front and Torsion struts at the rear, which are neither too soft nor too stiff. The MPV efficiently handles the potholes commonly found on the roads of Mumbai and this is experienced by rear passengers as well. The second row, the one with the captain seats, is truly a nice and comfortable space to be in. That said, the third row might feel a bit cramped for an average-sized adult so long distance travelling might not be all that comfortable. From the second, RxE variant, all models get aircon vents for both the 2nd and 3rd row, which is an added bonus in a hot and humid city like Mumbai. 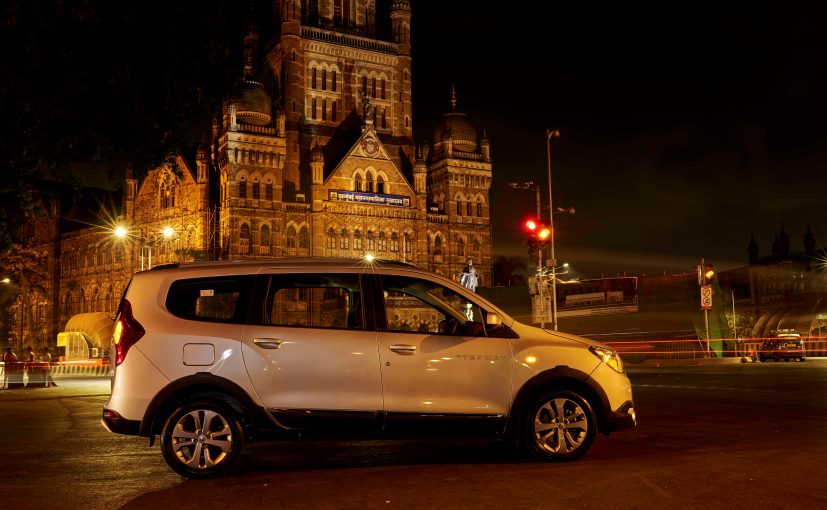 The Lodgy Stepway comes priced at ₹ 9.73 lakh for the base RxL variant and ₹ 11.55 lakh for the top-of-the-line RxZ variant. With this price tag, the Lodgy Stepway is strategically placed between the Maruti Suzuki Ertiga and the segment leader Toyota Innova Crysta. So, if you are looking for a spacious and comfortable MPV with a powerful engine that doesn't empty your bank like the Innova, then the Renault Lodgy might be worth considering.