The Skoda Kodiaq RS is the most powerful Kodiaq ever built and has a top speed of 220 kmph. 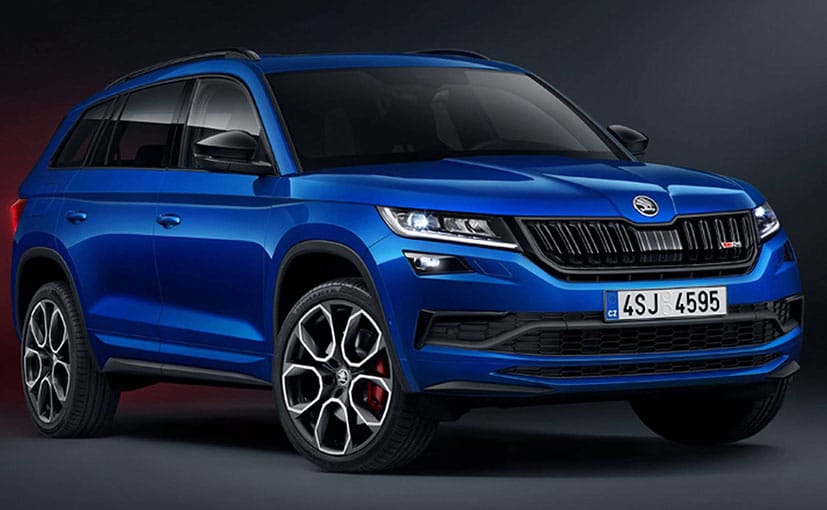 Images of the much anticipated Skoda Kodiaq RS have been leaked just a day ahead of its official debut at the 2018 Paris Motor Show. In the images the Kodiaq RS doesn't look very different from the Kodiaq Sportline which is sold overseas and that is a bit of a disappointment. However, all the sporty add-ons make it look aggressive, it looks fashionably fast for an SUV that can seat seven. Elements like massive 20-inch alloy wheels, dual exhaust pipes and the RS logo embossed at the piano black grille and the bootlid make it look purposeful. 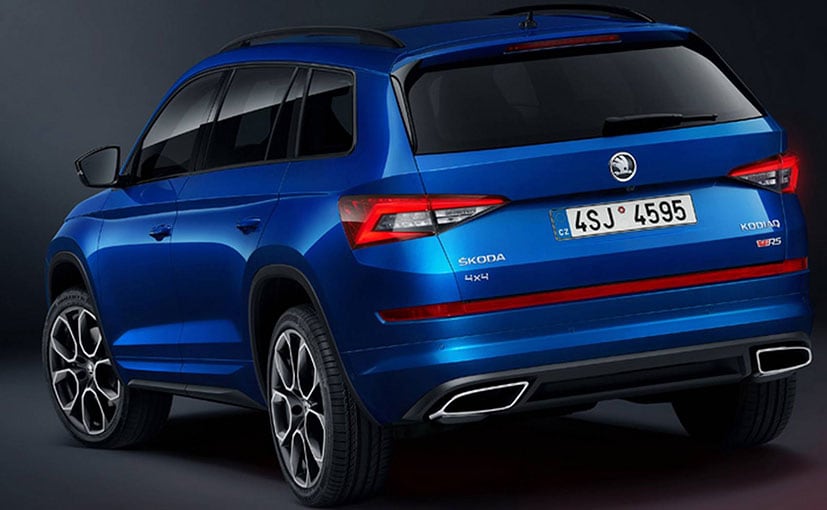 But it's what's under the hood that really matters. It's powered by a 2-litre twin-turbo diesel engine that puts out 235 bhp and a hefty 500Nm of peak torque, enough to propel this big-bear to 100 kmph from a standstill in 7 seconds and that's fast by SUV standards even a segment above. The engine, as in the standard Kodiaq, is mated to a seven-speed DSG gearbox along with being fitted with an all-wheel-drive system. Moreover, the Kodiaq RS is also equipped with bigger brakes for better stopping power. And you need that because this one comes with a top speed that's limited to 220 kmph.
The Kodiaq RS also gets an extensive feature list which includes full-LED headlights and Dynamic Sound Boost System which makes an artificial noise depending on the driving mode. Other than that, changes like a re-profiled front bumper and gloss black detailing on the wing mirrors and rear-windscreen fringes contribute to its aggressive appearance. 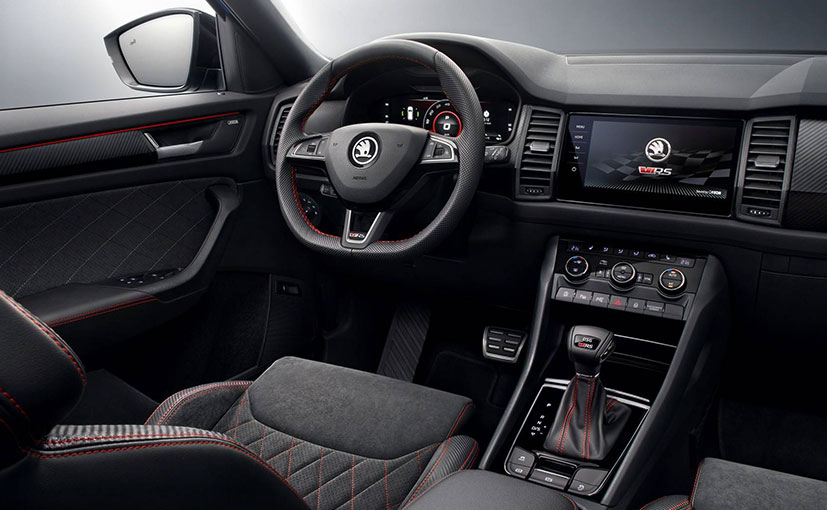 (The Cabin gets similar treatment seen on the Skoda Octavia RS which includes a flat bottom steering wheel and bucket like seats wrapped in Alcantara leather with red-stitching.)

Inside, expect to see similar alterations which were seen on the Octavia RS like a flat bottom steering wheel, bucket-like seats with enhanced shoulder and side supports wrapped in Alcanatara leather with red-stitching and RS logo, sports pedal and a black roof-line. The Kodiaq RS will also come equipped with the virtual cockpit interface, commonly seen on all the modern Audis. 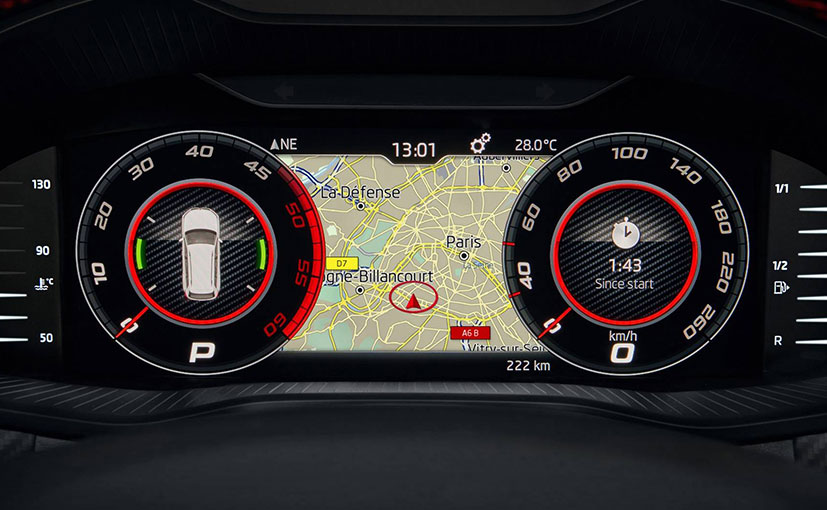 There have been speculations about the Kodiaq RS making its way to India. Given that we already have the Octavia RS, Skoda may consider to sell it as a Completely-Built-Unit (CBU) here but hasn't confirmed that yet.