The Skoda Kodiaq achieved the milestone in 23 months of launch with production taking place at six plants globally. 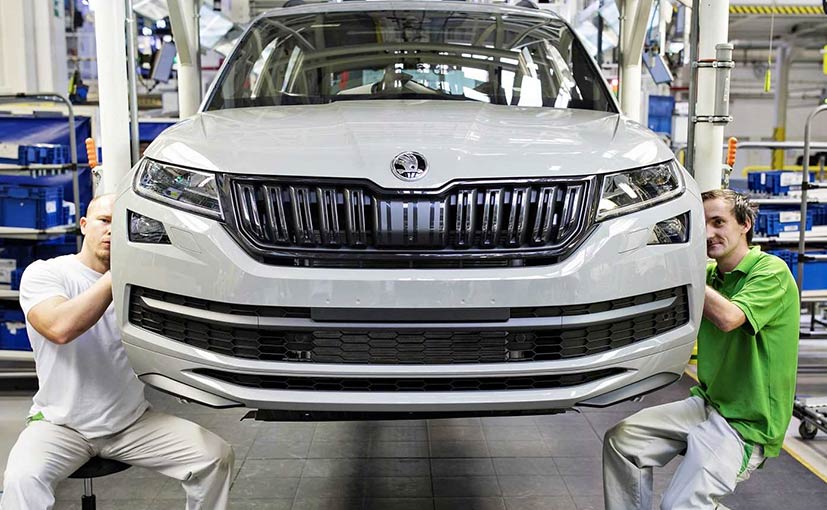 The Skoda Kodiaq was first introduced in 2016 globally and is the automaker's first-ever full-sized SUV. The model has turned out to be a popular seller for the Czech manufacturer and recently hit a production milestone of 250,000 units. That's a highly impressive number for the SUV and managed to achieve the feat in just 23 months of launch. The 250,000th Skoda Kodiaq was rolled out of the company's Kvasiny facility in Czech Republic last week and is in the SportLine variant. Finished in a shade of meteor grey, the production milestone Kodiaq will head to a buyer in France.

The Skoda Kodiaq made its debut at the 2016 Paris Motor Show, while production commenced towards the end of the same year. About 1.5 lakh units of the Skoda Kodiaq were sold by the end of 2017, whereas over one lakh units were delivered to customers in the first eight months of this year alone.

Production of the Skoda Kodiaq takes place at six facilities globally including Kvasiny, Changsha in China, Nizhny in Russia, Solomonovo in Ukraine, Ust-Kamenogorsk in Kazakhstan, and Aurangabad in  India. The Kodiaq was launched in India in February last year and is locally-assembled here coming via the CKD route. As of August this year, Skoda sold about 2174 units of the Kodiaq in the country.

In the Indian market, the Skoda Kodiaq is offered in a fully-loaded single trim and is powered by a 2.0-litre diesel engine tuned for 148 bhp and 340 Nm of peak torque. The SUV is available only with an automatic transmission. Internationally, Skoda is also readying up the performance-ready RS version of the Kodiaq. The Kodiaq RS will make its debut at the Paris Motor Show later this month and will produce about 240 bhp.