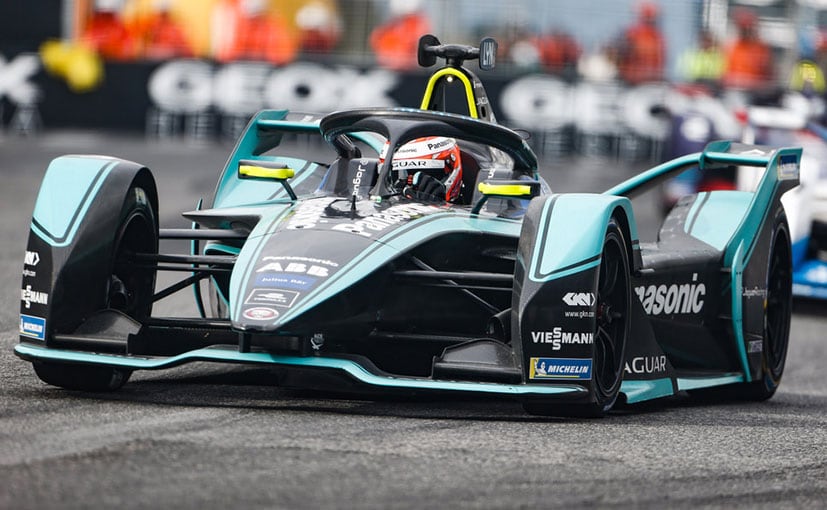 Jaguar Racing secured its first ever victory in Formula E as driver Mitch Evans passed pole-sitter Andre Lotterer of Techeetah to win the 2019 Rome e-Prix. The latter finished a close second completing the race 0.979s behind. With the Rome e-Prix, the British team becomes the seventh different marque to win a race this season. Meanwhile, finishing on the podium was Stoffel Vandoorne of HWA AG, while both the Mahindra drivers managed to complete the race in the top 10 positions.

The race started with pole-sitter Lotterer in the lead with Evans and Vandoorne following closely. The race race was Red flagged in on the opening lap itself after Jose Maria Lopez crashed into the wall, which caused a pile up with drivers Gary Paffett and Jean Eric-Vergne joining the pile up. The incident caused a 45 minute delay in the race, albeit with Lotterer in the lead. When the race started again, the DS Techeetah driver ensured to keep his lead secured as both Evans and Vandoorne were closing in fast. The Jaguar driver though was breathing down Lotterer's neck and managed to pass the race leader with just 16 minutes left in the race.

The driver used his attack mode at the Turn 11-12 chicane to take the lead and was given a warning for the aggressive move. However, no penalty was issued affecting his time. Evans was about to let go his lead when he failed to activate the attack mode for the second time in the closing stages, and almost allowed Lotterer to take the lead again, who was using both of his power boost. Nevertheless, Evans retained the top spot with Lotterer finishing a close second. Coming in third was Vandoorne, six seconds behind the DS Techeetah driver completing the top three positions.

Coming in fourth was Robin Frijns of Virgin Racing who passed Sebastien Buemi of Nissan e.dams to take the position, while teammate Oliver Rowland of Nissan finished sixth. Coming in seventh was Jean Eric-Vergne but was handed a penalty for overtaking under the yellow flags, which promoted Audi's Lucas di Grassi to the spot. Vergne's penalty also allowed Mahindra Racing's Jerome d'Ambrosio to move up the order to finish eighth, followed by Antonio Felix Da Costa in ninth place. The last spot on the top 10 list was taken by Mahindra's Pascal Wehrlein finishing taking crucial points for the team.

Virgin Racing's Sam Bird finished 11th, after sustaining damages in the opening lap crash but the red flag allowed the driver to have his car repaired. Following Bird were Alex Lynn of Jaguar and Oliver Turvey of NIO Formula E while Vergne was pushed down to 14th. Teammate Tom Dillmann finished in 15th place, followed by Dragon Racing's Jose Maria Lopez and Andretti's Alexander Sims. Daniel Abt of Team Abt was the last driver to complete the race.

Venturi's Edoardo Mortara and Felipe Massa retired early on for what was suspected to be driveshaft problems, while HWA AG driver Gary Paffett's car didn't take a restart after the red flag, causing a crash with Vergne. Maximilian Gunther of Dragon Racing ran out of energy on the final lap in a one-off return.