The KTM 390 Adventure has been spied testing with accessories attached including the top box, panniers and more, hinting at the touring credentials of the upcoming motorcycle. 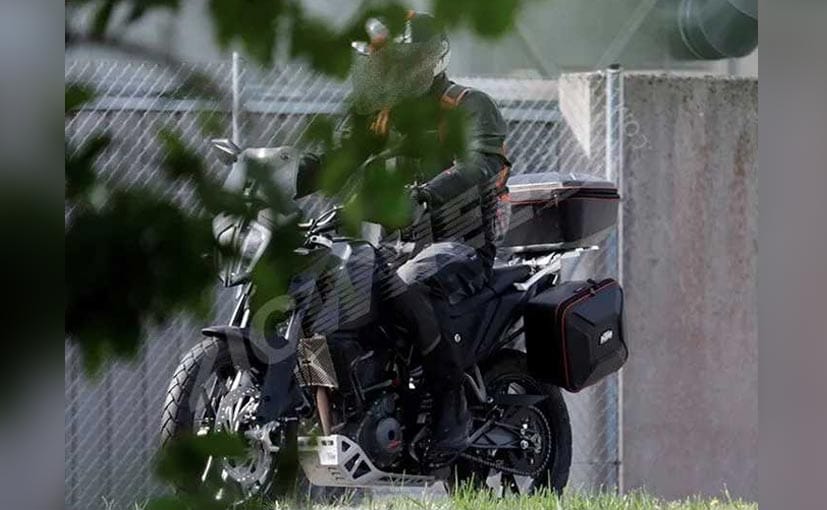 The KTM 390 Adventure is a highly anticipated motorcycle. The wait has been long, tedious and a patient one, but the rewards are expected to well worth the effort. Now, the bike has been spotted testing in Europe and India over the years, but the latest spy shots emerged online showcase the 390 Adventure with accessories including the top case, panniers, radiator guard and more, hinting at the touring credentials of the upcoming motorcycle. The 390 Adventure is expected to make its debut later this year at the 2019 EICMA Motorcycle Show in Milan, Italy, and will be the newest iteration based on the Duke platform. Incidentally, the next generation 390 Duke was spotted testing in Germany last week.

The new spy images are from the test mules in Europe and the KTM 390 Adventure sports a host of accessories including the soft panniers, top case, aluminium bash plate and the radiator guard. The right side pannier also gets a contoured design to accommodate the high-swept exhaust running along the side. The base plate to attach the top case is likely to be part of the accessories list as well. It needs to be seen if KTM will be offering lockable hard cases as well, as part of its accessories list. 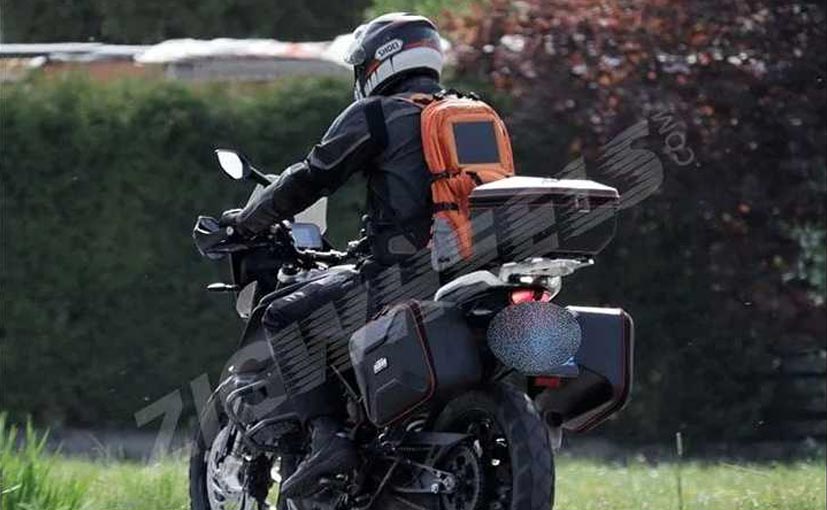 The spy images also reveal the adjustable WP front forks on the KTM 390 Adventure with an offset fron axle. The will help achieve raked out front on the motorcycle, without keeping the trail short. The rear continues to be a monoshock unit. The brakes seem to have been carried over from the current version of the 390 Duke. This means that the bike will use a 320 mm disc with a radial caliper at the front, while the rear will use a 230 mm single disc. The 390 Adventure will get switchable dual-channel ABS for additional braking performance.

Furthermore, the KTM 390 Adventure test mule can be seen riding on Metzeler Tourance tyres on the European mule, while the Indian version was spotted with Continental TKC 70 tyres in the past. It will be interesting to see which tyre makes it on the production, and if it will be different depending on the market.

The KTM 390 Adventure will be offered with the 372 cc single-cylinder, liquid-cooled engine that is expected to see changes for revised power delivery. Brake horsepower could be traded for more torque, which will help the ADV perform better off the line and haul the additional weight with ease. The bike will be Euro5 compliant from the start to meet the upcoming emission norms, while BS6 compliance is a given for the motorcycle, when it arrives in India in 2020.

Other features will include the digital TFT instrument console with smartphone connectivity, backlit switchgear, USB charging feature and more. A large flyscreen will grace the front over the LED headlamp cluster with the pitch fork DRLs. In terms of rivals, the 390 Adventure will take on the Royal Enfield Himalayan, BMW G 310 GS, Kawasaki Versys-X 300 and more.