The upcoming 911 GT3 is likely to debut at the upcoming Frankfurt Motor Show. 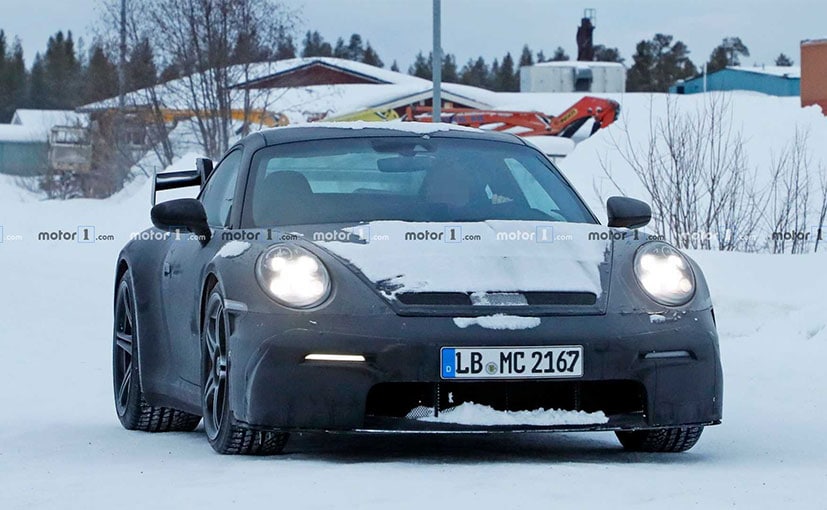 View Photos
The 2020 Porsche 911 GT3 gets an even sharper front spoiler.

The iconic Porsche 911 GT3 has been spotted going under snow testing as a part of the development process. Other than wearing a bit of snow, the facade of the 911 GT3 was covered and the rear is camouflaged too in a bid to hide the changes made to its design. Traditionally, the engine of this 911 GT3 is too mounted behind the cockpit. As confirmed by Porsche earlier, the 911 GT3 will be powered by a naturally aspirated 4.0-litre V6 engine which will produce just over 550 bhp. 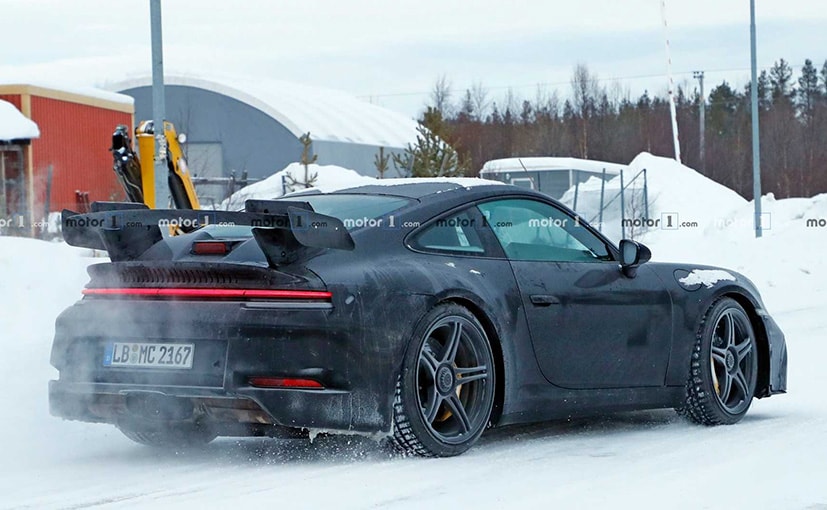 The massive spoiler has been carried forward from the current model.

The Porsche 911 GT3 also gets a centre exhaust with black tailpipes and the massive rear wing has been carried forward from the current model as well. The yellow brake calipers are also there, though the test mule is fitted with snow tyres helping it to get across the terrain. The concealed front surely hints changes in its profile and earlier spy shots too have revealed it getting an even sharper front spoiler. While Porsche has still not confirmed the launch of the new 911 GT3, we expect it to debut at the upcoming Frankfurt Motor Show.