Awaiting his next release Kalank, actor Sanjay Dutt took to Instagram to share an image of his newest ride - the Land Rover Range Rover with a 5.0-litre Supercharged V8. 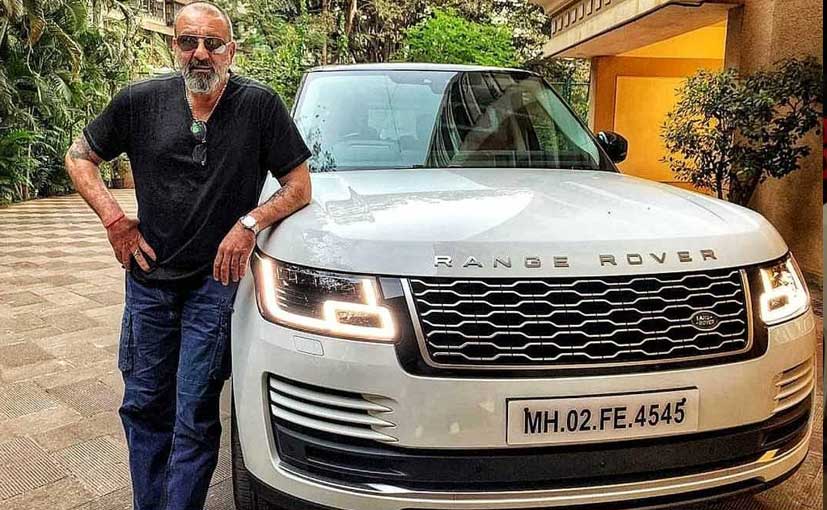 Actor Sanjay Dutt and his love for everything on wheels is rather known. The Kalank actor who celebrates his 60th birthday in July this year has an enviable collection of cars and has now added a new exotic to his garage. Dutt recently took delivery of his new Land Rover Range Rover luxury SUV joining a long list of celebrities that also own the British offering. The Range Rover is priced from ₹ 2.11 crore (ex-showroom, Delhi) going well over the ₹ 3 crore mark, which makes it one of the most expensive SUVs to be sold in the country, and is often regarded as a chariot on wheels. Sanjay took to his handle on Instagram to share a picture of himself with his newest ride that is finished in the pristine metallic white shade with black roof, and bears the star's favourite registration number - 4545.

The Range Rover bought by Sanjay Dutt is likely the top-of-the-line SV Autobiography that is offered in the long wheelbase (LWB) version in India. According to official records, the actor's Range Rover is powered by the 5.0-litre Supercharged V8 petrol motor that belts out a whopping 558 bhp and 700 Nm of peak torque. The engine is paired with an 8-speed automatic transmission. Despite weighing over two tonnes, the Range Rover is no slouch and can sprint from 0-100 kmph in 5.5 seconds and can hit a top speed of 225 kmph.

A new addition to the family! Thank you Nasir & #Landrover_ModiMotors

With the actor will officially be a senior citizen now (although he looks far from it), the Range Rover's easy ingress and egress, along with the well bolstered seats should make the actor and his family's commute more comfortable. More recently, actor Katrina Kaif also purchased the Range Rover Vogue LWB SE , while actors including Sidharth Malhotra, Shah Rukh Khan, Alia Bhatt, Ranbir Kapoor and many others also own different versions of the luxury SUV.