Amittrajit Ghosh and co-driver Ashwin Naik will be participating in Round 3 of the European Rally Championship, scheduled in Greece in June 2018. 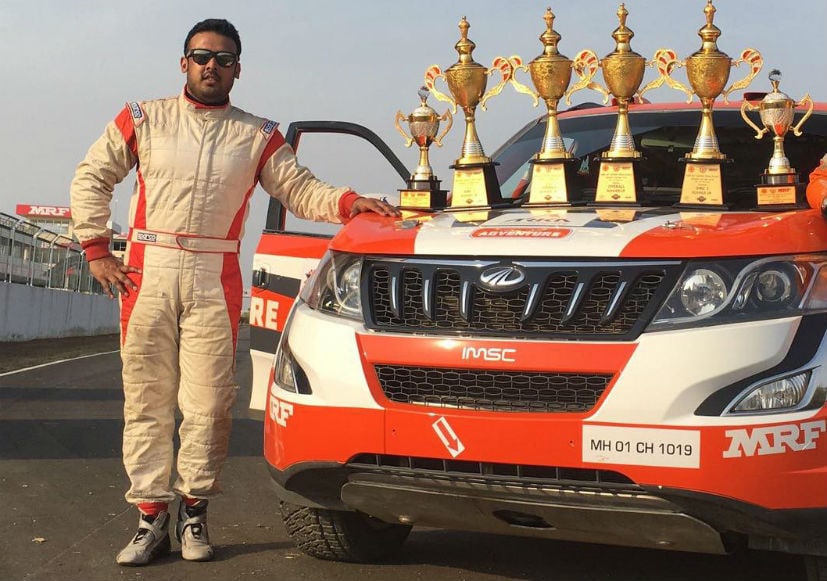 View Photos
Amittrajit will participate in Round 3 of ERC 2018, scheduled between June 1-3

Indian National Rally Champion (INRC) Amittrajit Ghosh will become the first Indian to compete in the FIA European Rally Championship (ERC). The Team RRPM driver will be participating in Round 3 of the championship - EKO Acropolis Rally 2018, scheduled to be held in the city of Lamia, Greece between Jun 1-3, 2018. Joining Amrittrajit Ghosh will be his long-time co-driver Ashwin Naik. The team has decided to participate in selective rounds of the ERC 2018 in a bid to gain experience on the global platform of rallying. Preparing for his debut in ERC 2018, Ghosh will first compete in the Rally Talsi 2018, which is a round of the Latvian Rally Championship and is scheduled to begin later this week.

Speaking about the entering the global platform of rallying, Amittrajit Ghosh said, "It is a proud moment for us to become the first Indian driver, co-driver and team to be competing in the ERC, second only to the World Rally Championship. Our aim will be to gather valuable miles and experience through this year, in preparation for an all-out assault in the next. I want to thank RRPM for getting us here and our new sponsor, Pana Education, for coming on board at this important juncture of our career."

Ghosh and Naik will be driving a Ford Fiesta R2 in the ERC 3 category. The rally-spec car uses a 170 bhp engine that is paired with a 5-speed sequential gearbox. The Ford Fiesta R2 also comes equipped with adjustable Reiger dampers, Eibach springs, and AP Racing brakes. The car will be serviced and run by Baltic Motorsport Promotion, a motorsport company based in Latvia.

Speaking about his participation in the Latvian rally, Amittrajit said, "I am treating Rally Talsi as a test event to get used to the car. Like they say, there is no better practice than match practice."

Ghosh has won the INRC twice in 2012 and 2013 respectively, and also won the Indian National Racing Championship in 2005. In addition, Amittrajit has also won the MRF Racing Challenge and the INRC series in the 1400 cc categor. He secured a class podium in a maiden attempt in the British Rally Championship. Ghosh was also a Team Mahindra Adventure driver in the MRF FMSCI INRC 2018.

Amittrajit's participation in ERC comes days after another INRC champion Gaurav Gill confirmed his entry in the World Rally Championship (WRC) in the WRC 2 category. Gill will be participating in only the gravel rounds of the series and will be driving the Ford Fiesta R5.

Amittrajit has also said that he is looking to participate in a few rounds of the WRC later this year. Plans for his WRC debut at underway and we do expect an announcement in a few weeks.