The most powerful iteration of the BMW M5 will get a spruced up engine with the Competition package and a stiffer suspension to give it an additional grip needed for more potency on the road. 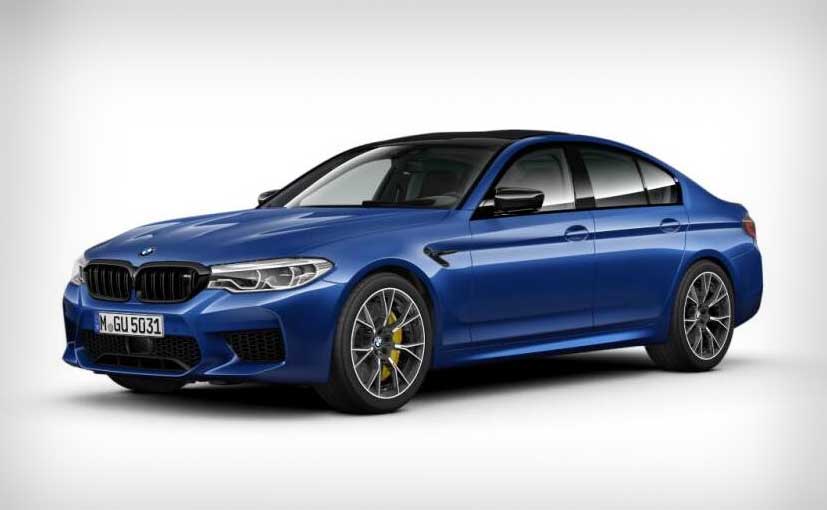 Since the debut of the M5 last year, BMW is gung-ho about the M5 Competition package and if reports are to be believed, BMW Germany accidently revealed all the data on its website before taking the page down. However, we have managed to get the data out and an image as well before someone at BMW released what had happened. The most powerful iteration of the BMW M5 will get a spruced up engine with the Competition package and a stiffer suspension to give it an additional grip needed for more potency on the road.

Talking of power, the M5 Competition will now churn out extra 25 bhp and 50NM of torque from the same bi-turbo 4.4-litre V8, making a total power output of 625 bhp and a massive 800Nm of peak torque. This means, that the M5 Competition is more powerful, 22 bhp more powerful to be precise than its rival, the Mercedes-AMG E63S 4Matic+. The spruced up engine will also be quicker in terms of its ability to reach from 0-100kmph and can now achieve the same in just 3.3 seconds. Compared to its rival, the AMG E63S 4Matic+ does the same feat in 3.4 seconds. The top speed is not revealed, but reports suggest that it can touch 305kmph, 5kmph more than the AMG E63S.

Visually, the M5 Competition Package will feature a sports exhaust system, bespoke alloy wheels along with the black accents for the badges, front and rear grille and the rear bumper as well. The doors get the Competition-branded illuminated sills and M carbon-fibre engine cover with Competition letter at the back, similar to the one from the M2 Competition package. However, BMW has removed the carbon ceramic brakes from the list, but we do think the Germans will most likely introduce it.

Reports suggest that BMW will take the wraps off the BMW M5 Competition on May 8 with the production to commence from July, while the deliveries will start from December. Pricing is expected to be around $8,000 more than the previous M5 Competition.