Narain Karthikeyan has bought a Porsche 911 GT3 and has taken delivery of the car in Mumbai. The company launched the car in India in October 2017 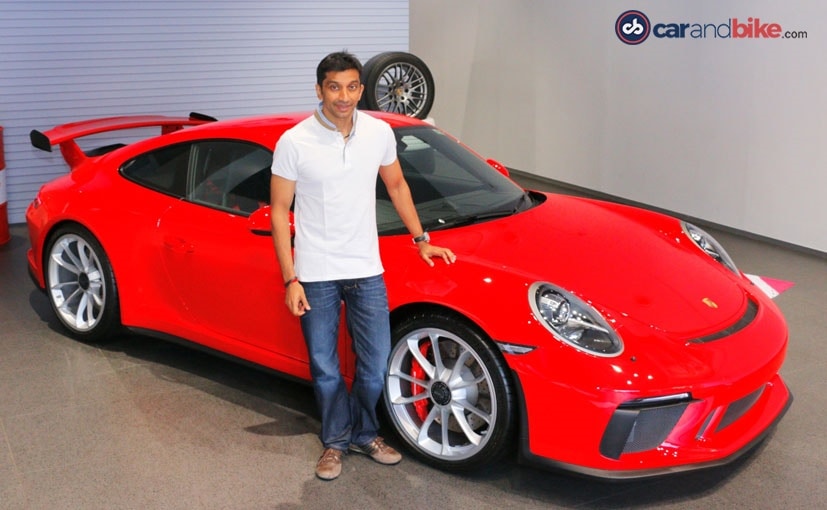 Former F1 driver Narain Karthikeyan took delivery of a new 911 GT3 at the Porsche Centre in Mumbai. The racing driver has had his eyes on the GT3 for a while now and finally got the keys to the car. Porsche in fact had launched the 911 GT3 in October last year and it cost a whopping ₹ 2.3 crore (ex-showroom), however, it's cost Karthikeyan a lot more, considering that his car has been heavily customised. To begin with the car gets the Guards Red colour and there's black leatherette in the cabin and Alcantara leather seats. Ofcourse he has opted for the Clubsport package which sees the GT3 sport bucket sets. Karthikeyan has also opted for the Sport Chrono package including Porsche Track Precision app and lap trigger preparation. It's an optional pack, comprising of a stopwatch on the dashboard and the newly developed Porsche Track Precision app for the smartphone. Timings – accurate to one hundredth of a second – are displayed on the Sport Chrono stopwatch and in the instrument cluster. The stopwatch is operated by the control stalk for the on-board computer.

The new Porsche 911 GT3 is essentially built for some exemplary track performance and we can already imagine the race car driver taking it out for a spin on one of the three tracks in India. However, it should be noted that Karthikeyan had a choice from the 911 GT3's rivals in India like the recently launched Mercedes-AMG GT R, Nissan GT-R, and the Audi R8, but obviously the Porsche won that battle. 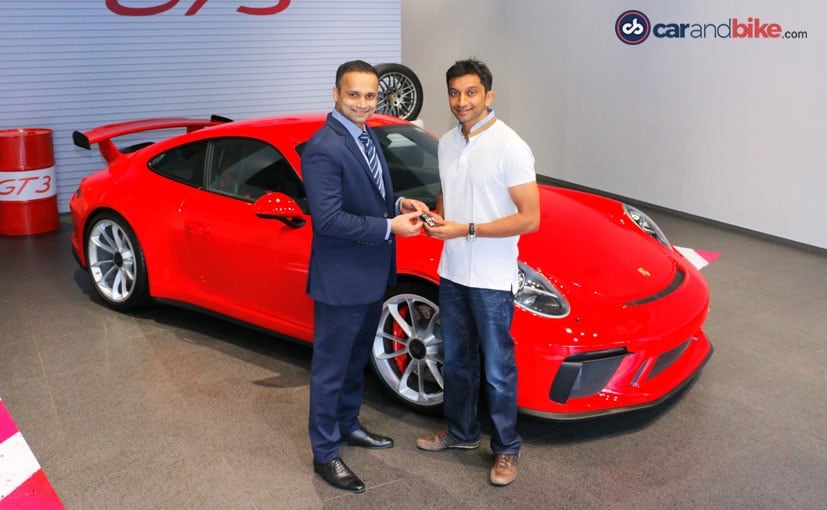 Narian Karthikeyan accepted the keys to his 911 GT3 in Mumbai

Visually, the GT3 carries the DNA of the 911 all around, with the imposing stance, sharp sloping roof and other signature design elements. The Porsche 911 GT3 comes with a standard aero package, larger wheels and smoked headlamps with the distinctive four-point LED DRLs. The biggest addition though is the massive rear wing that provides tonnes of downforce, which is needed for a car of this stature. The chassis has been revised with rear-axle steering and the lightweight construction aids in improved driving dynamics.

For comfort and entertainment, the 911 GT3 comes with auto climate control, Bose surround sound system and a touchscreen infotainment unit. Apple CarPlay is standard on the coupe. 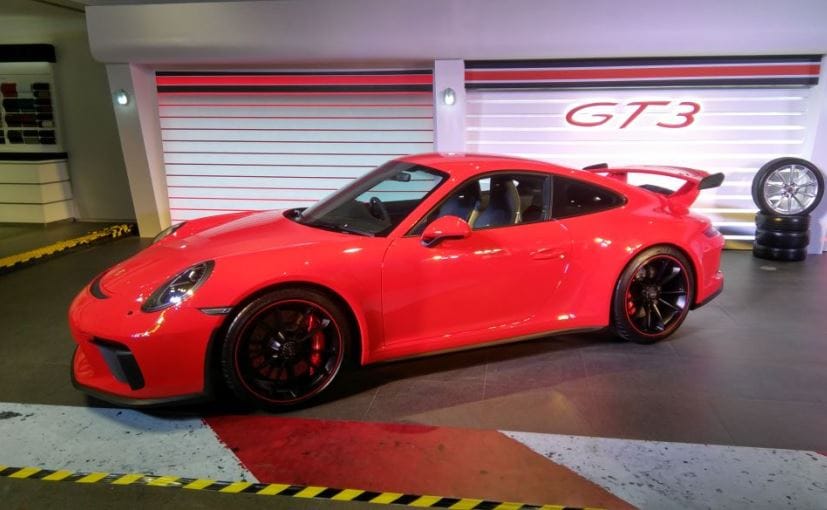 Powering the new Porsche 911 GT3 is a 4-litre six-cylinder boxer engine which has been tuned to churn out 493 bhp of power and develop 540 Nm of peak torque. Transmission wise, you have the option of choosing either the 7-speed PDK automatic transmission or the more exciting 6-speed manual gearbox. The 911 GT3 can hit 0-100 kmph in 3.4 seconds on the automatic with a top speed of 318 kmph. The 911 GT3 manual, on other hand, takes 0.5 seconds more to do the 0-100 kmph sprint, but has a higher top speed of 320 kmph.