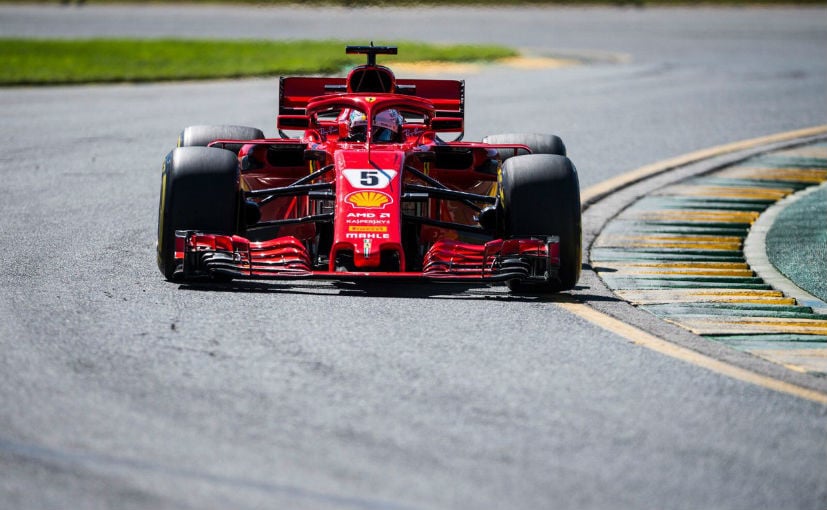 It was a battle of the heavyweights right from the first race of the 2018 Formula One season as Ferrari's Sebastian Vettel beat Mercedes-AMG driver Lewis Hamilton to win the season-opener Australia Grand Prix. The first race was expected to be Mercedes' turf after its sheer pace through practice and qualifying, more so with Hamilton starting on pole. However, Vettel managed to take the lead in the second half of the race with a strategy call and safety car favouring his luck and stayed on to the position till the final lap. Ferrari's Kimi Raikkonen took the third spot on the podium after a brilliant qualifying and race. The Australia GP win also marks Vettel's 48th victory and 100th podium in his career. 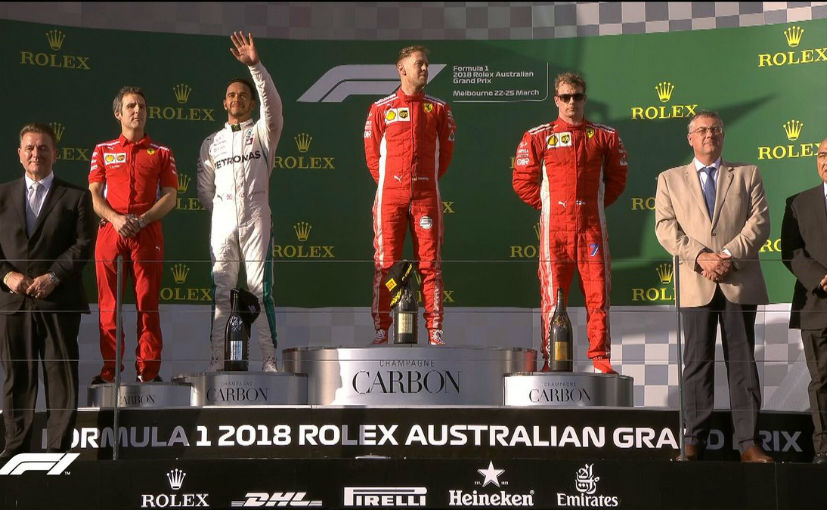 (Hamilton, Vettel and Raikkonen on the first podium of 2018)

The race started with Hamilton on pole and the Mercedes driver showed the pace and aggression to retain his lead for the first half of the race. The Ferrari twins were behind, starting second (Raikkonen) and third (Vettel) respectively, and followed the Mercedes closely, which showed no signs of slowing down with a gap of 3 seconds. It didn't take long for the top three to break away from the pack. Meanwhile, Kevin Magnussen of Haas F1 was running fourth with Max Verstappen of Red Bull behind. Verstappen's car faced overheating rears, which led to a spin on Turn 1 and pushed the driver to 8th in the race early on, behind Romain Grosjean (Haas), Daniel Ricciardo (Red Bull) and Nico Hulkenberg (Renault). 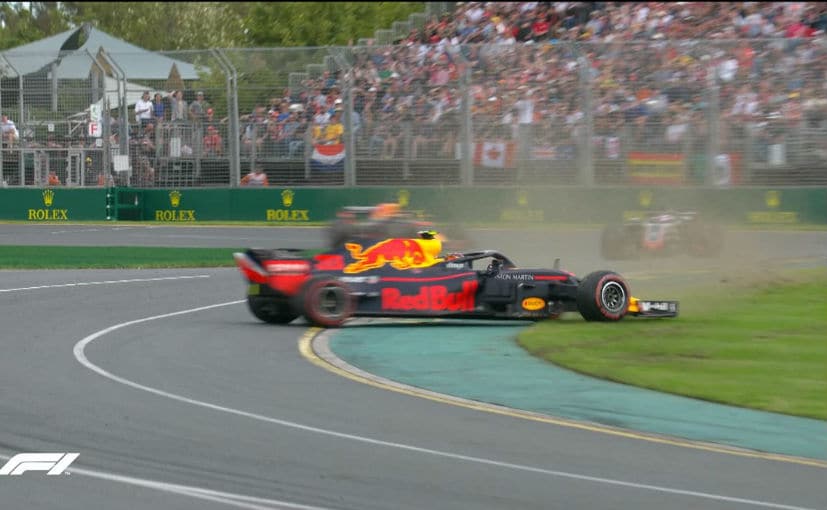 However, the game-changing movement in the race came with the retirement of both Haas cars. Magnussen pulled up at Turn 3 after his left rear wasn't fitted correctly, which ended his run while teammate Grosjean retired a lap later while in P5 facing a problem on his front left wheel on the exit of Turn 1. Grosjean's retirement triggered the virtual safety car (VSC) and Ferrari used this opportunity to strategise against Mercedes.  The Italian outfit pitted Raikkonen first with Vettel pitting a lap later, giving him a fresh tyre advantage. Vettel managed to pit with the virtual car out, with the rest of the pack lapping the track slowly. The actual safety car was deployed soon after and the race remained neutral on Lap 32 with Vettel now in the lead. 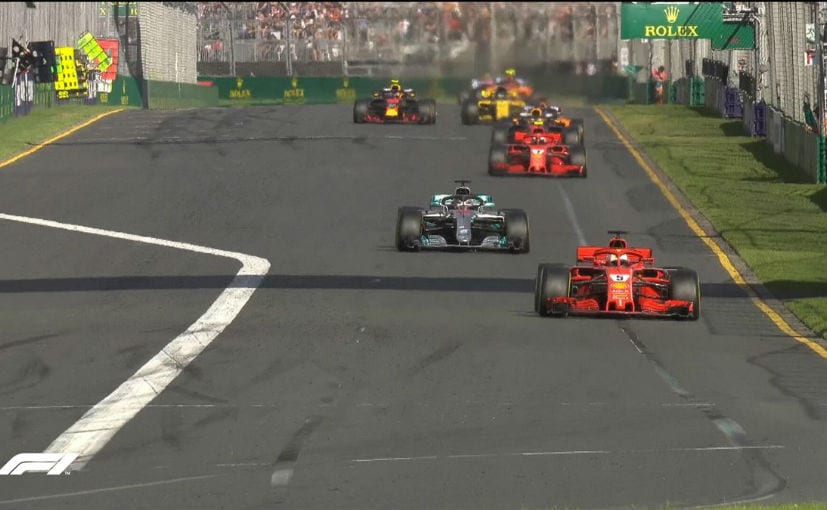 The gap between Vettel and Hamilton was now down to a second, but the long straights on the Melbourne circuit meant there was limited opportunity for the Briton to overtake. Nevertheless, Hamilton decided to get aggressive around Lap 46 and pass the Ferrari but in vain as he locked up and skated into the grass on Turn 9. The incident increased the gap further between the world champions by 3 seconds. With a massive gap of 5.9 seconds, Vettel took the win for the 2018 season opener. 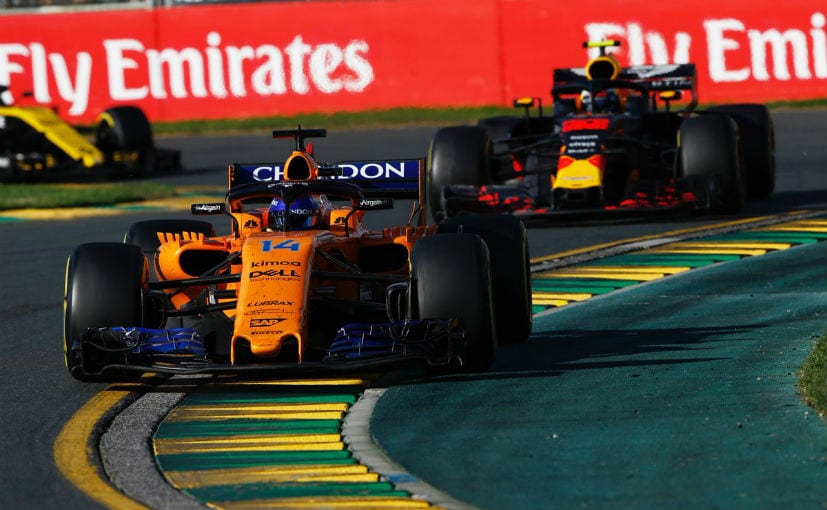 (Alonso also benefitted from the VSC and finished fifth)

With the Haas cars out of contention, Ricciardo managed to come close to Raikkonen who held on to the third place but couldn't pass the ice man. The Australian had to settle for the fourth spot at the end of the race, while taking in fifth place was McLaren's Fernando Alonso in a brilliant finish and also benefitting from the virtual safety car. Verstappen crossed the finish in sixth place after putting a tough fight against Alonso, ahead of Nico Hulkenberg. 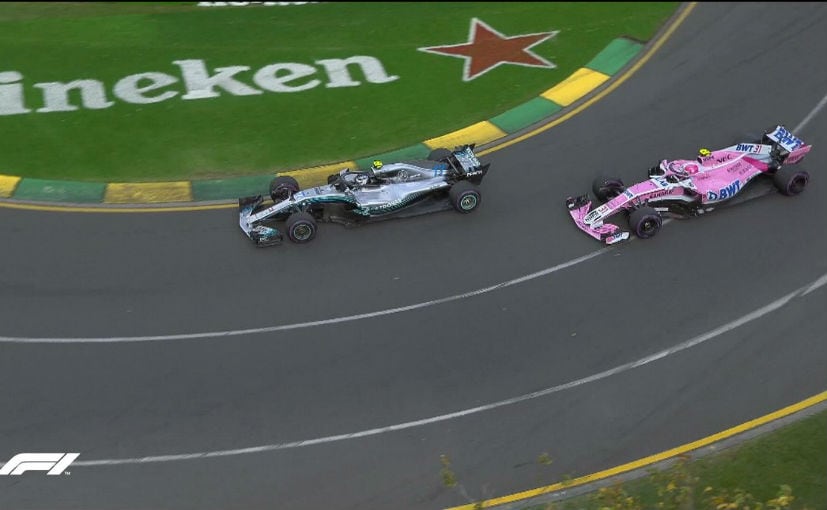 In an extremely underwhelming start to the season, Valtteri Bottas of Mercedes-AMG started at the back of the grid after a crash in qualifying but showed incredible pace through then first race of the season. The Finnish driver moved past other drivers slowly overtaking thorough corners, completing the race in eighth place, well within points. The second McLaren piloted by Stoffel Vandoorne was another strong example for the team finishing ninth. The final point of the first race of the season was taken by Carlos Sainz Jr. of Renault in the 10th spot.

Apart from the Haas twins, Williams rookie Sergey Sirotkin reitred in the early stages of the race due to brake failure, while Marcus Ericsson of Sauber faced  power steering issue. Pierre Gasly of Torro Rosso retired to with a problem with his Honda engine. 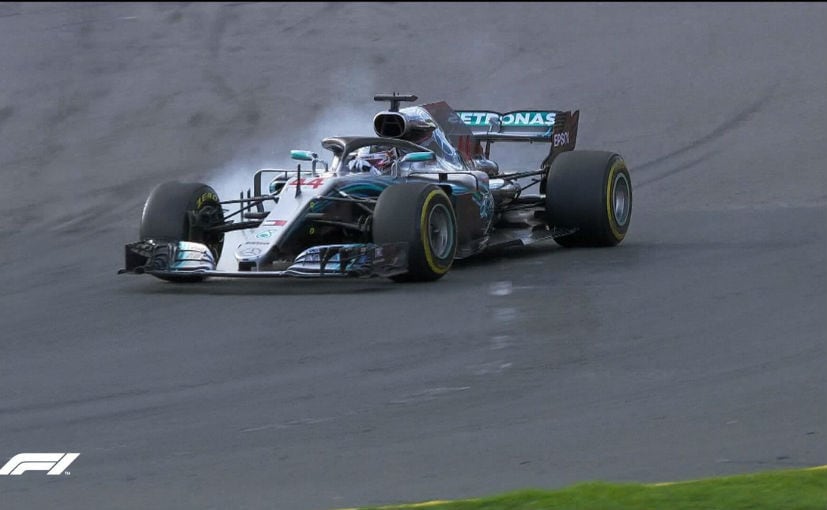 The Australia GP also saw Vettel secure a record by becoming the only third driver in history to 3000 laps in his career. The other two being Michael Schumacher and Lewis Hamilton.

Scuderia Ferrari currently leads the points table with Mercedes following close in the team standings, while Sebastian Vettel is on top of the drivers' standings. Certainly not the start Mercedes or Hamilton expected and the next few races will be a lot more than just about strategy.