Kimi Raikkonen became the oldest pole-sitter since Nigel Mansell in F1, beating Sebastian Vettel to the top for the Italian Grand Prix. 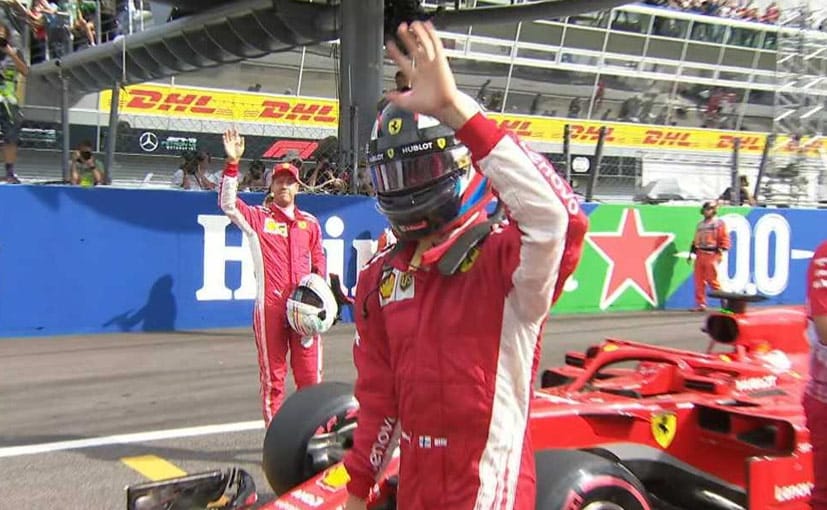 Kimi Raikkonen claimed his first pole of the season, beating Ferrari teammate Sebastian Vettel for the 2018 Formula 1 Italian Grand Prix. The Ferrari driver started Q3 behind Lewis Hamilton and was the second fastest in the early runs of the top 10 shootout. But Raikkonen progressed in setting faster times outpacing Hamilton and even Vettel. Raikkonen's 1m19.119s lap record is a new lap record at Monza and included a final sector that was more than a tenth of a second faster than anyone else. The iceman has become the oldest pole-sitter in F1 since Nigel Mansell in 1994.

Raikkonen was 0.161s faster than Vettel, who'll start on the first row as well, while starting third will be Hamilton in the second row, who was 0.014s slower than Vettel. Mercedes' second W09 driven by Valtteri Bottas will start fourth, over one second slower than Hamilton.

Red Bull's Max Verstappen will start fifth ahead of Romain Grosjean of Haas and Carlos Sainz of Renault. Racing Point Force India's Esteban Ocon will start eighth ahead of Pierre Gasly of Torro Rosso, while Williams' Lance Stroll will start at P10 tomorrow. This was also the first time Williams reached the Q3 this season.

Kevin Magnussen, in the second Haas, was eliminated in Q2 after heading into the first chicane with Fernando Alonso of McLaren. Magnussen will start 11th, while Alonso will start 13th behind Sergey of Williams. Force India's Sergio Perez and Charles Leclerc will start at P14 and P15 respectively, ahead of Brendon Hartley of Torro Rosso and Stoffel Vandoorne of McLaren.

Red Bull's Daniel Ricciardo is set to start on the last row thanks to power unit penalties and did not run in Q2. Nico Hulkenberg will start a position ahead of Ricciardo after a crash during qualifying.