Hero Electric To Go Ahead With Expansion Plans Despite Downturn

Hero Electric will go ahead with its planned investment of Rs. 700 crore despite the slowdown in the domestic auto industry. 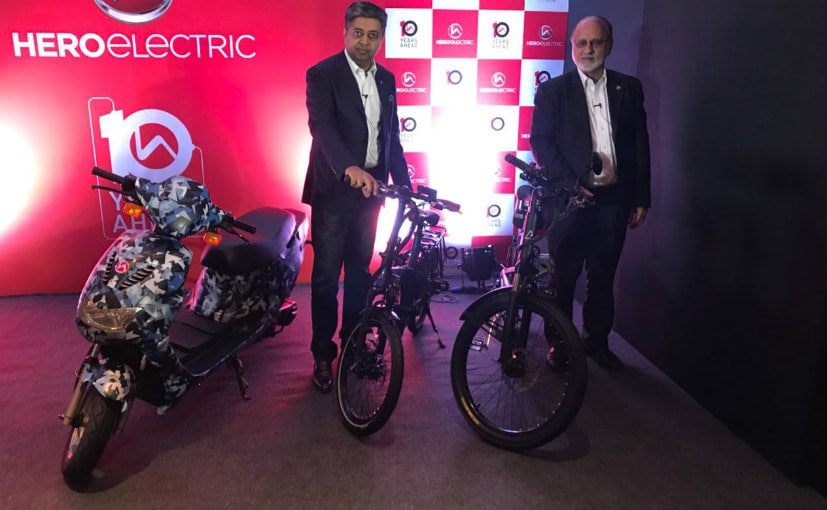 Hero Electric has decided to go ahead with the company's expansion plans despite the slowdown in the domestic auto industry. In an interview, Hero Electric Managing Director Naveen Munjal has said that although sales of electric two-wheelers were subdued in the first half of the current financial year, the company expects demand to pick up substantially in the next few years. As outlined earlier, Hero Electric to invest ₹ 700 crore over the next three years to develop new products, expand dealership network and increase production capacity to retain leadership position in the segment.

Speaking to the Economic Times, Munjal said, "To start off, the first few months were kind of slow because of the new policies which came into play... the new homologation norms (under Faster Adoption and Manufacturing of Hybrid and Electric Vehicles in India, or FAME II scheme). But now we are back on track. We will grow (over the last financial year)."

"Larger players coming means that the time has come, or is coming, for internal combustion engine (ICE) two-wheelers to start converting. When you talk of ICE converting, you are looking at 20 million units converting over a period of time. Now it is anybody's guess whether it will happen in 5 or 10 years, but the market will start to expand, very, very quickly," Munjal added.

Hero Electric currently has one manufacturing facility in Ludhiana, with capacity of 80,000-90,000 units per annum. Now, the company has started scouting for locations to set up a second manufacturing unit in the country.