The National Transportation Safety Board says that the Uber self-driving test vehicle that struck and killed an Arizona woman in 2018 had software flaws. The company's autonomous test vehicles were involved in 37 crashes over the prior 18 months. 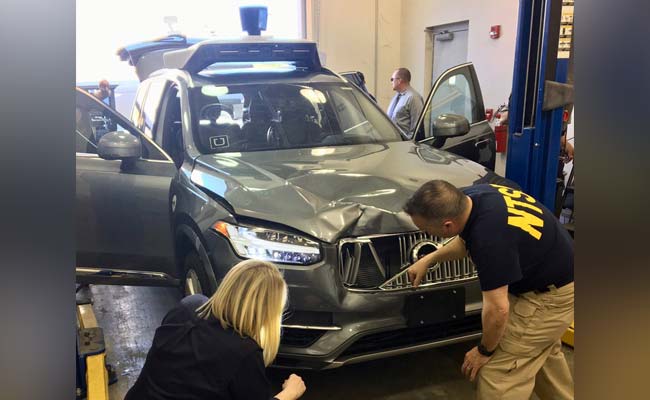 An Uber self-driving test vehicle that struck and killed an Arizona woman in 2018 had software flaws, the National Transportation Safety Board said Tuesday as it disclosed the company's autonomous test vehicles were involved in 37 crashes over the prior 18 months.

NTSB may use the findings from the first fatal self-driving car accident to make recommendations that could impact how the entire industry addresses self-driving software issues or to regulators about how to oversee the industry.

The board will meet Nov. 19 to determine the probable cause of the March 2018 accident in Tempe, Arizona that killed 49-year-old Elaine Herzberg as she was walking a bicycle across a street at night.

In a report released ahead of the meeting, the NTSB said the Uber Technologies Inc vehicle had failed to properly identify her as a pedestrian crossing a street.

That accident prompted significant safety concerns about the nascent self-driving car industry, which is working to get vehicles into commercial use.

In the aftermath of the crash, Uber suspended all testing and did not resume until December in Pennsylvania with revised software and significant new restrictions and safeguards,

A spokeswoman for Uber's self-driving car effort, Sarah Abboud, said the company regretted the crash that killed Herzberg and noted it has "adopted critical program improvements to further prioritize safety. We deeply value the thoroughness of the NTSB's investigation into the crash and look forward to reviewing their recommendations."

The NTSB reported at least two prior crashes in which Uber test vehicles may not have identified roadway hazards. The NTSB said between September 2016 and March 2018, there were 37 crashes of Uber vehicles in autonomous mode, including 33 that involved another vehicle striking test vehicles.

TOO LATE TO AVOID CRASH

In the actual accident, the test vehicle did not correctly identify the bicycle as an imminent collision until 1.2 seconds before impact. It was too late for the Uber car to avoid the crash.

"The system design did not include a consideration for jaywalking pedestrians," NTSB said.

The Uber car also initiated a one-second delay of planned braking while the vehicle calculated an alternative path or the safety driver could take over. Uber has since discontinued that function as part of its software update.

NTSB during its investigation it "communicated several safety-relevant issue areas (to Uber) that were uncovered during the course of the investigation."

In March, prosecutors in Arizona said Uber was not criminally liable in the self-driving crash. Police have investigated whether the safety driver who was behind the wheel and supposed to respond in the event of an emergency should face criminal charges.

Police have said the crash was "entirely avoidable" and that the backup driver was watching "The Voice" TV program at the time of the crash.