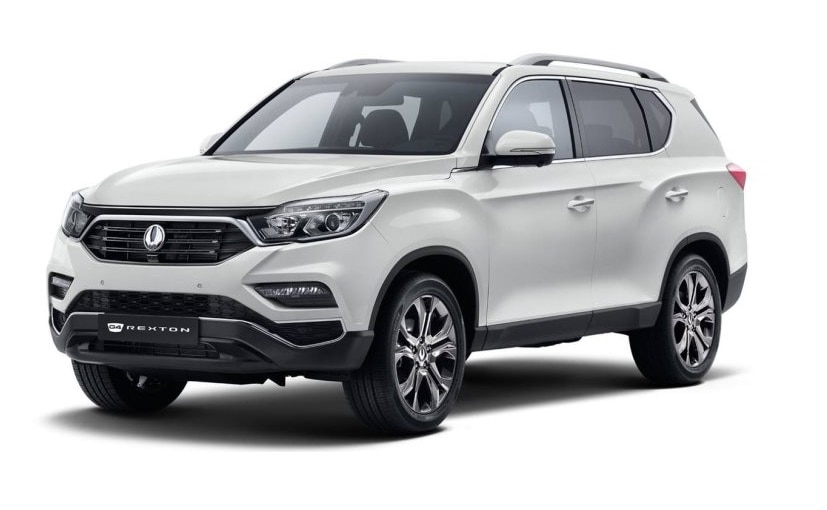 Just weeks after revealing the official sketches of the next generation SsangYong Rexton, Korean carmaker SsangYong has pulled wraps of the SUV, ahead of its public debut at the Seoul Motor Show later this week. The new generation of the SUV is of special importance not only to the brand's global ambitions but also with the model possibly making it to Indian shores later in the timeline. As of now, the new generation SsangYong Rexton gets a comprehensive upgrade on all fronts and has joined the automaker's list of all-new offerings including the Korando, Actyon and Tivoli.

Codenamed as Y400, the next generation SsangYong Rexton has been in the making for a while now and we first saw the glimpse of the model with the LIV-2 Concept showcased at the Paris Motor Show last year. The SUV was even spotted during cold weather testing. The production-spec version manages to retain the strong lines seen on the concept, with a highly imposing front design. The butch looking continues to dominate the SUV with sharp headlamps equipped with LED DRLs, while a chrome bar running across horizontally-stacked grille connects the headlamp units on either side. SsangYong has also retained the distinctive bumper styling from the concept; whereas the side features distinctive creases around the wheel arches and a prominent shoulder line. The other change on the car is the brand's logo which is now more angular in comparison to logos on other SsangYong vehicles. That said, it is now clear if the automaker will be adopting the new logo on its current and future vehicles as well. 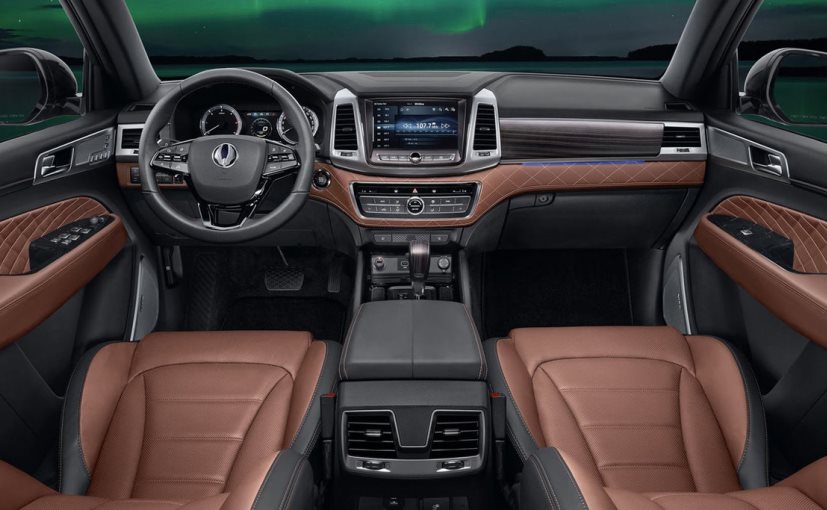 Inside, the 2018 SsangYong Rexton's cabin derives much from the concept, albeit in a dual-tone brown and black colour scheme. There is ample of wood and leather used around, even extending to the dashboard while the remainder of the interior is covered soft touch plastic components. Most prominently, the massive 9.2-inch touchscreen infotainment system takes the centre stage with an array of buttons below, while the twin-pod instrument cluster seems to be equally loaded on tech.

SsangYong is likely to power the new generation Rexton with the same engines that were seen on the LIV-2 Concept. So, engine options will include the 2.0 litre GDi turbocharged petrol engine churning out 225 bhp of power and 350 Nm of torque. Diesel power will com from the 2.2 litre turbocharged diesel motor tuned to belt out 180 bhp and 420 Nm of torque. Transmission options include a 6-speed manual or a 7-speed automatic gearbox.

While the 2018 SsangYong Rexton will be making its Korean debut soon after the reveal, the model is also expected to make its way to India. However, instead of its home brand, the new generation Rexton will carry parent company Mahindra's badge instead. If previous are to be believed, the next-generation Rexton will be Mahindra's flagship offering and will see certain changes including a revised bodyshell, more in-line with the Indian automaker's design theme, amidst a few more changes. Codenamed as the Mahindra Y400 in the country, the new Rexton could come to India as early as this year end of some time in 2018.

The new generation SsangYong Rexton will lock horns with the Ford Endeavour, Toyota Fortuner, Hyundai Santa Fe, Chevrolet TrailBlazer in the segment; and given the VFM factor that Mahindra cars carry, the model is expected to be around ₹ 4 lakh to ₹ 5 lakh cheaper than the bestselling Toyota Fortuner.