The Audi e-Tron 50 Quattro is the new base trim on the electric SUV and gets a smaller 71 kWh battery that is lighter too. 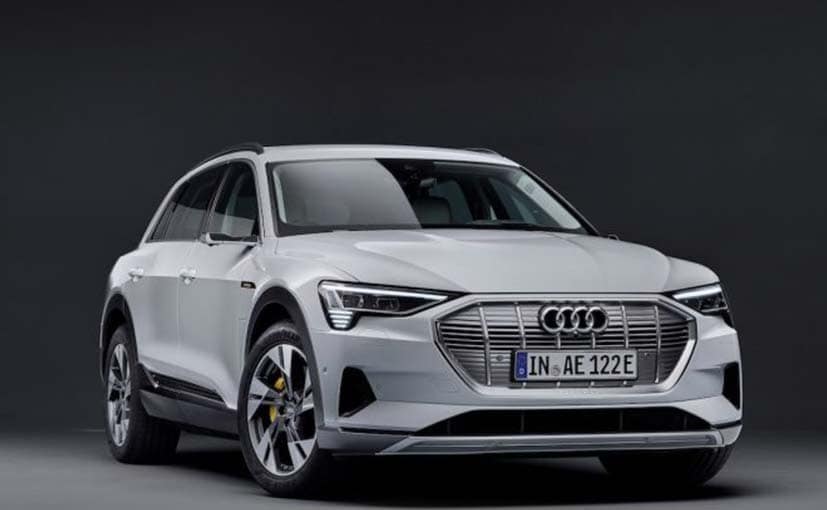 Audi revealed its all-electric SUV, the e-Tron recently in India and the model has now received a new entry-level variant for the international markets. Dubbed as the Audi e-Tron 50 Quattro, the base version is the lighter and more affordable iteration of the SUV that will sport a more accessible price too. This has been made possible largely due to the use of a smaller battery, compared to the one used on the range-topping e-Tron 55 variant, which helps weight savings of around 120 kg over the latter's 2565 kg kerb weight. The 71 kWh lithium-ion battery pack that limits the range to 300 km on a single charge in the WLTP test cycle. 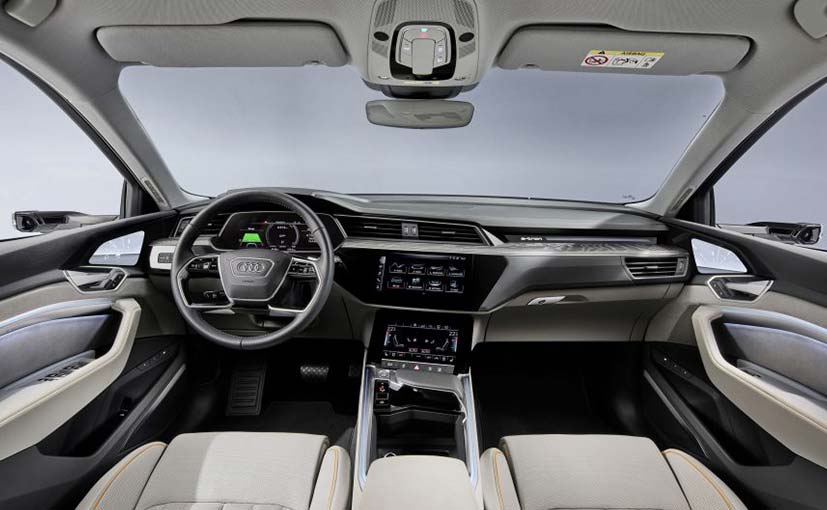 The new battery comprises 324 prismatic cells combined into 27 modules in the Audi e-Tron 50 Quattro. The smaller battery paired with the same electric motor that is seen on the higher-spec model, while the maximum charging power is limited to 120 kW, which is lower than in the more powerful model that is compatible with 150 kW chargers. In comparison, the e-Tron 55 uses a 95 kWh battery and promises a 100 km longer range than that on the e-Tron 50. Nevertheless, the lower spec version will still be able to charge up to 80 per cent in half an hour via a rapid charging network.

Audi says that the powertrain has been reapplied to increase efficiency, while the high voltage system has also seen changes. The lower weight also reduces driving resistance that further aids to improving efficiency on the electric SUV. On the e-Tron 55, the 95 kWh battery alone weighs 700 kg. The automaker has not revealed the weight on the new battery. 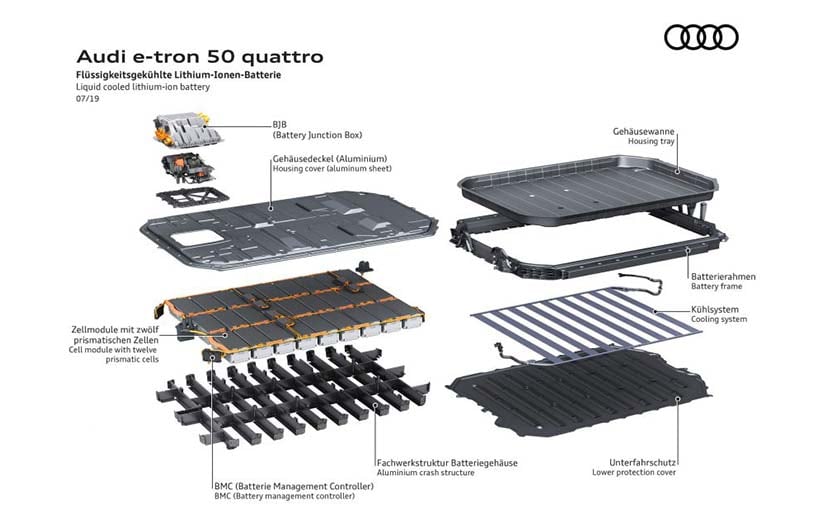 With respect to the powertrain, the Audi e-Tron 50 Quattro reduces less power too with the twin-motors churning out 308 bhp and 5 40 Nm of peak torque. Power is down by 94 bhp, while torque too takes hit from the 664 Nm on the e-Tron 55. 0-100 kmph comes up in 7 seconds, while the top speed is electronically limited to 190 kmph. As the name suggests, power is sent to all four wheels via the automaker's All-Wheel Drive system. The e-Tron 50 also comes with regenerative braking and also gets a host of connectivity features from the higher version.

The Audi e-Tron is the automaker's first-ever electric car and will be produced at the company's facility in Brussels, Belgium. The car is scheduled to enter India later this year, but it is unclear as to which variant will make it here. It will be interesting to see if Audi brings both variants in a bid to keep the asking price low on first electric offering.