Visually, the design of the Mahindra KUV100 remains largely unchanged, save for some considerable changes, which are distinct and noticeable to the exterior. The Mahindra KUV100 now gets revised headlamps while the grille takes inspiration from the updated Mahindra XUV500. 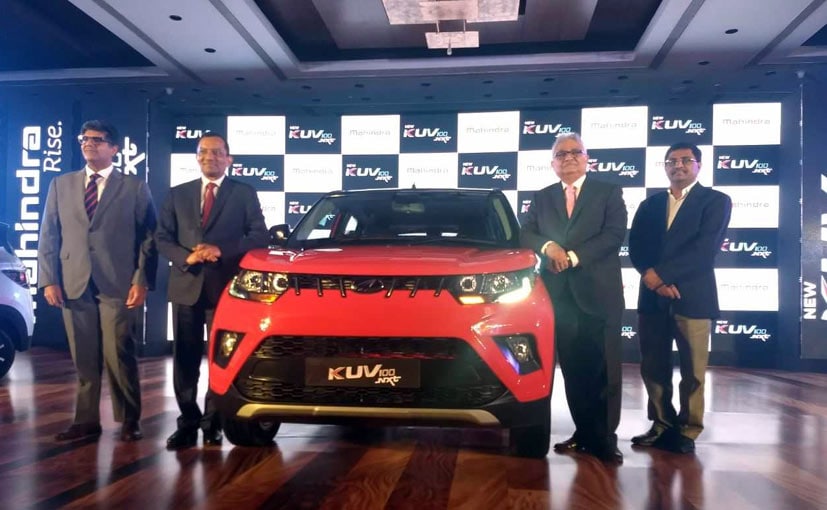 Mahindra KUV100 facelift has been finally launched in India today at a starting price of ₹ 4.39 lakh (ex-showroom, Delhi). The updated KUV100 comes in five variants - K2, K2+, K4+, K6+ and K8 options and the top-end K8 model is now priced at ₹ 7.33 lakh (ex-showroom, Delhi) for the diesel variant. Though technically it's still a hatchback, Mahindra continues to call it its smallest SUV. Having said that, the car continues to rival with the likes of, Maruti Suzuki Ignis and the Hyundai Grand i10.

Visually, the design of the Mahindra KUV100 remains largely unchanged, save for some considerable changes, which are distinct and noticeable to the exterior. The Mahindra KUV100 now gets revised headlamps while the grille takes inspiration from the updated Mahindra XUV500. The car gets an updated front bumper, which comes with a new mesh and has been tweaked to give it a fresh look making it a bit more contemporary. There's a bit more plastic cladding around the fog lamps and a faux skid plate finished in brushed aluminum is also seen at the front and rear, adding to the KUV100's SUV appeal.Also Read: Mahindra KUV100 Facelift: All You Need To Know

The profile of the updated KUV100 hardly sees any mentionable change except for the new alloy wheels and slightly revised ORVMs. At the rear, the new KUV100 facelift comes with new clear lens taillights with chrome bezels inside and black highlights, along with a revised bumper in line with the front unit.

The cabin, on the other hand, gets a new all-black treatment with brushed silver inserts for the premium touch. The lower trims will get grey interiors instead, but the overall layout remains unchanged. On the features front, the top-end K8 model now comes with a 7-inch touchscreen infotainment system with audio and navigation support. Safety features include ABS with EBD, dual front airbags and ISOFIX child seat mounts.