Mercedes-Benz says that "better treatment" in terms of taxation could lead to growth of luxury car segment in the country. Thus will help in job creation as well as increase tax collection from the segment. 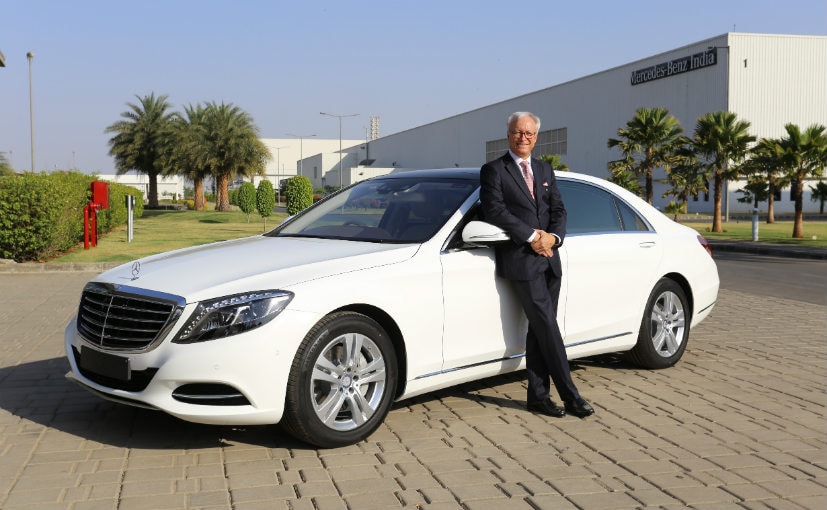 German carmaker Mercedes-Benz has pitched for lower taxes on luxury cars in India, saying the move will help in job creation as well as increase tax collection from the segment. The company reasoned that "better treatment" in terms of taxation could lead to growth of luxury car segment in the country. Under the GST regime, large cars with engine capacity greater than 1,500 cc and SUVs with length more than 4 metres and engine greater than 1,500 cc attract cess of 15 per cent in addition to the top tax rate of 28 per cent.

"We have seen in India that if in one hand something is given then on the other hand something is taken back," Mercedes-Benz India Managing Director and CEO Roland Folger told PTI. This is the basic reason why the luxury segment has not been performing better in the country, he added. "We (auto industry) are 7-8 per cent of the GDP and we can have a bigger share in the growth of the country but we also need some better treatment as far as taxation is concerned because there are few countries in the world which have higher taxes than what we see in India," Folger said.

Incidentally, overall tax incidence on locally-assembled luxury cars has come down from around 55 per cent earlier to 43 per cent in the GST regime. Several luxury car makers, including Mercedes, Audi and Jaguar Land Rover, have already reduced prices to pass on the benefit to customers. Elaborating on the need to have a standard tax structure across various auto segments, he said: "If you give same tax base as other car segments, we have to pay 28 per cent instead of 43 per cent and we can double our volume."

He further added that doubling the sales volume at 28 per cent taxation would bring in more tax overall, far outweighing the loss which would accrue by reducing the levy from 43 per cent to 28 per cent. "It will also lead us to create more jobs...Make in India can be massively pushed forward if that could be done," Folger said.

He further said: "Unfortunately, the government has not decided to give us 28 per cent so again the overall development is rather flat and not anywhere close to its real potential."

The country would not have lost revenue if it had kept the luxury car segment at 28 per cent tax rate, he said. "Jobs need to come from somewhere and if you don't make it attractive for us by increasing the volume you simply cannot create jobs," Folger said. "We can really contribute something to the betterment of the country. We are ready, we are able and we are interested to do that but you also need to let us do that," he added.

Folger noted that luxury car segment is far away from its full potential in the country. The segment accounts for less than 2 per cent of the overall car market in India. Under the GST regime, passenger vehicles now attract top rate of 28 per cent with a cess in the range of 1 to 15 per cent. Small petrol cars with engine less than 1,200 cc will attract 1 per cent cess, while those with a diesel engine of less than 1,500 cc attract 3 per cent cess.