Mercedes: Bring Down High Taxation for Make In India Campaign to Work 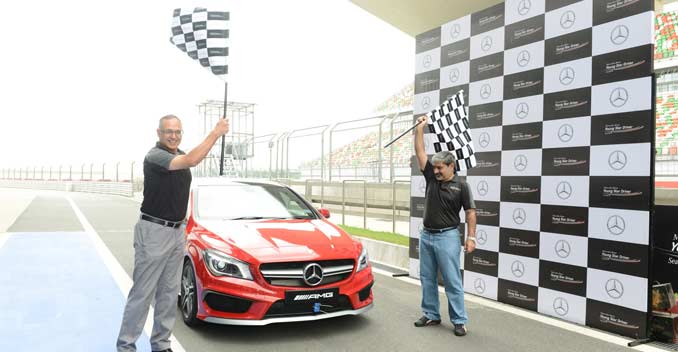 The government needs to bring down the 'unreasonable' high taxation on the auto sector for 'Make in India' campaign to be successful, according to German luxury carmaker Mercedes-Benz. The company's Indian arm, Mercedes Benz India also wants Finance Minister Arun Jaitley to consider bringing down import duty on luxury cars in the upcoming budget, besides focusing on infrastructure and improving fuel quality standards to propel growth in the sector.

"There is a need for harmonisation of tax structure in India as there are multiple taxes in states and it is very difficult to do business all over India right now," Mercedes Benz India Managing Director and CEO Eberhard Kern told PTI.

Stating that the company is fully behind the government to support 'Make in India', he said for that to be successful "you need to have a framework for supporting the industry".

Mercedes-Benz India has a manufacturing plant at Chakan in Maharashtra with an annual capacity of 20,000 units and assembles six models including the flagship S-Class and the latest model CLA.

Outlining the steps needed to modernise 'car park' on Indian roads, he said apart from improving infrastructure and fuel quality to Euro V and Euro VI standards, there has to be a tax structure "that allows different car manufacturers to develop their businesses in India".

Citing myriad Central and state taxes, Kern said in "many (car) products over 50 per cent of the price is taxes, which on a global comparison is unreasonable". He said the GST must be implemented in order to address these issues.

Stressing on the need to rationalise tax structure on the auto industry and support it, he said, "In the last five years the auto industry in India has grown around 10 per cent only from 2.2 million units in 2010 to 2.5 million last year."

Commenting on the withdrawal of the excise duty concessions, he said, "It came as a negative surprise. We didn't expect it."

On the luxury car segment, he said import duty must be lowered to increase volume in the segment, which could earn the government more tax revenue. "Last year the luxury car segment was 32,000 units, which is only 1.2 per cent of the total car market in India. It grew by just around 4 per cent compared to 2013," he said adding there was scope for the segment to grow.