The latest adventure bike from the Italian manufacturer is expected to make its public debut, either at the Intermot show or the EICMA show in Milan. 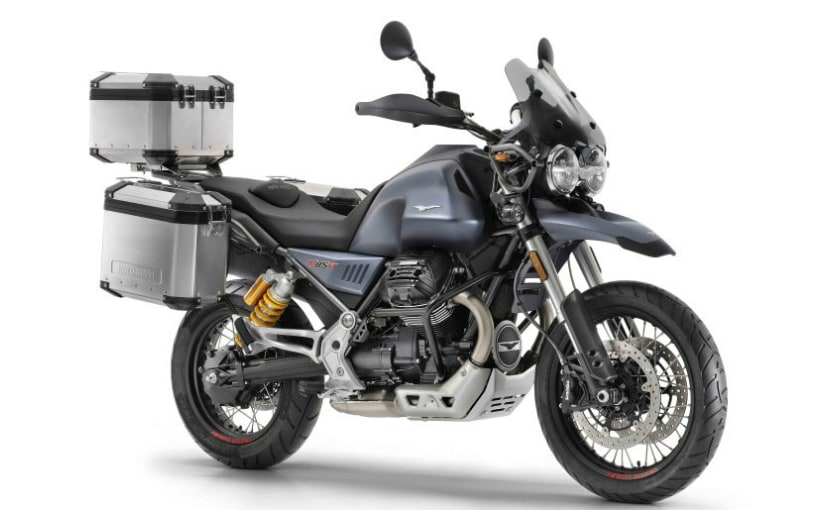 Moto Guzzi has revealed more details about the new V85 adventure motorcycle, which was revealed as a concept at the EICMA 2017 show. The V85 Tutto Terreno will be the first Guzzi model to utilise a new 850 cc, v-twin engine which is expected to make around 80 bhp of power. The same engine is expected to offer several models from the Moto Guzzi stable. The V85 TT features a new tubular steel frame, and uses the v-twin as a stressed member, long travel suspension and an asymmetrical aluminium swingarm, connected to a monoshock.

The Moto Guzzi V85 TT comes with 19-inch and 17-inch spoked wheels, and has been described by the Italian brand as a 'Classic Enduro'. The new motorcycle is said to draw inspiration from the rally raids of the 1980s, and from Moto Guzzi's own off-road heritage. So far, details are scarce about pricing and availability of the new Guzzi V85TT, but we expect more news and details coming out at the Intermot show in Cologne, Germany, with a full unveil of the new mode at next month's EICMA show in Milan.

Pictures of the new Moto Guzzi V85 TT have already been doing the rounds, and reveal quite a few details about the bike's design and colour options. The V85 TT is expected to be available on sale in early 2019, with a price tag of around 12,000 Euros, which is around ₹ 10 lakh at current exchange rates. Moto Guzzi may introduce the new V85 TT in India, sometime by the second half of 2019, in our estimates.

Moto Guzzi Audace
₹ 23.14 Lakh *
View More
Subscribe to Our Newsletter
Over 1.5+ Lakhs subscribers
Thank you for Subscribing to Us